Review #2 of 2: The Duchess of Malfi by Hidden Room Theatre

Nothing illuminates an involved story like excellent performances, and The Duchess of Malfi is full of them. The heart, soul, and agony of the play reside in Judd Farris’s character of Bosola, the murderer and spy.

The Hidden Room and Artistic Director Beth Burns have scored another spectacular success with their production of The Duchess of Malfi. The tragedy is a Jacobean drama written by Englishman John Webster in 1612 and 1613. As with many Jacobean (English Renaissance) dramas, the play is based on actual events in the lives of historical figures. The Duchess of Malfi, real name Giovanna d’Aragona, Duchess of Amalfi, was a tragic figure caught up in ...

Review #1 of 2: The Duchess of Malfi by Hidden Room Theatre

Judd Farris is a standout among standouts as grim, swift murderer Bosola; Robert Matney as the cardinal is Orsonian (as in Welles); and Ryan Crowder as the duchess's wicked brother goes mad with wild élan.

The Hidden Room  is a tight little Early Modern Drama gang grouped under the sheltering, nourishing genius of Beth Burns, and they've periodically been transporting a narrow, sophisticated slice of the city's theatre-going public back 400 years or so for what seems like forever. If that sounds like a convoluted timeline, consider this: CTXLT catalogs show 22 productions since April, 2010 by these gifted zealots. Most were of dusty dramas that only ... 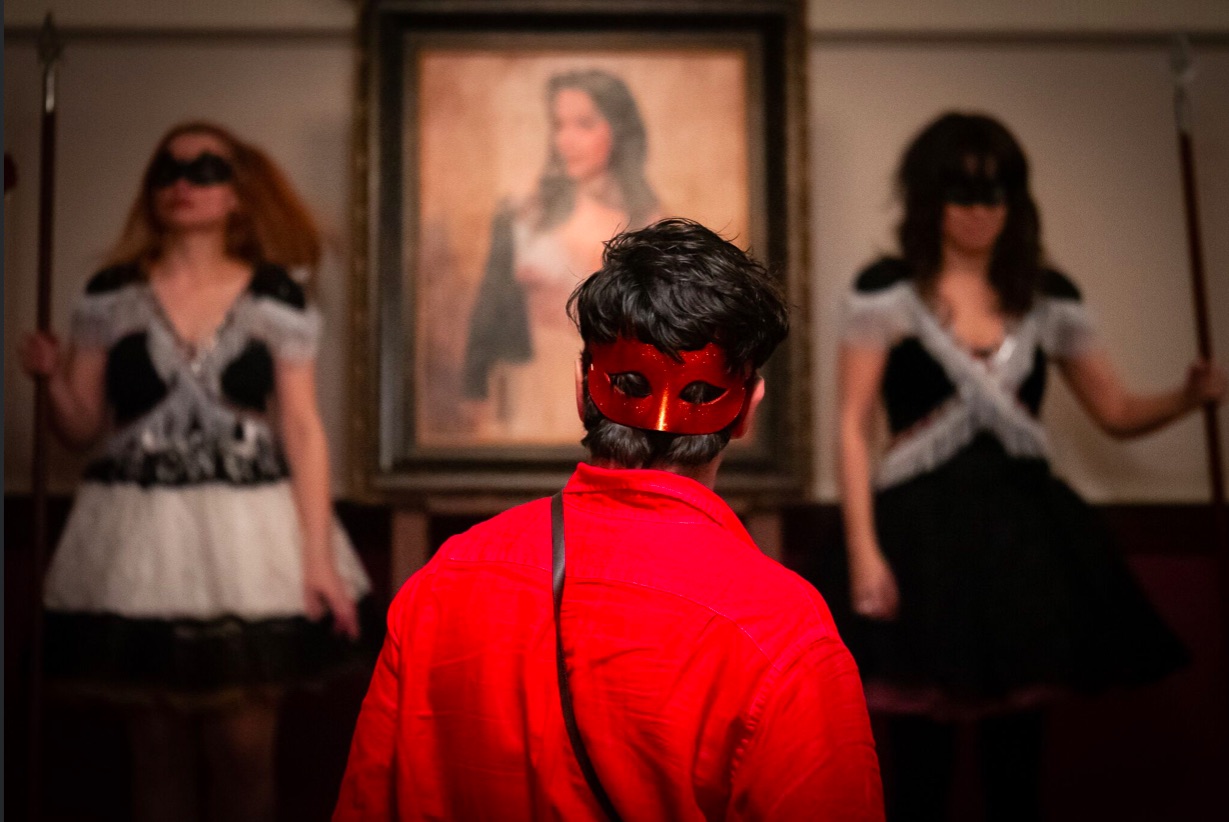 Aphra Behn’s The Rover is a Restoration action-adventure tale of libertinism, romantic intrigue, riches lost and won, kingdoms contested, and a whole lot of sexual violence. The piquant theme of sexual violence gives us romantic couplings, marriage, mistaken identities, jealousy and revenge, revelry, prostitution, flirtation, frank depictions of attempted rape, love every which way, wild dancing, and swordfight after swordfight. The tropes of mistaken identity, masquerades, and mannish boys (often in disguise) are those ... 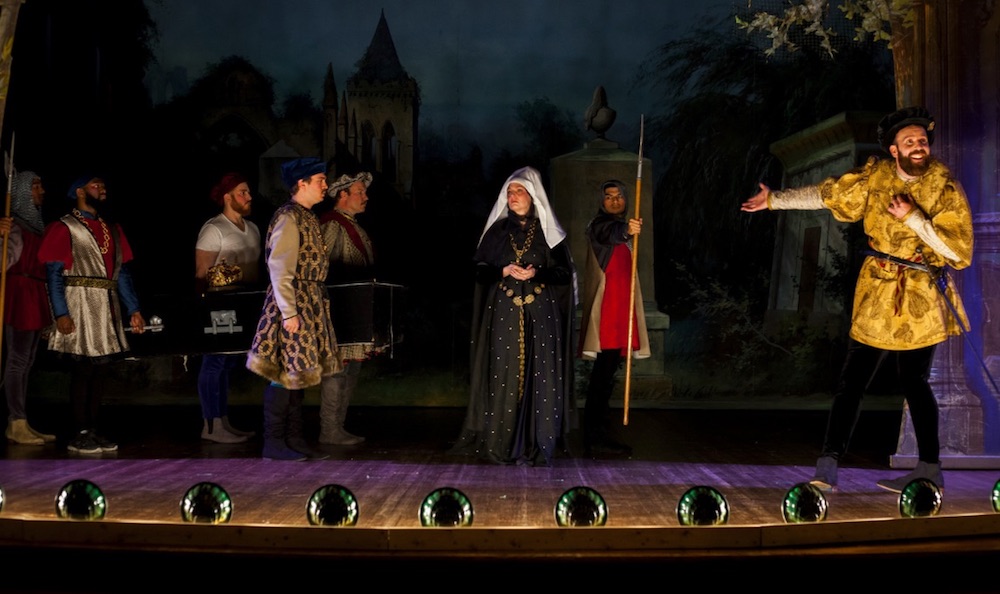 Director Beth Burns has gathered close around her a company of like-minded theatre artists who polish obscure gems and set them to shine on stage. Their revival of John Wilkes Booth's RICHARD III is dazzling and thrilling.

Booth’s Richard III is Colley Cibber’s Richard III with actor/director/theatrical impresario John Wilkes Booth’s inflections. Yes,  John Wilkes Booth.  His radicalizing take on Richard III was found in his director’s prompt book for the play, unearthed in the massive geological literary deposits of the Harry Ransom Center at UT Austin. The excavator was curator Eric Colleary, who recognized the significance of the find and communicated it to Beth Burns, Producing Artistic Director ... 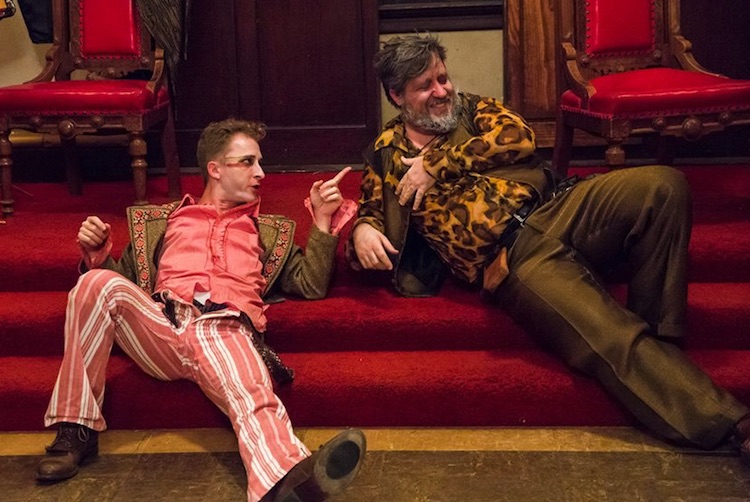 What all of us got was a rollicking, loud, action-adventure tale performed in live: Shakespeare amped, glorious, and compelling down to the last tear and blood splat.

At the end of The Hidden Room’s Henry the Fourth by William Shakespeare, the audience pauses to catch its breath. What have we just seen? The many people there on dates may have been expecting a dry reading of a play they read in college. People closer to the theatre scene may have expected a painstaking period drama in exquisite costumes.

What all of us got was a rollicking, loud, action-adventure tale ... 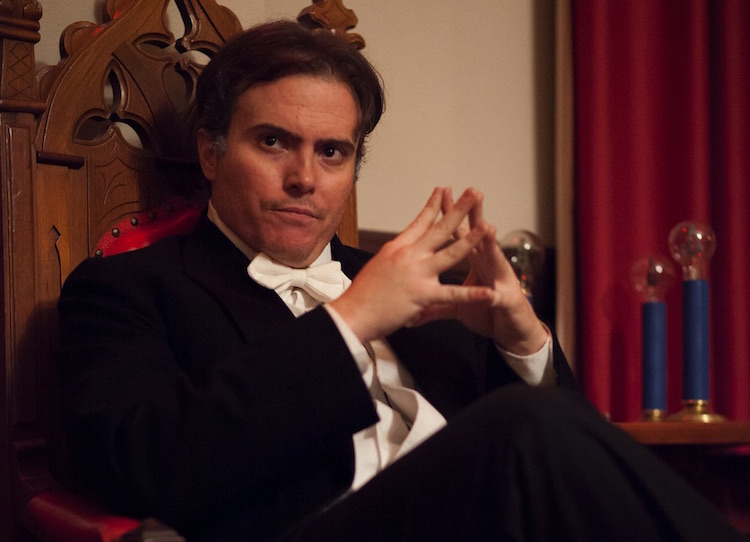 Review: Houdini Speaks to the Living by Hidden Room Theatre

Matriarch of the Hidden Room Theatre Beth Burns already had access to a venue appropriate for this conversation on the shadowy mysteries of the afterlife.  The third-floor meeting hall of the York Rite Masonic Temple downtown on 7th Street has been an ample but problematic space for other innovative costumed works. Its long rectangular space, generally deficient lighting, platforms with throne-like wooden chairs at either extreme of the room and awkward entrances and exits have ...