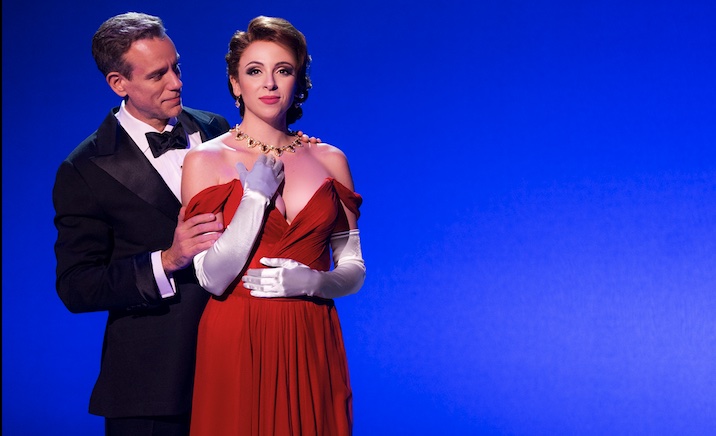 As they say in the movies, “It must be difficult to let go of something so beautiful.” And this is why people will always return to fairy tales like PRETTY WOMAN.

In its ongoing commitment to bring Broadway to the City of the Violet Crown, Texas Performing Arts and Broadway in Austin presented Pretty Woman: The Musical between January 17 and 22, 2023. Runs are necessarily limited for touring productions, but they are always worth trying to catch and tickets are on sale well in advance. Conveniently, most modern Broadway productions are familiar stories. Upcoming productions include Aladdin, Ain't Too Proud: The Story of The Temptations, … 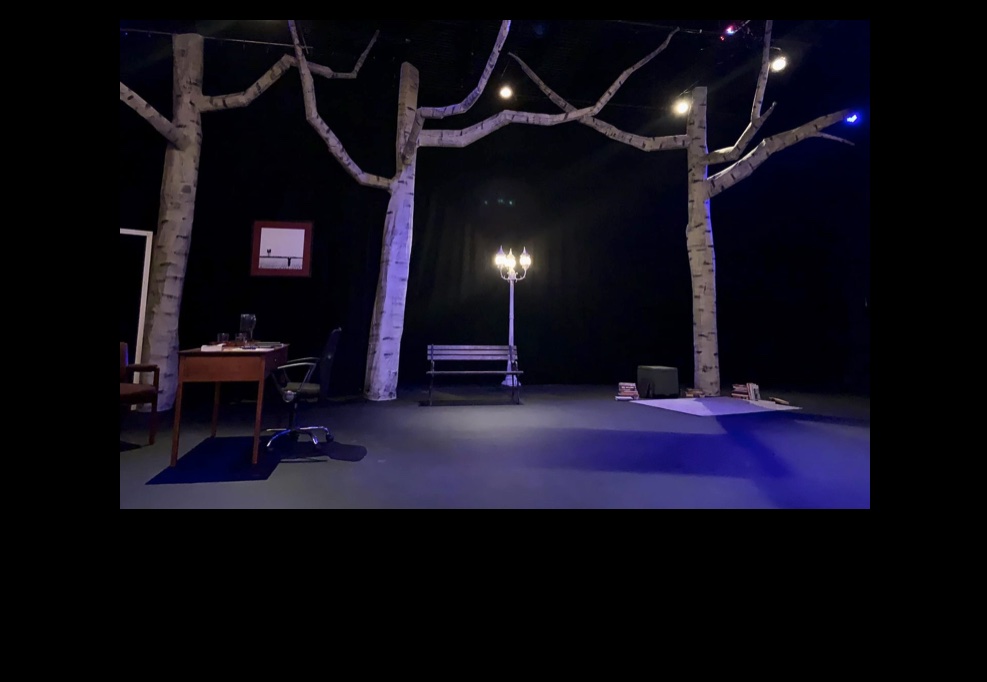 Review: The Sound Inside by Jarrott Productions

A rule-breaking student asks his creative writing professor to read a dark novella, a twisted take on Catcher in the Rye. Intimacy and intimations of suicide color this vividly produced story.

The Sound Inside by Adam Rapp shakes the earth without arrogance or condescension. With this and recent productions Jarrott Productions has found its stride on a high plateau of excellence in production and theatrical art. Much is due to the dramaturgy of Producing Artistic Director David R. Jarrott. In The Sound Inside, much of the excellence is brought to the audience by actor Rebecca Robinson, who plays fictional Yale faculty member Bella Baird. All of … 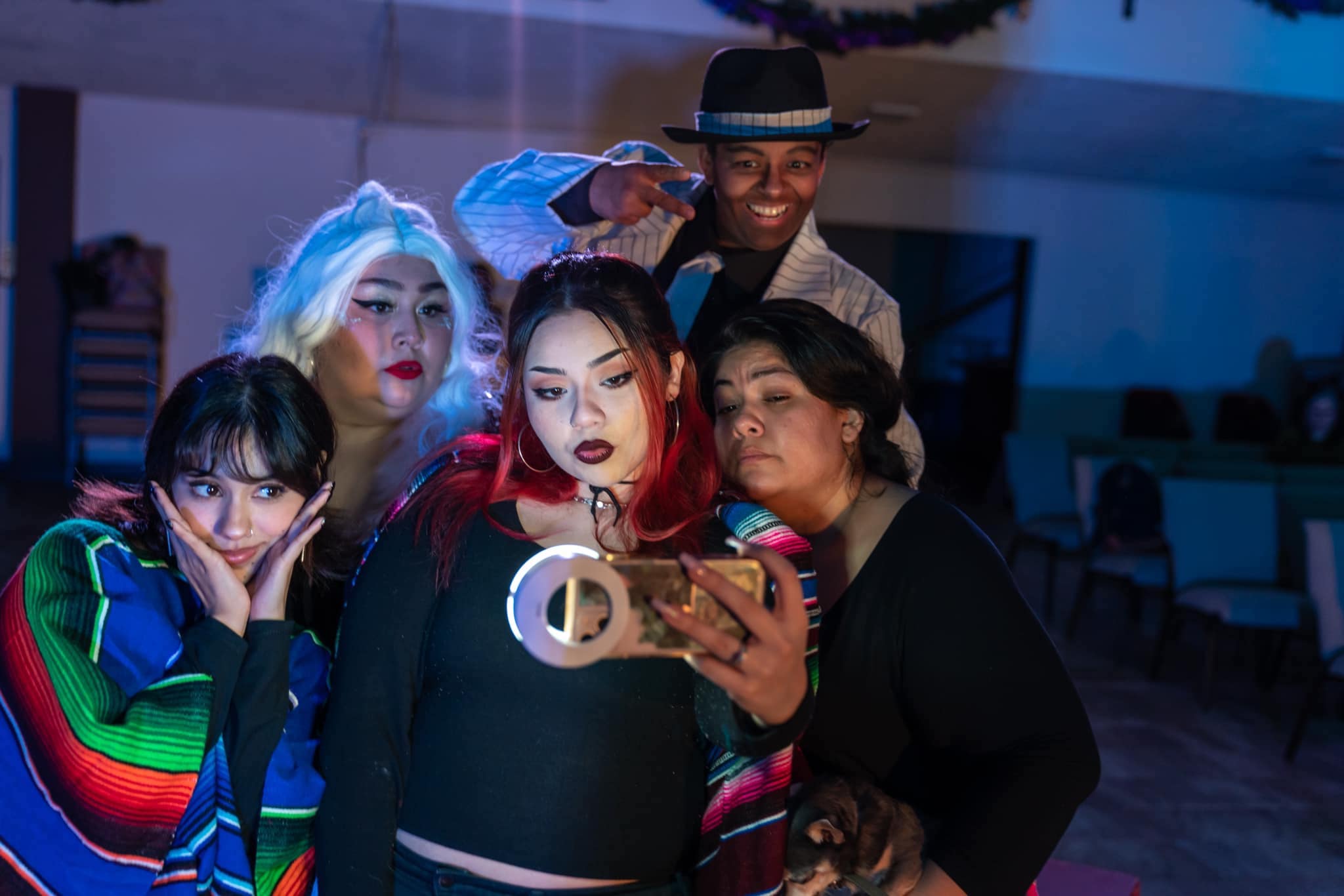 by Michael Meigs
Published on December 22, 2022

LA PASTORELA is usually intended for young audiences -- but it's a great amusement for all. José de Hoyos as Luzbelle the devil and Miranda Valdez-Williams as a Tik-Tokking shepherd were especially funny.

Almost all of us in the United States are deeply embedded in winter holiday traditions that we first encountered as children. Most typically, the church christmas pageant walking through the Biblical recital of the Christmas story or, for those less religious, Dickens' Christmas Carol, that enduring, sentimental admonition to love others. Both follow familiar, well-defined scripts.    La Pastorela, a Christmas tradition deeply rooted in Mexico, instead offers variations of a basic scenario, the shepherds' travel … 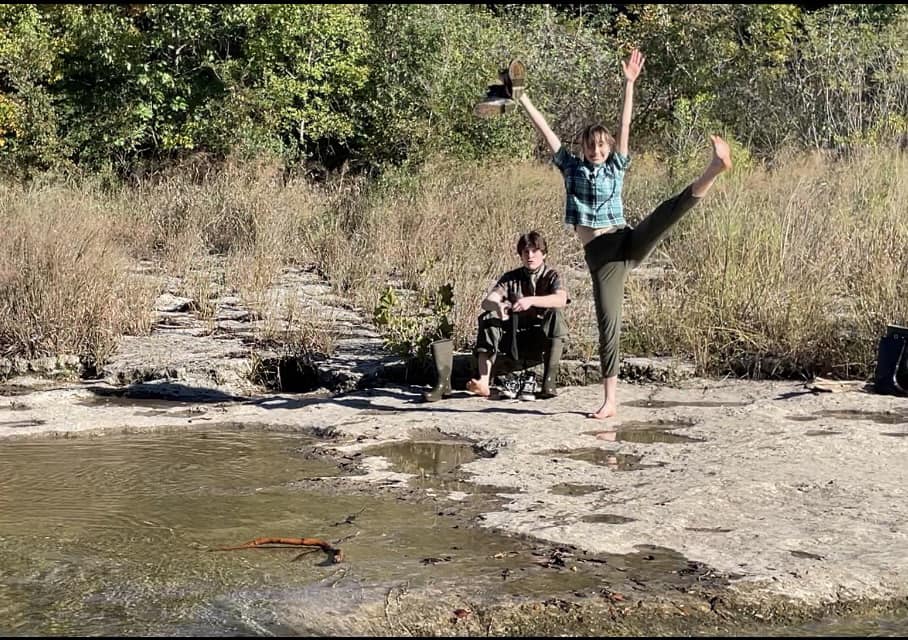 WE'RE HERE was yet another gemlike dance event given to the world by the Kathy Dunn Hamrick Dance Company. They are indeed here, and we wish fervently for them to stay.

We’re Here was the December 2022 offering of the Austin-based Kathy Dunn Hamrick Dance Company, headquartered at Café Dance in west Austin. Ever-innovative, Dunn Hamrick the choreographer  and her company formulated a visual guide for the aid and assistance of audience members. It was a rebuslike mural or map of symbols (hiking boot, cloud, microwave, etc.) taking us from the beginning to the end of the show. So we wouldn’t forget, the hardcopy map covered … 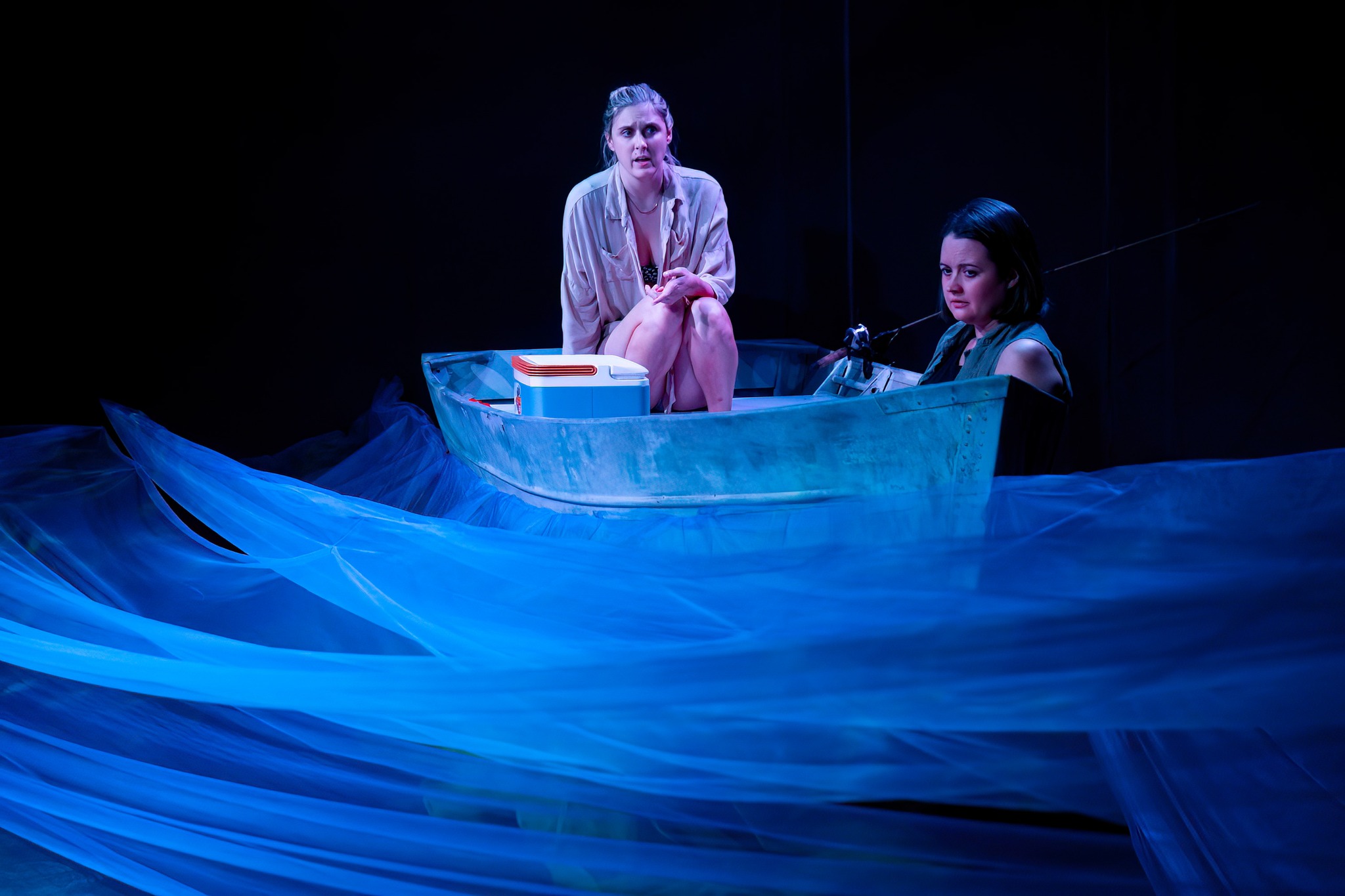 by Michael Meigs
Published on December 10, 2022

These extraordinary women actors explore tensions and attractions with a script at times wildly comic, at times charged with emotion. Highly recommended.

Two women. Together in a boat on a shallow bay in the Gulf of Mexico. Nobody else around. Another boat passes at high speed, and the women shout mocking defiance, yell bad advice, give them the finger.   No, this isn't a story of victimization. This seventy-five minutes delivers turbulence and a torment, but those are interior emotions. Playwright Audry Cefaly places her characters in the watery expanse of Mobile Bay or Florida's Redneck … 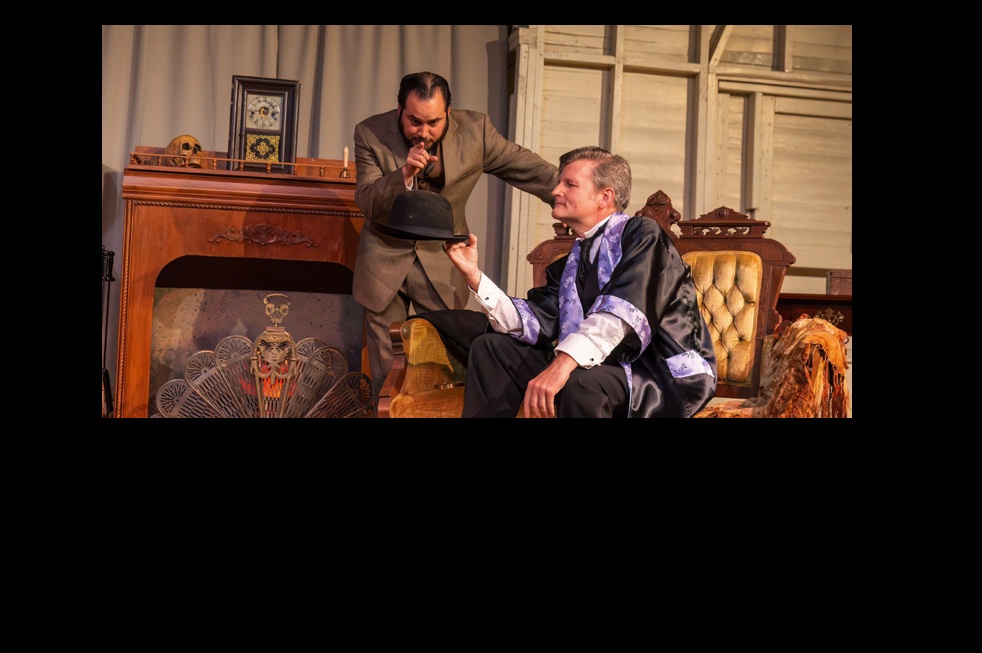 Review: A Sherlock Holmes Christmas by The Archive Theater Company

by Michael Meigs
Published on November 21, 2022

The venue is comfortable, the story's satisfying, the cast and staff are friendly, and the Christmas cheer comes happily sneaking up even on the occasional Grinch. Afterward, I was ready to face the holiday season!

Not to bah, humbug! about it, but December is a difficult month for theatre reviewers. And December—okay, the Christmas season—starts in mid-November. With a sigh, I tot it up once again this year: stages across the CTXLT region are putting up thirty-eight holiday plays this holiday season. THIRTY-EIGHT! Including eight versions of A Christmas Carol. EIGHT!   Oh, for some variation! A cracking good mystery, for example. Though preferably not Ken Ludwig's The Game's Afoot, or Holmes for the Holidays, opening …