Three anonymous plays share one mystery - they have all been at one time attributed to William Shakespeare. We blocked and costumed staged readings of these rarely-performed early modern gems, each extremely popular in their day, but now mostly forgotten.

The shows ran October 17th through November 1st, 2014 to standing ovations, hearty press, and jubilant scholars. It begins what we hope will be only the first of such apocryphal endeavors. 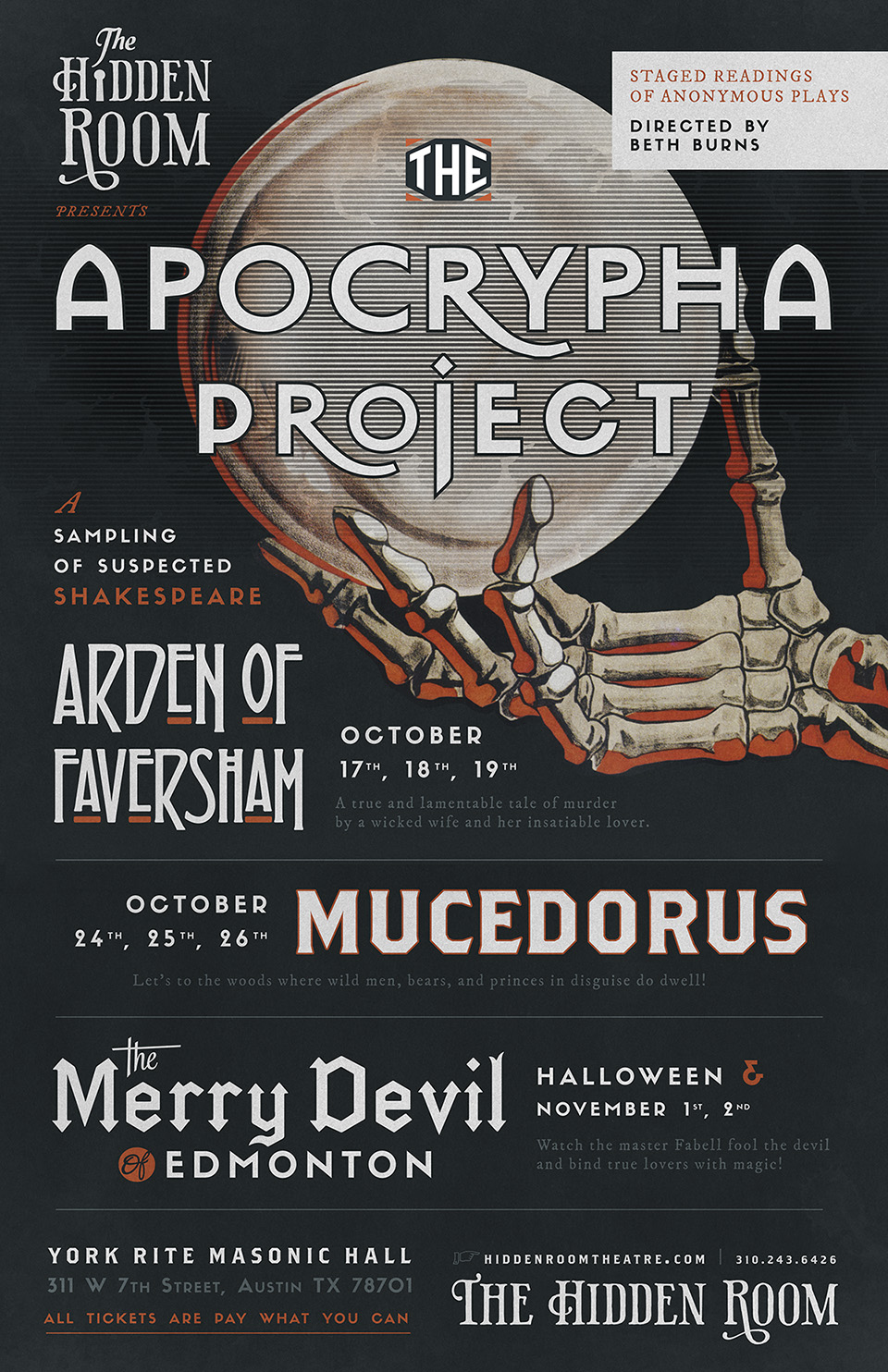