The Paisley Sisters’ Christmas Special, written by Steve Silverman, Jim Ansart, Joel Benjamin and Bret Silverman, is a gently humorous sendup of the holiday specials of the past, when color television broadcasts were major events and a single sponsor ran the whole program. Now playing at the Roxie Theatre, the show provides some colorful, holiday-themed fun.

The show is set in Manhattan during Christmas 1964. Color broadcasts are just coming into vogue, and networks are digging up any talent they can find to fill airtime and generate revenue. To that end, the Paisley Sisters, a fading all-girl singing act, have been signed for a holiday special sponsored by a rather sinister corporate giant, Plasticon.

The sisters — Connie (Beth Erwin), Bonnie (Gianna Rodriguez) and Lonnie (Krystal Newcomer) – have been on the road a long time, and they hope that this special will be the beginning of their big comeback. Their quartet is missing a singer, however – sister Ronnie has been overcome with a mysterious illness and is currently residing at Bellevue, so her spot is occupied by her fame-hungry teenage daughter, Abigail (Cali Hall). 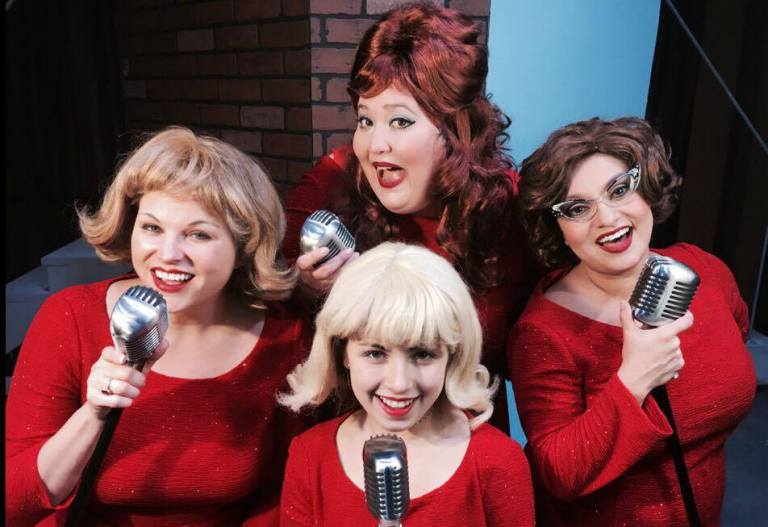 The plot of Christmas Special is rudimentary, alternating between musical performances and behind-the-scenes angst. The backstage business is rather weak (Abigail’s overweening ambition, Lonnie’s dead-end affair with the head of Plasticon). Fortunately, the onstage numbers and commercials for the sponsor’s hilariously toxic products (spray-on makeup fixative, anyone?), delivered by the sisters themselves, fare much better.

The songs are bouncy, yet appropriately vanilla, like something we’d hear the Lennon Sisters chirp on a typical Lawrence Welk Show, but there’s a subversive undercurrent in several of them that keeps the satire on track. Ultra-Christian Connie, who’s married to a Jewish entertainment bigwig, sings the hilarious “Two Holidays” as a lullaby to her mixed-religion son, who gets to celebrate Christmas and Hannukah. Then the feminist in vitro Abigail makes a plea to President Lyndon Johnson to allow women into the space program, with “Christmas on the Moon.” Finally, Bonnie – whose constant exposure to Plasticon chemicals (in her wig!) – is making her hallucinate, switches personalities mid-performance, transforming from sweet Mrs. Claus to red-hot chanteuse, belting “Mrs. Santa Claus Blues” – and Rodriguez absolutely nails it.

The show is brightly directed by Jonathan Pennington, and his scenic design is fitting for the television budgets of the era. One needs only to look at a Carol Channing/Pearl Bailey special from back in the day (yes, that did happen) to see how hilariously slapdash the sets were. He also uses a jazz combo – Natalia Skovorodina on piano and Bill Gowen on drums – which brings an appealing live aspect to the production. 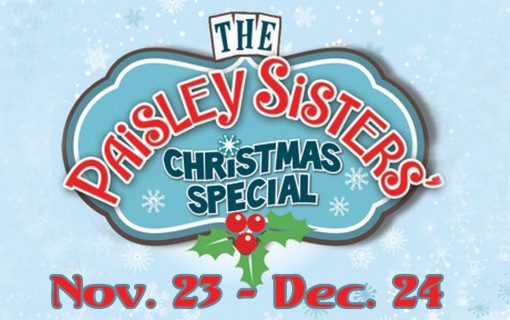