This is Shakespeare that you've never seen before, staged in an "original practices" style and at a court hall venue that the company couldn't possibly duplicate as a commercial production. You're in Austin, Texas, people, the through-the-looking-glass home of theatre practice, and this gem disappeared after a run of only three weeks  It walked away with Austin's B. Iden Payne 2011-2012 theatre award for outstanding production of a drama, and director Beth Burns got the Payne for best direction of a drama.

It was a sublime piece of staging.  We’re very lucky to have seen it and we have Beth Burns to thank.

Edward Hall of Propeller Theatre Company in the United Kingdom, a pioneer in the renewed 'original practices' stagings of Shakespeare, created this script from the three Henry VI plays written in the early 1590's by Shakespeare and others. These are almost never performed today; devotees of the Shakespeare-at-Winedale program of the University of Texas were able to see the components of the trilogy staged in the countryside in the summers of 2010 and 2011, with one marathon of all three done toward the end of the 2011 summer season.

Henry VI, Part 1, is the weakest of the three, in part because of its chauvinistic tone and some absurd plot turns concerning the French adversary led by Joan of Arc (that's Saint Joan to you, buster!). Hall solved this by excising much of Part 1 and crafting a two-part depiction of the Wars of the Roses from the remaining text. Hidden Room offered the two parts in rep during their 2012 run, on some weekends even providing audiences the opportunity to take a dinner break at table with the cast, further enriching the experience.

This Rose Rage was a fast-moving, thumping good time with lots of fight choreography, a full team of confident Austin Shakespearians and a couple of superb ringers brought in from the UK on an actor exchange program. 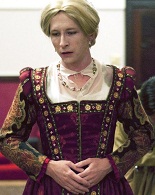 Hidden Room did the piece in the "original practices" staging, which worked just as well as it had for their earlier The Taming of the Shrew in the same space, a long Masonic meeting hall in downtown Austin. For example, Brock England's portrayal of the scheming Margaret of Anjou, eventually Queen Margaret, was canny, artful and completely convincing.

Rose Rage deserved far more description and applause than I was able to give it at the time, due to an extensive translation project. I was pleased when the B. Iden Payne nomination committee and its revised electorate agreed that this was probably the outstanding theatre event of Austin's 2011-2012 season.

Feature by Robert Faires for Austin Chronicle of July 27, 2012 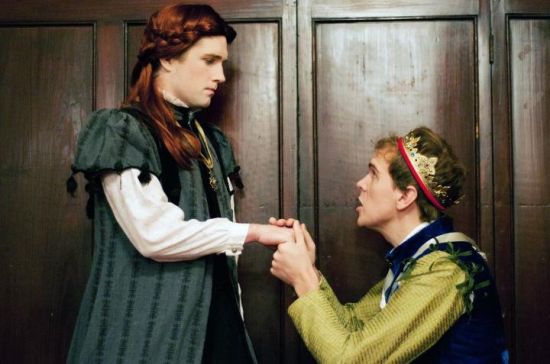 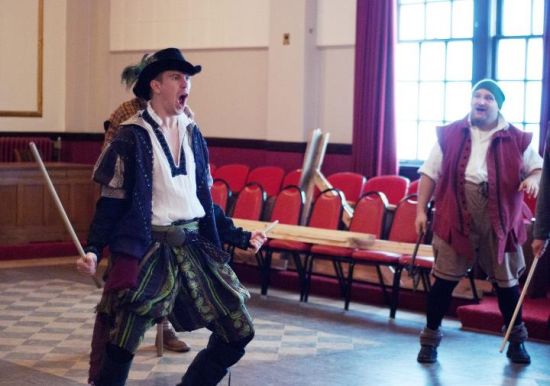 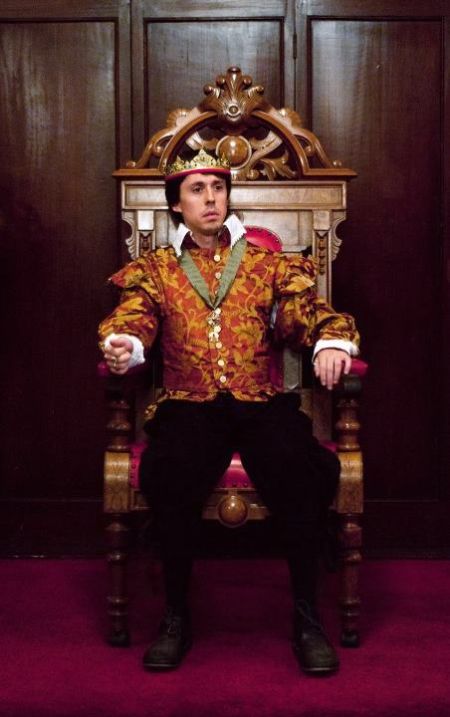 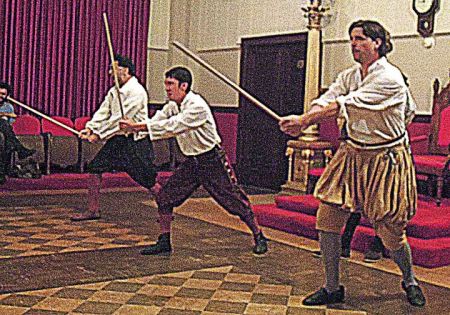 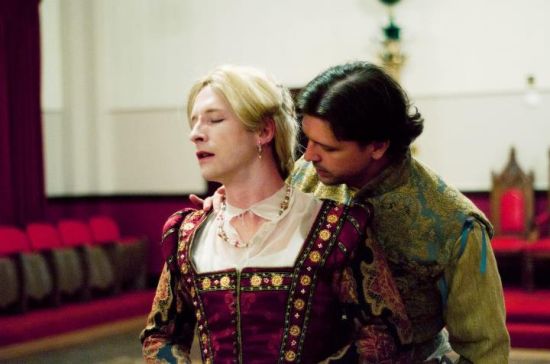 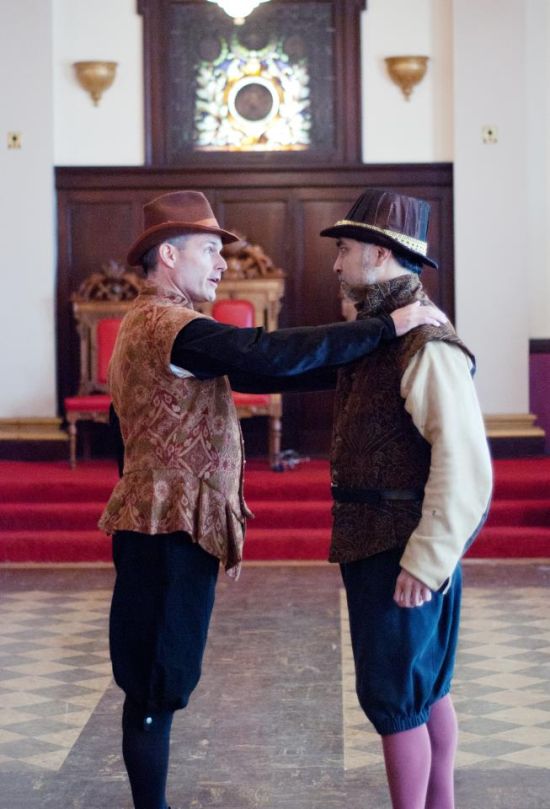 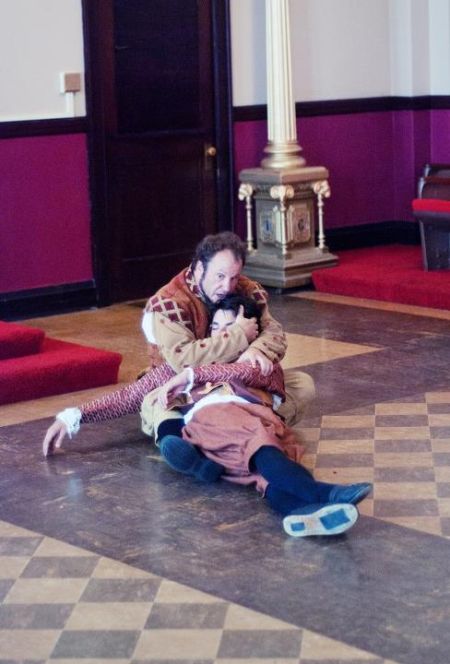 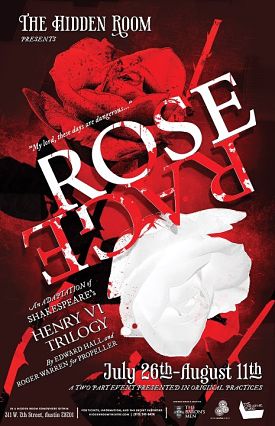