In his current All Over Creation essay in the Austin Chronicle Robert Faires muses over the moral dilemma you face when your theatre friends come to you after a performance you didn't particularly care for and expectantly await your reaction. Faires has been on both sides of that divide, for in addition to his roles as a reviewer, critic and arts writer he's an actor and a director, opening his staging of the comedy Moonlight and Magnolias for Penfold Theatre next week.

The opening paragraph above might make the Theatre en Bloc folks flinch, but please be reassured, everyone.  That's not where I'm going with this.  What intrigued me about Faires' meditation wasn't the dilemma he discusses but rather the reason that it occurs at all.

What I've learned through four years of theatre reviewing in Austin is that live theatre is community, whether it's happening on the polished and ever-better-financed stages of the Zach where they changed the logo last year to include the motto "Austin's Theatre" or at the "seat-of-the-pants" productions like Chris Fontanes' Stage that I reviewed last week.  Your response to your performer friend, acquaintance or family member really does matter, because you have bonded with that individual both in the world outside and by participating and witnessing the stage experience.  In the best of cases, you've even had the close up and personal experience of making theatre art with that performer somewhere else at some other time, investing yourselves in that common, perhaps communal, perhaps community experience.

That doesn't happen with touring shows or national media.  After all, Benedict Cumberbatch and Martin Freeman probably don't give a rat's ass about what you, personally, think about the Sherlock films from BBC and PBS.

The theatre writer may start out as unattached and an anonymous face in the crowd but that doesn't last. Actors, companies and theatre missions insert themselves into the reviewer's own history and emotional experience. Eventually, assuming the reviewer is devoted and to some extent trusted, he comes out. Not out of the closet, though I guess that could also happen, but out of the crowd. The reviewer becomes part of the community and then has to deal with those misgivings that Faires speaks of.

Dennis Bailey's Just Outside Redemption as staged by Jenny Lavery and Derek Kolluri of Theatre en Bloc wears its heart on its sleeve and it's as pure an example of theatre as community as any that I've come across. The tale of the lengthy but successful effort to secure Texas legislation against hate crimes, committed principally against homosexuals, is a rallying point not only for the LGBT community but also for the vast community in Austin that advocates tolerance. The fact that the Texas legislature passed the James Byrd, Jr. Hate Crimes Act in 2001 is notable in itself. Who'd have imagined that the Texas legislature could have been a pioneer in legal protection for difference and diversity? After all, Matthew Shepard was murdered in Laramie in 1998 but the U.S. Congress didn't pass its own "Matthew Shepard and James Byrd, Jr. Hate Crimes Prevention Act" until 2009, once that Democratic majority had arrived with Barack Obama. 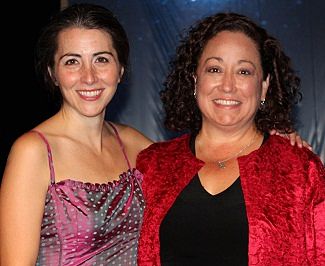 Bailey is listed as a co-author with David Mixner on the book Brave Journeys, a Profiles-in-Courage study of seven activists for gay and lesbian rights that included Diane Hardy-Garcia, one of the chief proponents for the Texas legislation. That book was published in May, 2001, at just about the same time that Governor Rick Perry ended the suspense by signing the bill into law. The Publisher's Weekly comment noted, in part, "Though their intent is obviously hagiography, Mixner and Bailey avoid maudlin sentimentality. If the authors occasionally indulge in feel-good overstatements, . . . they also provide compelling narratives of courage and tenacity, of ample inspiration and commemoration."

That's a pretty good summary of what playwright Bailey and the cast and crew have created in their re-telling of the story of Diane Hardy-Garcia. The audience is mostly of the faithful who know the outcome in advance and one assumes that they'll be indulgent with the performance. Bailey's story is tightly written and vivid. Derek Kolluri's direction moves the characters briskly and effectively against an impressive three-screen projected background that conquers and expands the City Theatre's space.

And, of course, the cast of actors, well chosen and extremely effective ("Yes, I was really impressed by your performances, every one!").  Suzanne Balling as Hardy-Garcia has the spunk and intensity to hold our attention throughout.  The script is not really effective in depicting and then resolving the disaffection that arises between the zealous, overworked protagonist and her female partner, played by Sydney Barrosse, but we're left to assume that legislative victory might someonday lead to connubial reconciliation. (In real life, it did not.) 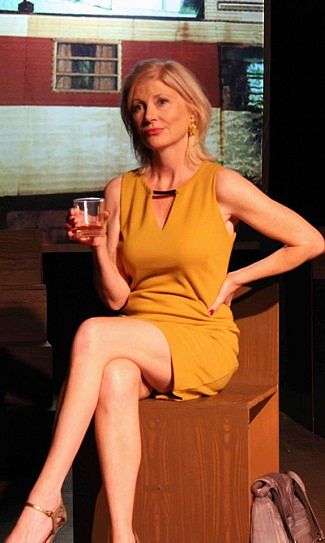 There are no small parts or small actors in this staging.  Beth Broderick as Charlene the seen-it-all rich Republican wife from Lubbock provides superb comic moments that leaven the plot and advance the action; Feliz Dia McDonald has a charismatic star turn late in the action as African-American legislator Rep. Senfronia Thompson. Rangy, unkempt Ryan Hamilton is a convincingly burned-out shell much of the time, half-destroyed by the murder outside Redemption, Texas of his partner Billy (Scott Teeters, who also has fine presence later as a recalcitrant conservative legislator).

Christopher Michael as Senator Ellis chooses to portray the man as cautious rather than inflammatory, so he provides a cool counterweight both to Hardy-Garcia and to Senfronia. David Shea Henne is a relaxed Young Man Friday to Hardy-Garcia and has a couple of funny lines about the flurry of activism into which he has inadvertently stumbled. Rounding out the cast, David Lee Hess is the wary Texas heavy, both as the sheriff and as a legislator.

And having witnessed the story,  probably less known to me than to anyone else in the room, it was a kick afterwards when the cast called down some of the real protagonists, including Hardy-Garcia herself. In the excitement of the effective retelling of what was really a legislative history and in the midst of the adulation of those who brought it about more than a decade ago, that sense of community and common purpose was reaffirmed.

And that, after all, is one of the reasons that live theatre exists, especially in and around Austin. 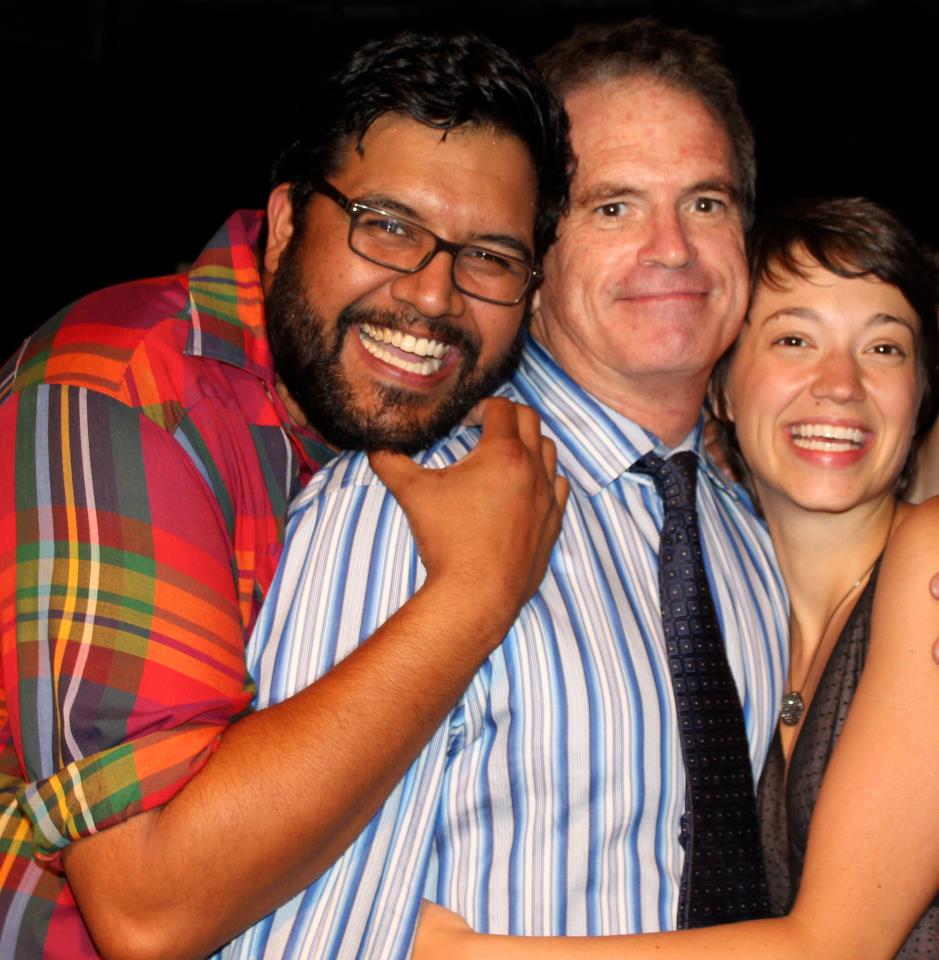 Review by Dan Solomon for the Austin Chronicle, September 27

Review by Karl-Thomas Musselman at the Burnt Orange Report, September 27 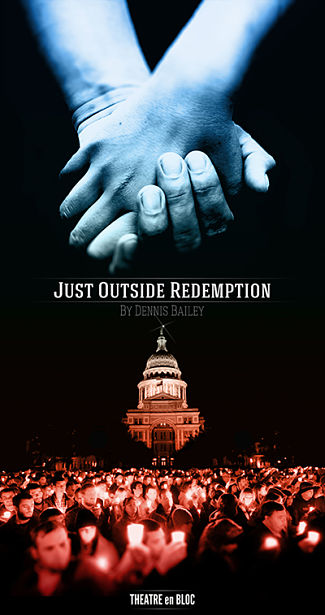 Theatre en Bloc creates and shares elegantly rendered theatrical events, both new and extant, that collide with the question:

What does it mean to be alive in the world today ...