Fat Pig tells the story of Tom, a stereotypical professional in a large city, who falls for a very plus-size librarian named Helen. They meet in a crowded restaurant at lunchtime and get to talking. Tom is taken with her brash acceptance of the way people see her and her honesty. He asks her for her number and they start to date. A couple of weeks later, Carter, Tom’s best friend, starts to notice the signs of Tom having a new girlfriend. He obnoxiously pesters him for information about the new girl and in order to get it mentions it in front of a woman from accounting, Jeannie, who has been seeing Tom on-and-off for a while. She gets very upset which gets Tom to admit that he is “sort of” seeing her. Carter asks Tom what he is doing that night, and Tom says he is busy. Carter knows then that he is meeting Helen at a restaurant Tom frequents, Tom denies it and says it is a business dinner with people from the Chicago branch of their firm. Carter, not believing him, stops by the restaurant and sees them together. He approaches them and introduces himself to Helen, and she excuses herself to go to the restroom. While she is gone Carter thoroughly insults her weight and calling her a lot of horrible things, not knowing that this is Tom’s new girlfriend. He assumes then that Tom was telling the truth about the people coming in from Chicago, since he thought that Tom would never date anyone that “fat”.

Later that week Jeannie pays a visit to Tom in his office. She has found out that no people from Chicago came to visit. She demands to know what is going on with him and her and he says that he is not interested and will never be again. Earlier, she and Carter had been gossiping about the “fat cow from Chicago,” which is how Jeannie found out about the whole thing. So once Tom says that it wasn’t a business dinner, she flips out and smacks him, hurt that he would pick someone like Helen over her. Carter looks on and sort of apologizes for being rude about Helen, saying that he didn’t know she was his girlfriend. He asks to see a picture and after a lot of pestering gets one from Tom. He then proceeds to run down the hall and show everyone. Throughout the rest of the play, Carter tries to convince Tom that he should “stick to his own kind.”

Meanwhile Tom and Helen are falling more and more in love. Helen is offered a better job in another town but she doesn’t want to leave Tom. She asks if she can meet his friends, when he is hesitant, she knows that he is ashamed of her. But not wanting to give her that impression he tells her that she will meet his friends when they have a work barbecue on the beach. The day arrives for the outing, but once they get there they are secluded from everyone. Helen brings up her concerns and gives him an ultimatum, either accept all of her and that includes defending her to his friends, or this cannot work. He replies that he cannot handle it and that she should take the job in the other town and both are left broken hearted. 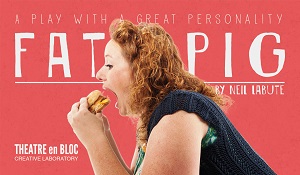