With a face and shape we’ve appreciated in Austin theatre, throughout the last decade, Jesus I. Valles has established a sensitive, genial, sometimes even bashful persona  both in edgy productions from folks like The Vortex and kt shorb’s Generic Ensemble Company and in warm or innovative Latinx works like those of Teatro Vivo.

(Un)documents, a one-hour biographical piece written and performed by Valles, cracks open that affable shell to reveal the harrowed boy, teenager, and man caught between cultures, countries, and identities. He developed it at Austin’s Vortex 2017-2019, including at the FutureX festival. Valles’s writing in this script is vivid, eloquent, always riveting and often full of anguish; Rudy Ramirez’s direction sends him slipping seamlessly from character to character and scene to scene, using the magic of memory, minimal props, and haunting effects. 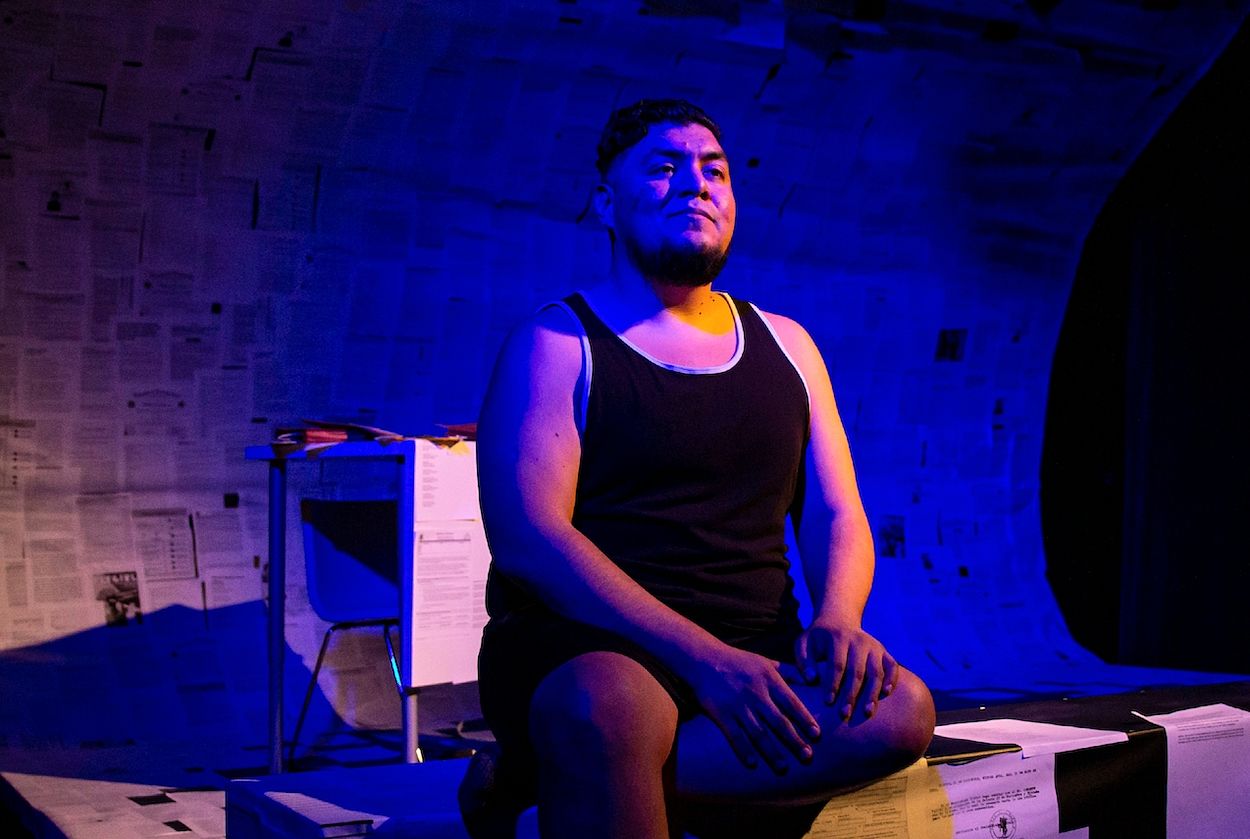 Recounting details of his own life, Valles proves decisively that citizenship is “a collection of accidents” and that those in its shadowlands never fully escape from fears, not even when granted full status. The litter of papers across that simple table onstage is symbolic of the tangle of documentation imposed by law and demanded by enforcement, ever on file somewhere and ever threatening. Speaking of his family, most of whom have survived the snares and brambles of that legal desert, he declares “We are impossible people, fashioned of necessity, will and dust.” 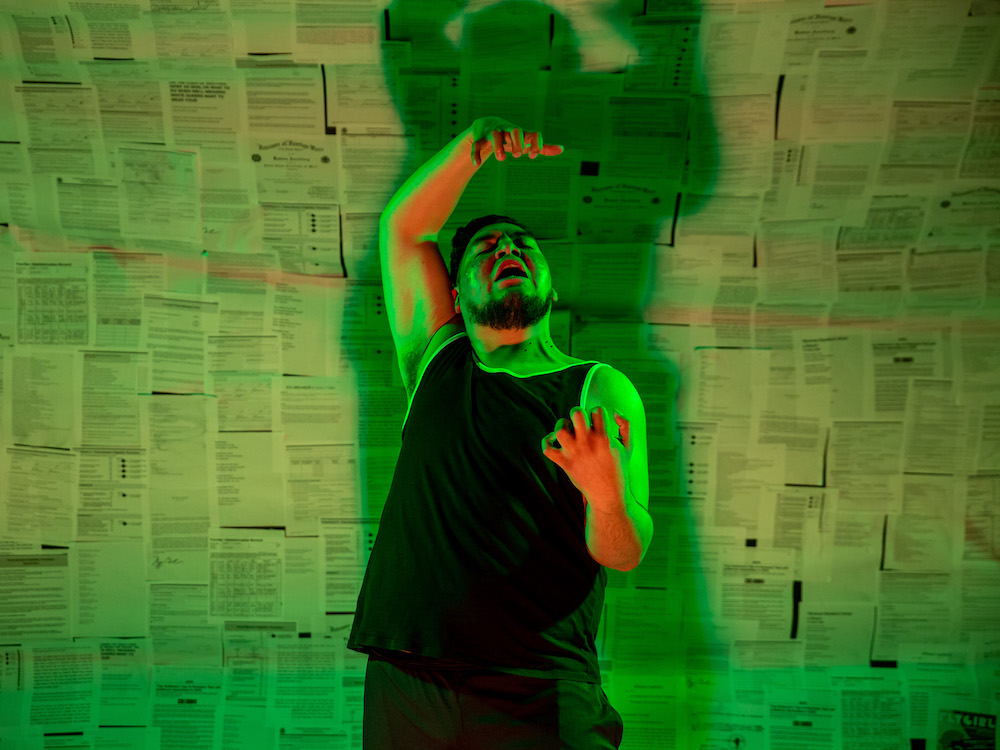 I missed this work when Valles staged it to wide acclaim. He has taken it on the road, and now Teatro Audaz brings it to San Antonio, in the space of the Public Theatre. Jesus Valles is breathtaking in his depiction of himself, of his people, and of the rest of us. Tejanos don’t need the teaching that benefited me as an outsider and a lover of powerful, sincere theatre; but anyone who knows and appreciates their world will listen, nod, occasionally gasp, and agree with Jesus. 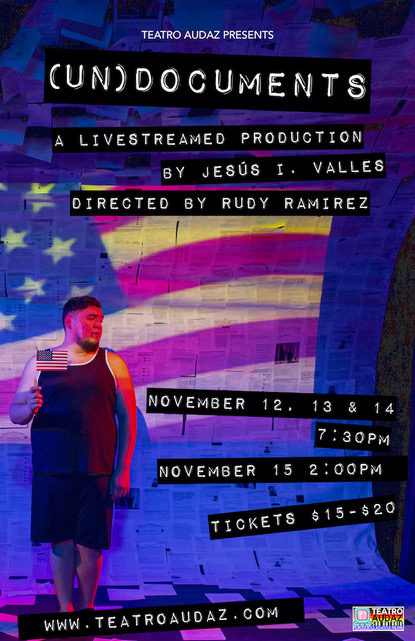