Anyone familiar with the original The Marvelous Wonderettes, the long-running musical revue that introduced theatergoers to the bubbly quartet, should make sure to put Winter Wonderettes, now playing at the Roxie Theatre, on their must-see list. And if you aren’t familiar with the Wonderettes, you should do it anyhow. It will give you a delightful dose of Christmas cheer. 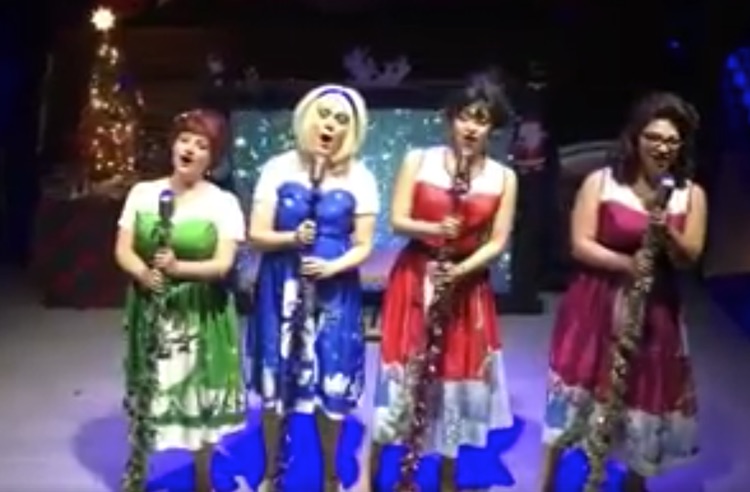 It’s 1968. Ten years have passed since the Wonderettes performed at their high school prom, and Betty Jean (Corina Zars) has brought the group back together to headline at the Harper’s Hardware Christmas party. Since she is an employee of the store, she assumes the leadership role, only to be usurped at every turn by Missy (Angelique Paccione). They are joined by the bubbly but perpetually pregnant Suzy (Natalie Buster) and sultry Cindy Lou (Alexia Nash) for a performance of holiday standards, squabbles, and frantic vamping to cover for the fact that their Santa Claus keeps missing his onstage cue, despite their many calls of “He-e-e-e-re’s Santa!”

Betty Jean is unable to wait any longer, so she hands out the holiday bonuses against the written warning of Mr. Harper himself. She is shocked to find a pink slip in her envelope, informing her that the store is closing and all employees are being laid off. While she goes to the bar to drown her sorrows, the rest of the ladies soldier on through the show. This being Christmas, however, there are more miracles to be revealed.

Roger Bean’s book is simple but fun, serving as the tree on which to hang the holiday standards while the Wonderettes sing and talk sass. 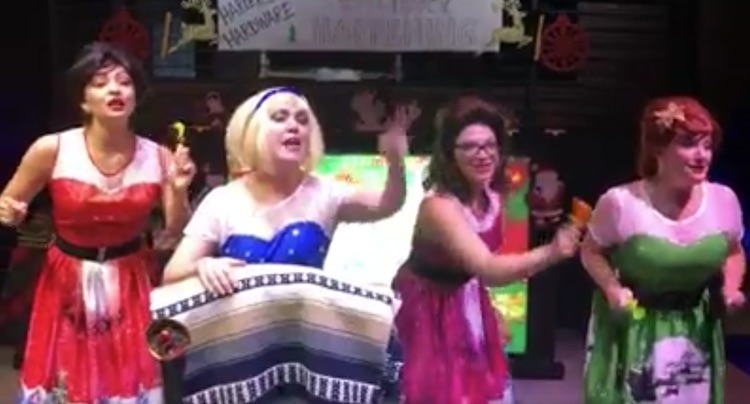 The Roxie’s production really delivers. Zars, Paccione, Buster, and Nash all possess terrific singing voices and their harmonizing is spot-on.
Their comedy camaraderie is also a delight.

The simple set design (credited in the program to “Harper’s Hardware”) is highly appropriate for the production, and Zars’ cute/tacky costuming fits the bill. Indeed, both Zars and Paccione are double (and triple)-threats, Zars providing fine direction while Paccione brings the perfect “girl group” choreography.

There’s lots of interaction in the show, which includes audience members being brought onstage to participate in the songs and identified as prospective dates (or husbands) by the girls. It’s a lot of fun. And who can resist hearing such swinging standards as “Rockin’ Around the Christmas Tree,” “Run, Rudolph, Run,” and “What Are You Doing New Year’s Eve”? It’s an appealing combination of theater and nightclub performance. 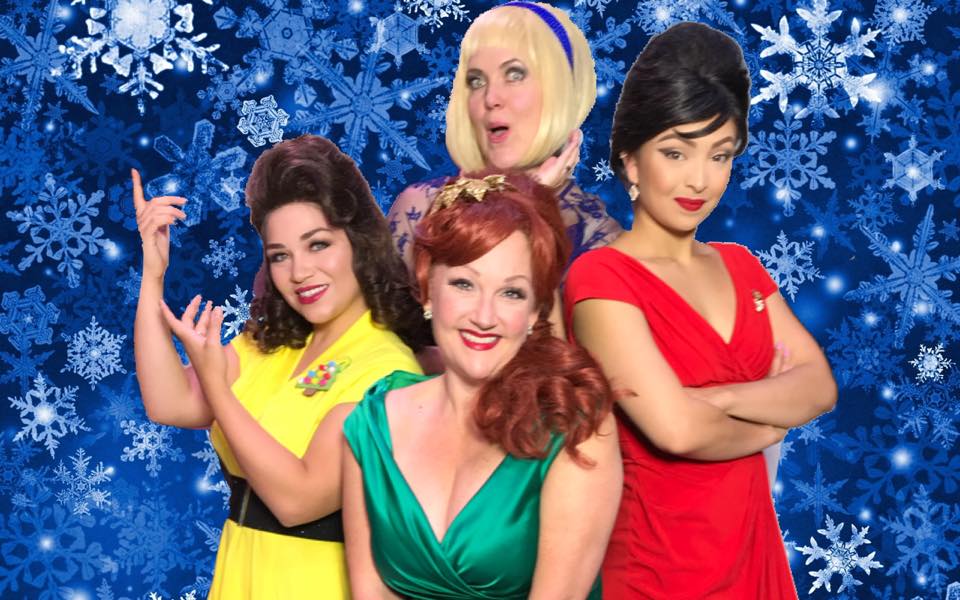