An evening of one-act plays: 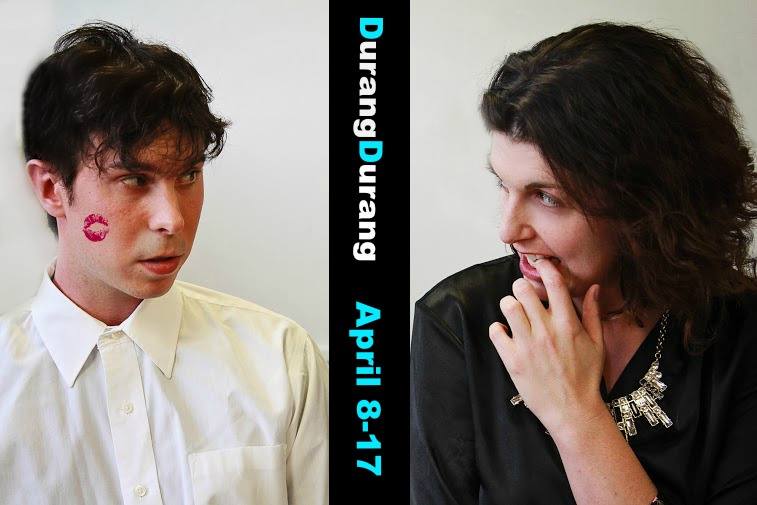 MRS. SORKEN, a middle-aged suburban matron is scheduled to give a lecture on the meaning of theatre, but has lost her notes. Relying on memory, her comments are dotty, but definitely endearing. (1 woman.)
FOR WHOM THE SOUTHERN BELLE TOLLS. In this parody of The Glass Menagerie, the fading Southern belle, Amanda, tries to prepare her hypersensitive, hypochondriacal son, Lawrence, for "the feminine caller." Terrified of people, Lawrence plays with his collection of glass cocktail stirrers. Ginny, the feminine caller, is hard of hearing and overbearingly friendly. Brother Tom wants to go the movies, where he keeps meeting sailors who need to be put up in his room. Amanda tries to face everything with "charm and vivacity," but sometimes she just wants to hit somebody. (2 men, 2 women.)
A STYE OF THE EYE. In this parody of Sam Shepard's A Lie of the Mind, cowboy Jake is a rage-oholic who has probably killed his wife, Beth (played by a male). Ma, his feisty, no-nonsense mother with a bad memory, thinks Beth "deserved" it and wishes her own husband were dead (he already is). Jake, also schizoid, becomes his own "good brother Frankie" and goes to find Beth's family. Beth shows up, not dead, but damaged, and talking gibberish. Jake's sister, Mae, also shows up, in love with her brother. No problems are solved, but a great deal of "meaning" is in the air. (3 men, 4 women.)
NINA IN THE MORNING is a style piece à la Edward Gorey. A tuxedoed narrator presents Nina, a preposterously narcissistic wealthy woman, attended by her butler, a silent maid, and her three children. The interwoven time-frame juxtaposes scenes from Nina's past misbehaviors with the present morning when she can't seem to get the butler to bring her a cruller. (3 men, 1-2 women, flexible casting).
WANDA'S VISIT. Jim and Marsha have been married for thirteen years and are feeling a little bored and unhappy. Wanda, Jim's old girlfriend, shows up for a visit and becomes the guest from hell. Out one night for dinner, all hell breaks loose in the restaurant as a waiter tries to cope on his first day with the confused threesome. (2-3 men, 2-3 women, flexible casting).
BUSINESS LUNCH AT THE RUSSIAN TEA ROOM. Chris, a writer, has a business meeting at the Russian Tea Room with a new Hollywood hotshot, Melissa. At the Tea Room, Melissa pitches insane ideas to Chris who can't wait to just leave this meeting. Once home, he tries so hard to write up the idea of a priest and a rabbi who fall in love (and other complications) that they appear to him to help him through. (3 men, 3 women.)
"With the help of Mr. Durang, the fine art of parody has returned to theater in a production you can sink teeth and mind into, while also laughing like an idiot. Parody of this comic verve is as much fun as the sort of marvelous party Noel Coward once sang about. I couldn't have enjoyed it more." —NY Times. "If you need a break from serious drama, the place to go is Christopher Durang's silly, funny, over-the-top sketches, DURANG/DURANG." —TheaterWeek.