Piece of the Puzzle
by Oh Dragon Theatre Company

A week before his wedding Robert struggles with the idea that married life will change him and not allow him to follow the career he's passionate about.

Three different characters portray Robert. With old friends and family in town for the wedding, he takes time to reconnect with high school buddies, relatives, and finds that the people closest to you will often hurt you the most. During the play the three actors playing the main character will interchange between scenes and interact with other characters. At the end of the play we see how we all are made up of little pieces and that we all play a part in each other lives. 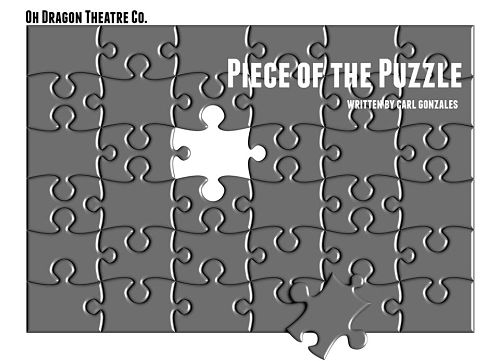