Texan political journalist Molly Ivins was a sharp-witted and bestselling author of Bushwacked, an in-depth analysis of the George W. Bush Administration. She began her journalism career in 1967 at the Minneapolis Tribune, where she became the first female police reporter at the paper. She then became editor of the liberal biweekly magazine The Texas Observer in the early 1970s. From there, Ivins worked at the New York Times from 1976-1982 before spending ten years with the Dallas Times Herald. Molly Ivins became the most widely read self-proclaimed “pain the ass to whatever powers come to be.”

Red Hot Patriot was produced by Austin Playhouse as a virtual play in October 2020. For the first time, Cyndi Williams will perform as the Texas icon for a live audience. Following each performance will be a live Q&A with Williams. Tickets on sale now at austinplayhouse.com/redhotpatriot.

“Working on the script, I have been struck by how painfully relevant her words are today in our current political mess,” said Cyndi Williams on portraying Molly Ivins. “But you know what Molly would say to that? She would say that the fight to extend the freedoms in the Constitution to everyone in America is still a battle (except she would somehow say it in a really hilarious way) and that we must celebrate the joy of a good fight.”

The October performances with talkback will take place at Austin Playhouse’s new interim performance space located in the heart of West Campus at 405 West 22nd. Free street parking is available with paid parking conveniently located across the street in the Callaway House Parking Garage.

Live talkback with Cyndi Williams to follow the screening 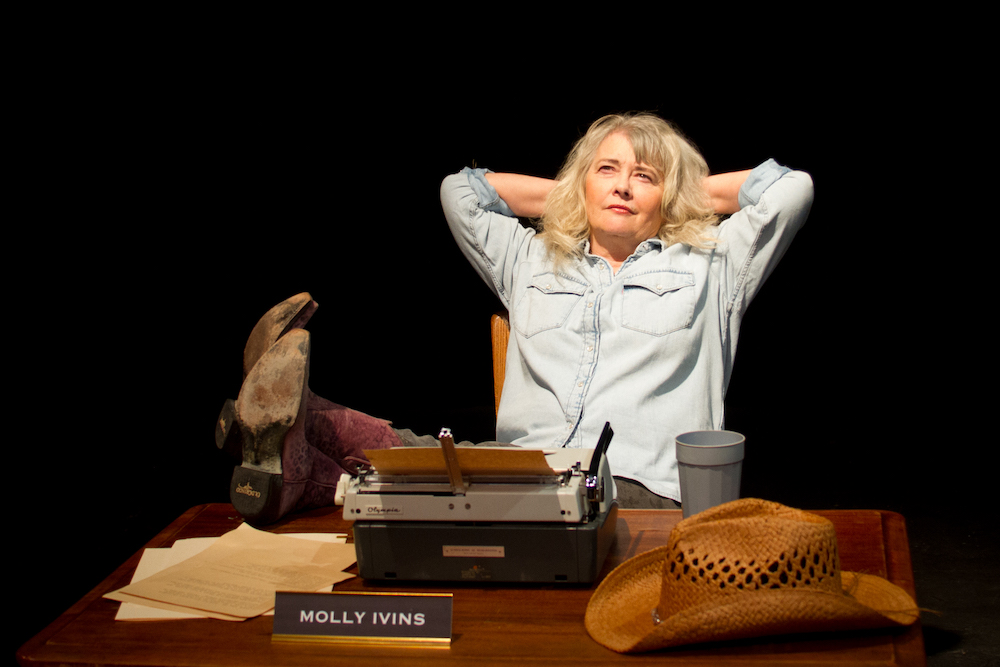