The Mesquite Tree
by Teatro Audaz

With a little bit of masa and some leftover meat, a single mother can make enough tamales to feed her family for an entire month; but Blanca wants more for her granddaughter than to be pregnant at fifteen and stuck in a small house in South Texas with five generations of abuelas. Can she change her family’s destiny before there’s another mouth to feed?

The Mesquite Tree, An American Tragedy by David Davila 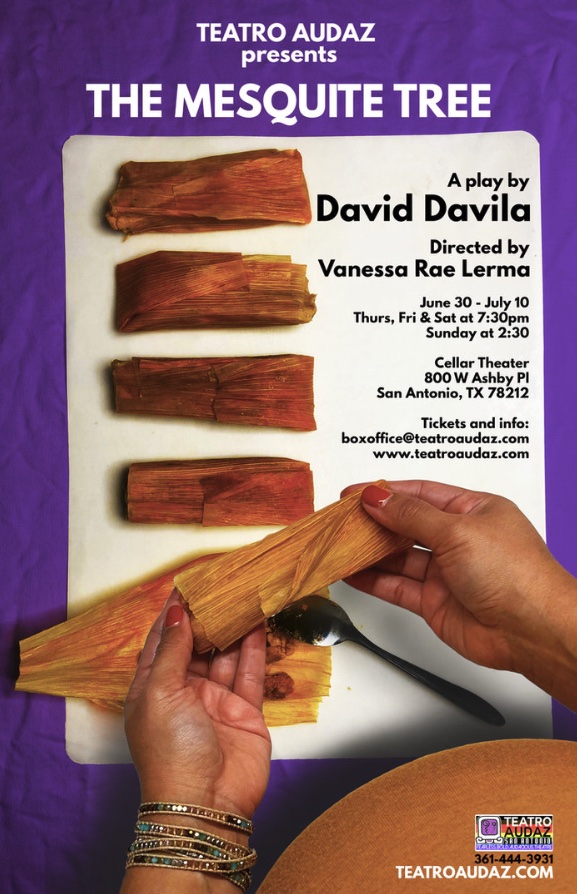