Hedwig and the Angry Inch
by Roxie Theatre Company

This groundbreaking Obie-winning Off-Broadway smash also won multiple awards for its hit film adaptation. It tells the story of "internationally ignored song stylist" Hedwig Schmidt, a fourth-wall smashing East German rock 'n' roll goddess who also happens to be the victim of a botched sex-change operation, which has left her with just "an angry inch." This outrageous and unexpectedly hilarious story is dazzlingly performed by Hedwig (née Hansel) in the form of a rock gig/stand-up comedy routine backed by the hard-rocking band "The Angry Inch." Using songs and monologues, Hedwig tells her story, which began in the former East Berlin where as Hansel he meets Luther, an American GI who promises to take the young man to the States on the condition that he switch his sex. After the bungled operation, Luther abandons newly named Hedwig in a Kansas trailer park, where she turns to music and meets geeky Tommy Speck, whom she takes under her wing and soon falls for. Tommy steals her songs, achieves rock star fame, and Hedwig is once again cast aside. She decides to demand redress and stalks Tommy's world tour, performing in the T.G.I. Fridays that are situated next door to his stadiums. Hedwig describes her life's search for "The Origin of Love" and her other half. It's a rocking ride, funny, touching, and ultimately inspiring to anyone who has felt life gave them an inch when they deserved a mile.

Our Website: www.roxietheatrecompany.comContact/More Information: The Box Office can be contacted at (210) 360-9180 or boxoffice@roxietheatretickets.info 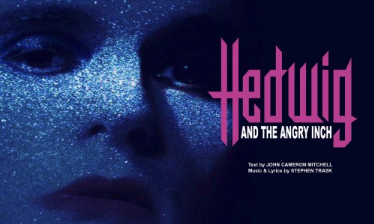