“We’re thrilled to partner with Woodlawn Theatre and to help them continue the amazing work they’re doing for the arts in San Antonio,” says Jennifer Molina, marketing team leader for Whole Foods Market. “We can’t wait for Team Members, shoppers, and members of the community to get to know and support this incredible organization with us at Whole Foods Market.” 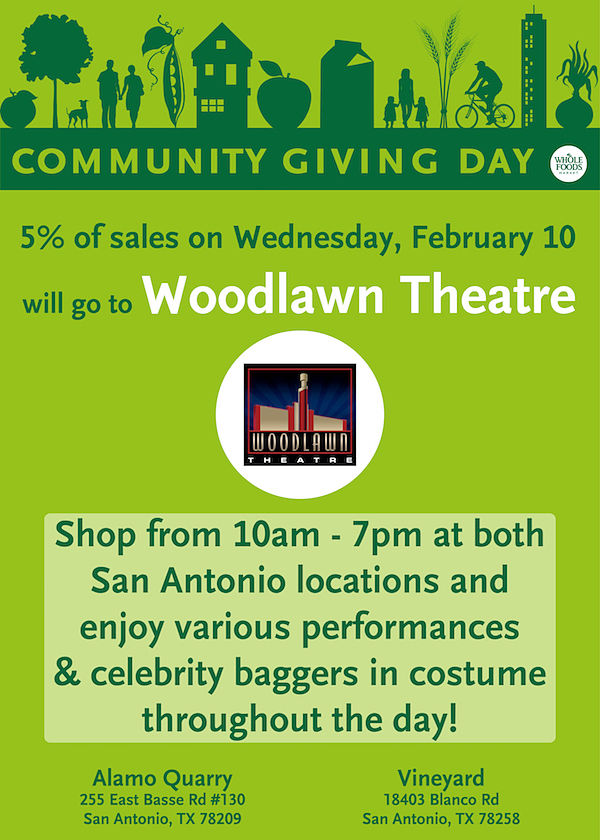 The Woodlawn Theatre will have celebrity baggers in costume at check-out registers throughout the day. Four pop-up performances, free and open to the public, will take place at 2 p.m. and 6 p.m. at both Whole Foods Market locations. Performances will feature the cast of ROCK OF AGES belting out their favorite 80s songs and inviting shoppers, Woodlawn Theatre fans and Whole Foods Market Team Members to sing- Karaoke style. Additionally, youth and adult performers will bring Broadway to Whole Food Market by performing popular songs from some of Broadway’s most beloved musicals.

Woodlawn Theatre staff also will set up information tables at both locations from 10 a.m. to 7 p.m. to greet shoppers and distribute information about 2016 theatre and academy programs.

Rock of Ages
by jukebox musical of the 70s and 80s, book by Chris D'Arienzo
Woodlawn Theatre 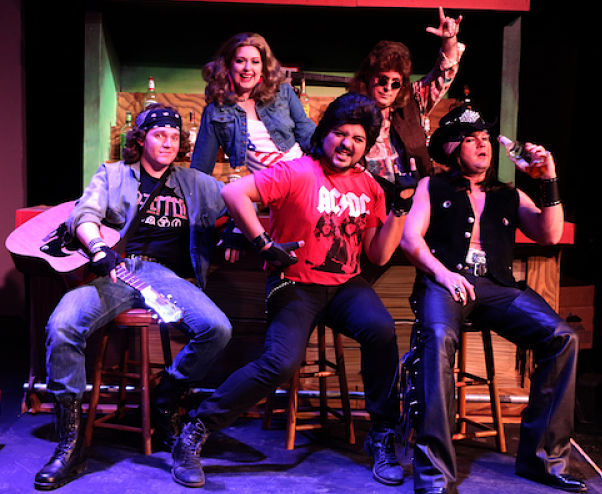 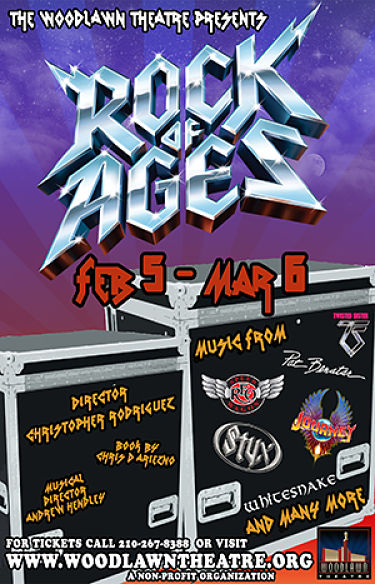