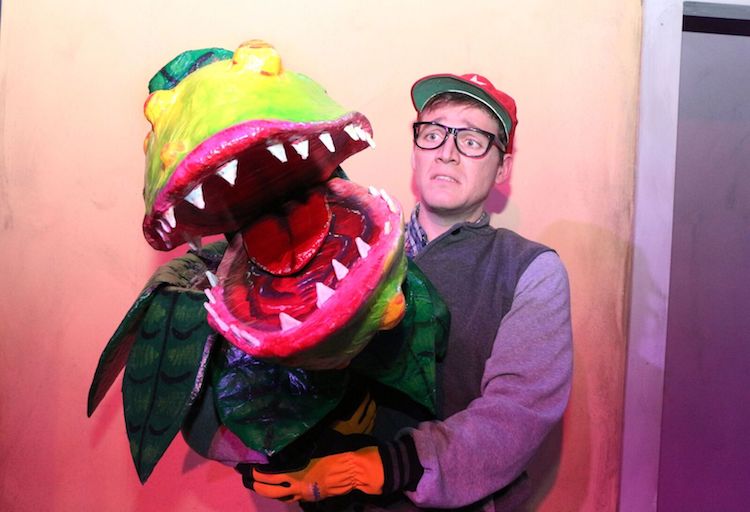 Populated with morbid themes, yet propelled by a bright score courtesy of Howard Ashman and Alan Menken, the musical production of Little Shop of Horrors is an intriguing hybrid of darkness and light – like finding an orchid in a landfill.

It tells the story of Seymour Krelborn, the hapless employee of a Skid Row flower shop run by the cranky Mr. Mushnik. The store’s only other employee is the pretty but tacky ... 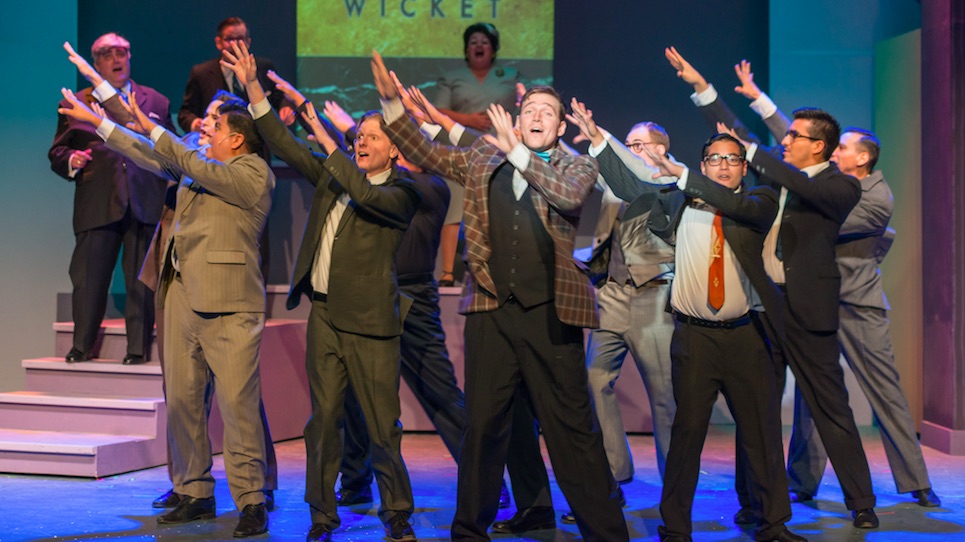 Review: How to Succeed in Business Without Really Trying by Woodlawn Theatre

by Kurt Gardner
Published on September 10, 2017

Sort of a comic Mad Men with musical numbers, Frank Loesser and Abe Burrows’ Tony award-winning How to Succeed in Business Without Really Trying arrives at the Woodlawn Theatre in a typically enthusiastic production.

The plot centers around one J. Pierrepont Finch, a window-washer with ambitions to climb the corporate ladder. Using the book “How to Succeed In Business” as his guide, he infiltrates the corporate offices of World Wide Wickets and ingratiates ... 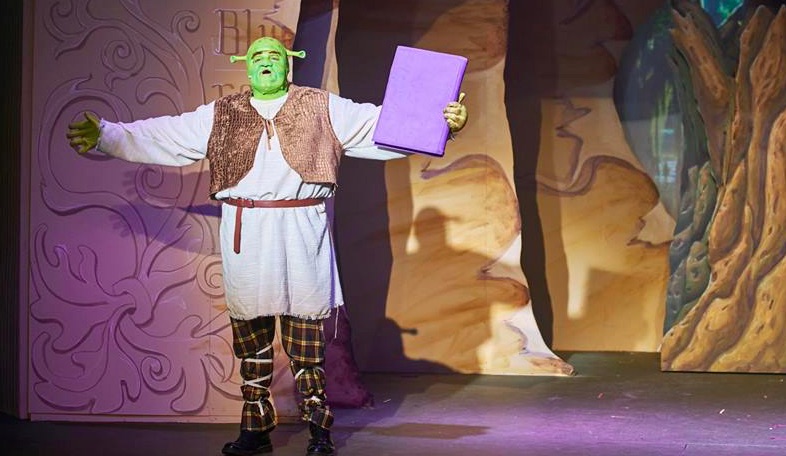 The story of the antisocial green ogre comes to vibrant life in the Woodlawn's production.

Based on the 2001 DreamWorks animated adaptation of William Steig’s 1990 picture book, Shrek the Musical is a colorful, amusing production that brings the adventures of the antisocial green ogre to San Antonio’s Woodlawn Theatre with satisfying results. The company tackles this big, Tony Award-winning Broadway show with its usual gusto.

The plot should be familiar to all those who’ve seen the film. After a prologue in which Shrek’s parents send him ... 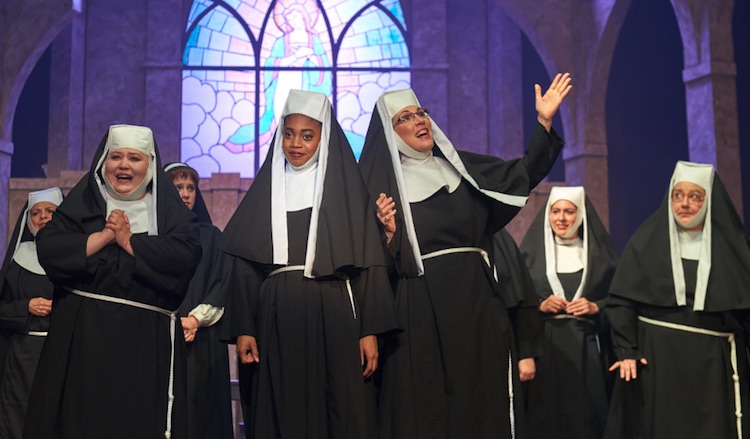 The Tony-nominated musical comes to the Deco District's Woodlawn Theatre in a sparkling, superbly-acted production.

There are some pretty funny nuns in Sister Act, the hit musical based on the 1992 Whoopi Goldberg film of the same name. Set in 1978 Philadelphia, the show takes full musical advantage of the soul and disco sounds of the era – and the Woodlawn Theatre’s current production is a delight.

Deloris Van Cartier is a diva who sings in a nightclub owned by her gangster boyfriend Curtis. When she inadvertently witnesses ... 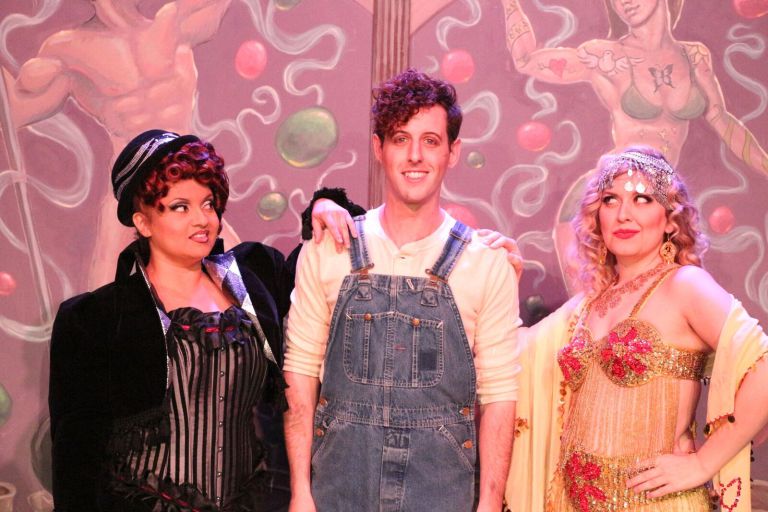 This 1972 musical comedy is still a blast for modern audiences, as exemplified by the production now playing at the Woodlawn.

More than 40 years before he composed the music for the monster Broadway hit Wicked, Stephen Schwartz wrote the songs for Pippin, a much more modest production. In my opinion, it's the superior work. Though Wicked has proven irresistible to teenage girls, I find it to be overblown and repetitive, while Pippin is down-to-earth and, well – sweet. It’s also got emotional heft that sneaks up on you. 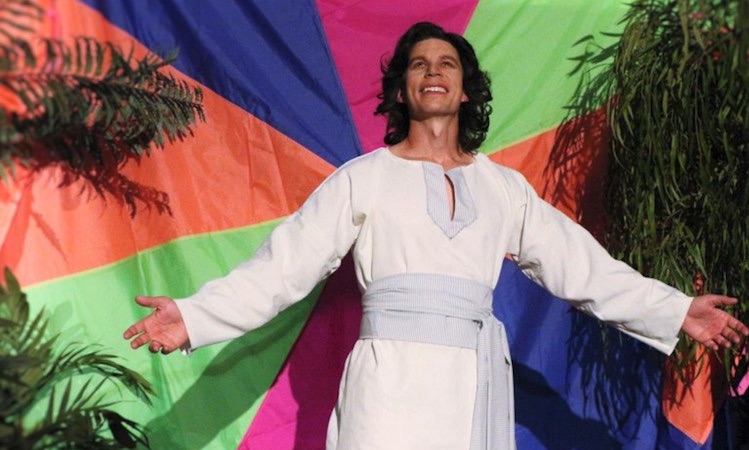 Review: Joseph and the Amazing Technicolor Dreamcoat by Woodlawn Theatre

The Woodlawn Theatre production, directed by William McCray and Michelle Pietri, emphasizes the fun to be had in the music itself, making this a bright, family-friendly entertainment.

Though it was written first, Andrew Lloyd Webber and Tim Rice’s Joseph and the Amazing Technicolor Dreamcoat was initially promoted in America as the follow-up to their 1969 hit Jesus Christ Superstar. Since then it has become a staple for theater companies around the world. It certainly shows the composer-lyricist team in a decidedly playful mood.

Like Superstar, Joseph’s story is based on the Bible, and they have some approaches in common. Both are ...