The Devil and the Details: A Review of Austin Playhouse’s The Philadelphia Story
by Brian Paul Scipione

The atmosphere is tense but not too tense: family members mill about the living room preparing for the second wedding of the eldest daughter.  The nervousness is almost rote, stakes not being quite as high as, say, those for a first wedding. The mother titters about with last minute details.The bride to be makes declarative but none-too bold statements, and the butler is prompt and complacent. Nearly all of them take a moment to bark at the youngest daughter the order to get ready for the wedding but little Dinah Lord has other ideas. 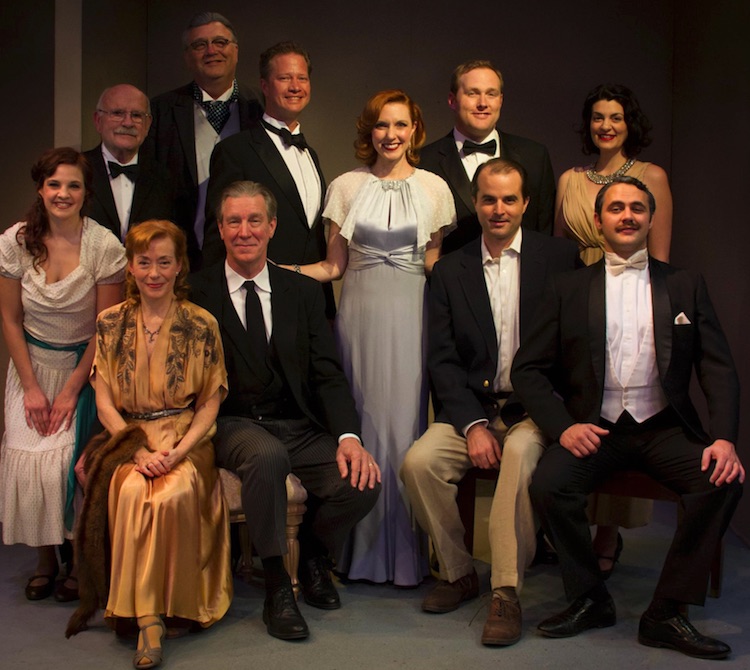 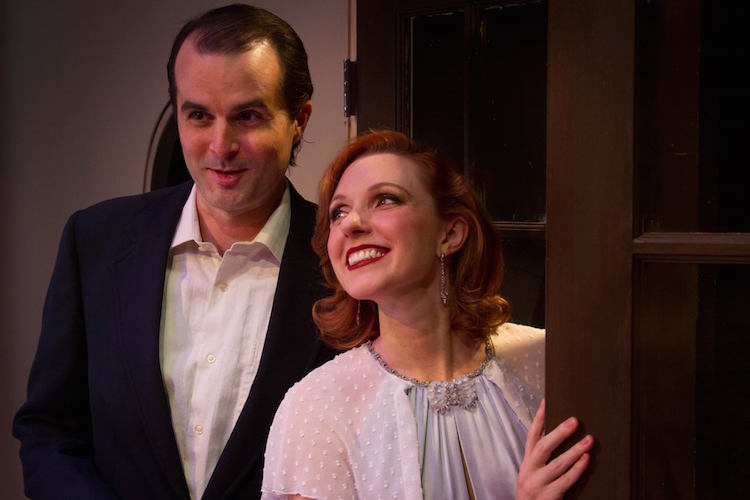 So begins Austin Playhouse’s The Philadelphia Story, a mischievous little romp of a play done in the drawing room style of Oscar Wilde or Noel Coward.The best known version of this play is the 1940 film of the same name which was a box office smash starring the heavyweights of the era Katharine Hepburn, Cary Grant, and James Stewart. The film won two of the six Academy Awardsfor which  it was nominated.  The movie was based on the Broadway play of the same name by Philip Barry who is believed to have based the play on the whimsical antics of a friend of his from Philadelphia, socialite Helen Hope Montgomery Scott. MGM revived the story-line in 1956 and produced it as a musical called High Society starring Bing Crosby, Grace Kelly, and Frank Sinatra. Suffice it to say that this concise tale of how Tracy Lord’s second wedding was threatened with social disaster by the sudden arrival of scarcely incognito tabloid journalists is a popular one indeed.It is a tightly woven little story brought to life by the actors who tackle these well-established, even iconic, characters. In fact let’s just say it:There are big shoes to fill. Even the real life ingénue Helen Hope Montgomery Scott is a hard act to follow, considering her philanthropy, horse riding prizes, fox hunting, hosting of lavish parties and overall jet-setting rock-and-roll life style that bucked the dominant gender roles of her day. 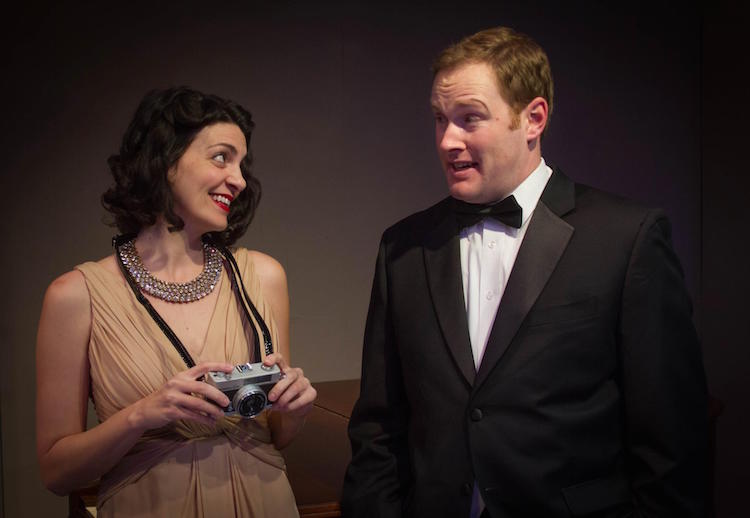 Fortunately, and perhaps a bit ironically, mimicry is not the goal of the cast of Austin Playhouse’s exceptionally experienced cast. One might suggest that the play’s characters are mostly stereotypes: the fast-talking, cynical reporter, his trusty but undervalued sidekick, the mischievous younger daughter, the artfully clever ex-husband, the beleaguered, immoral family patriarch, the jovial, social inept uncle, and the list goes on. Don Toner’s direction plays right to these points as well. The stage set and lighting are excellently detailed, transporting the audience to a time long ago. The costumes especially revive the time period with delicate accuracy. Though as we have seen, this classic story could happen in almost any year of the last 150 years, th Austin Playhouse production strives to lock it down into its original era. In conclusion, this performance is exactly what it aims to be -- a faithful interpretation of a conventional classic of the American theatrical cannon. 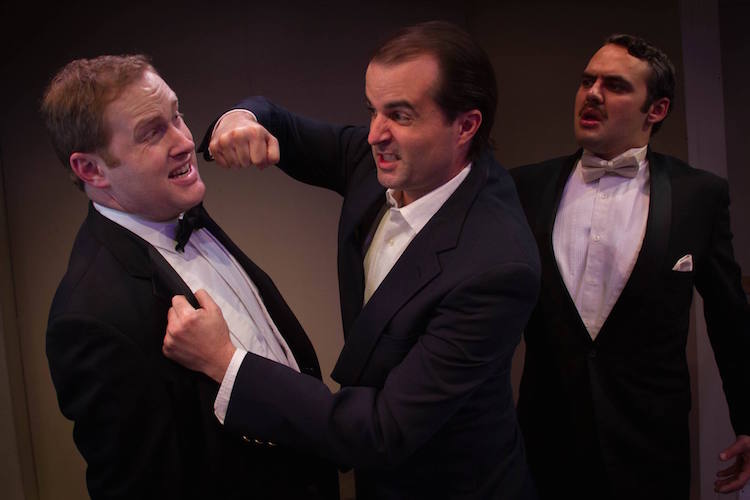 And yet, it is more.  In many ways The Philadelphia Story is much more than the sum of its parts. By the end of the third and final act the cast has symbiotically conjoined the narrative into that true prize sought by all avid theatre fans: an experience.  The fourth wall that was so solid during the tense beginning of the play thoroughly dissolves somewhere in the middle. It is during moments like these that the actors convey with an eyelash flicker, with a raised eyebrow or with the slow and deliberate placement of a wine glass on a table more then they ever could with dialogue. The Lord Family and their friends have become so self-actualized to the audience that their pain, mostly the angst-filled ache brought on by the constraints of society’s bindings, becomes the audience’s pain. No one is going to die if the wedding party is a failure or a socialite’s reputation becomes tarnished, but since the characters feel that way, the audience does too: The spell has been cast. It would be folly to single out any individual performer in this review, since the cast as a whole is so delightful.  I have my favorites and you will too, after you see this vibrant, hilarious production.

No performance on Thursday, November 26 for Thanksgiving 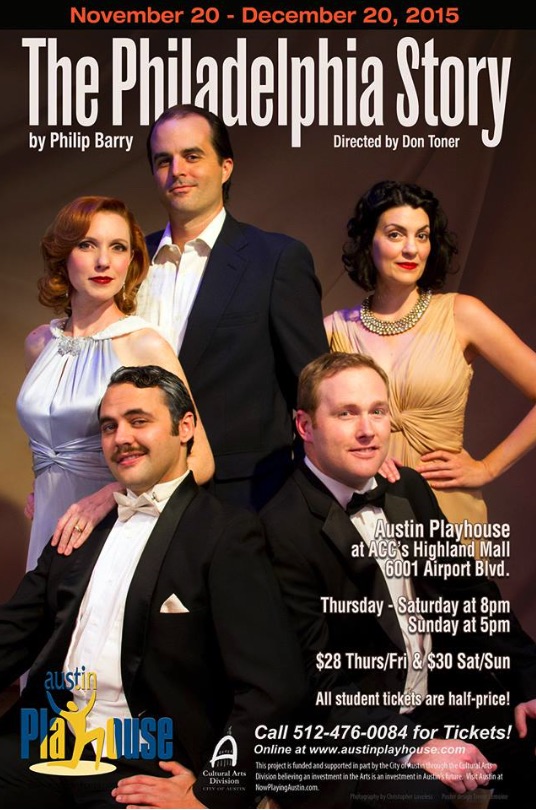