Oh Dragon Theatre took me by surprise with Jason Robert Brown's Songs for a New World.

As a reviewer at CTX Live Theatre, I'm dedicated to the CTXLT principle of viewing and reviewing live narrative theatre produced in Central Texas -- with 'narrative theatre' specifically defined as "the presentation of a story via the interpretation of a set text." 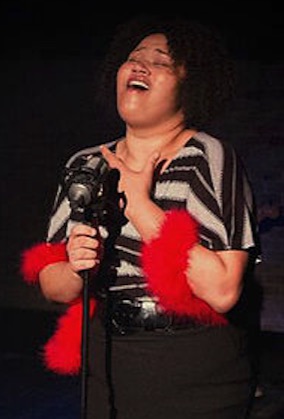 This evening is a lively presentation of Brown's first stage work, done in 1995. He was 25 years old at that time and had been playing and performing in New York bars and night clubs. Four performers present 16 compositions, severally or solo. These songs are only tenuously linked by the notion of departures and decisions, symbolized by voyages across the surface of the world: at the opening on a Spanish sailing vessel, perhaps a slaver, headed for the unknown new world and, toward the end, with an American soldier killed in action -- presumably in Iraq -- whose body is being transported back home as his spirit is headed somewhere unknown. Toward the end Brown cobbles in an alternately pathetic and bombastic number meant to give voice to a woman left at home with children as her husband participates in battles of American colonists with the British forces.

The work does not present a single narrative, but it contains an emotional arc that insistently holds your attention. Closer to a song cycle, Songs for a New World sketches sixteen separate stories. These four performers become characters faced with decisions, yearning for what the opening number characterizes as 'that one second, and just when you're on the verge of success, the tide changes and the wind starts to blow." 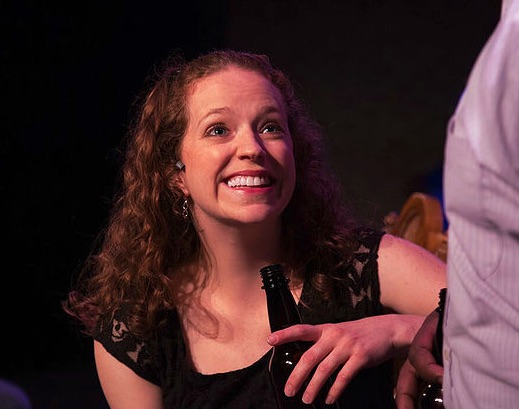 Varied as they are, Brown's compositions don't all fit firmly into that framework. The most amusing are the ones that teeter farthest from it: the mocking Just One Step sung by a wife and mother threatening to leap from the terrace of a New York high rise and Surabaya Santa in Kurt Weil style, delivered by the disappointed and perhaps deceived Mrs. Santa Claus. Both are done with flair by Chelsea Manasseri. These disappointed and vengeful women are stock figures of East Coast musical comedy. In The Stars and the Moon she also presents a woman who refused suitors until she found one rich enough, only to discover that those material pleasures were hollow.

Similar to that character but considerably more poignant is Kristin Hall's portrayal in I'm Not Afraid of Anything of a woman ready for commitment but left stranded by her lover's uncertainties. Hall's appealing little twist of the lips conveys self-irony and suggests that mouth is eminently kissable.

McArthur Moore has always had a powerful acting presence on Austin stages, so it was gratifying to discover that he's also a singer. The Steam Train provides plenty of acting opportunity as he swaggers across the space as a self-confident Harlem youngster, then in spoken declarations reveals the hell he's come from. This number pushes his natural baritone up into falsetto registers, not always comfortably. 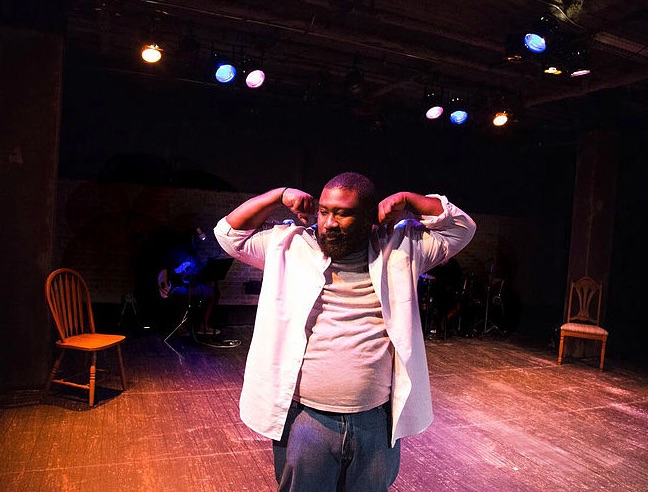 Jeff Chamberlain sings with a thoughtful, vulnerable intensity that renders him far more sympathetic than his Broadway original cast counterpart Brooks Ashmanskis. Chamberlain is obliged to create and recreate versions of the unhappy and unfulfilled young man in search of love and mission, initially in She Cries and later in The World Was Dancing. 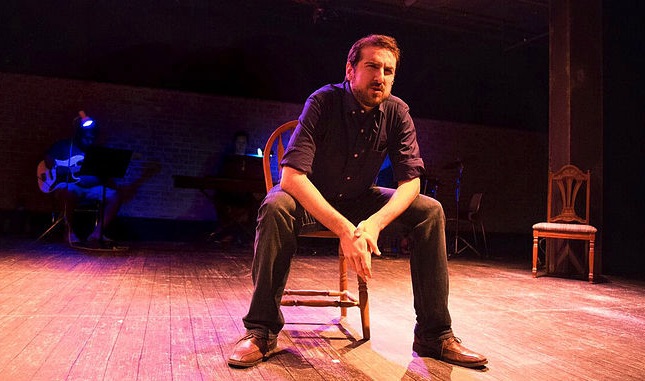 Sixteen glittering stories on a twisting and twirling arc left me a bit disoriented. It took some time, some on-line research, and a download of the cast album to come to terms with this new world. As I told Lacey Cannon Gonzales afterward, these songs were new to me. I was away from the United States and its popular culture for the decade following the piece's debut; and I was neither of the unsettled generation of the author and the characters nor of the East Coast milieu they inhabited.

Tyler Mabry confidently delivers the keyboarding of these highly rhythmic and often surprisiing tunes, accompanied by percussionist Andrew Heger and by co-director Carl Gonzales on guitar. The stage is essentially bare, an unapologetic black box with the three musicians at the back. Gonzales and co-director Lacey Cannon Gonzales blocked the numbers to avoid a simply stand-up-and-belt-'em nightclub style.

This voyage into the uncertainties of life offers rewards and serendipity throughout the evening. 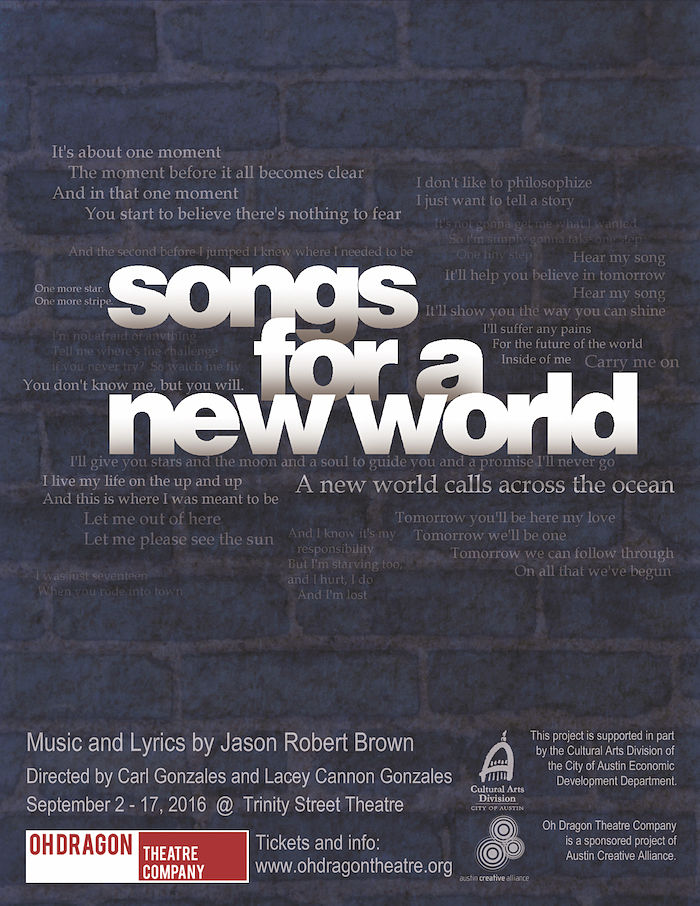