Review: I'm Not Rappaport by Austin Playhouse
by Michael Meigs

Lifetime New Yorker Herb Gardner hit the theatrical jackpot twice, with A Thousand Clowns in 1962 and I'm Not Rappaport in 1984. I didn't see the first of those on any stage, but my kids wondered why I would periodically proclaim, "All right, everybody out for volleyball!" That's Jason Robards summoning the neighborhood at 6 a.m. in the film version.

In both plays Gardner portrays an oddball New Yorker down on his luck but indomitable because of his feisty self-confidence.  I'm Not Rappaport is the more formulaic of the two scripts -- you pretty much know where it's going as soon as the lights come up and you see Tom Parker in his beret leaning in confidentially to Billy Harden and spinning a tale about being a confidential agent. Nate and Midge, two old guys, the chatterbox and the grump, an earlier but decades-older Odd Couple. Not that Neil Simon's 1965 play had anything to do with these two, but the shtik comes right from vaudeville. Gardner acknowledges as much in his title and in the lengthy intentionally stupid joke about Rappaport, straight from funnyman routines of an earlier age. 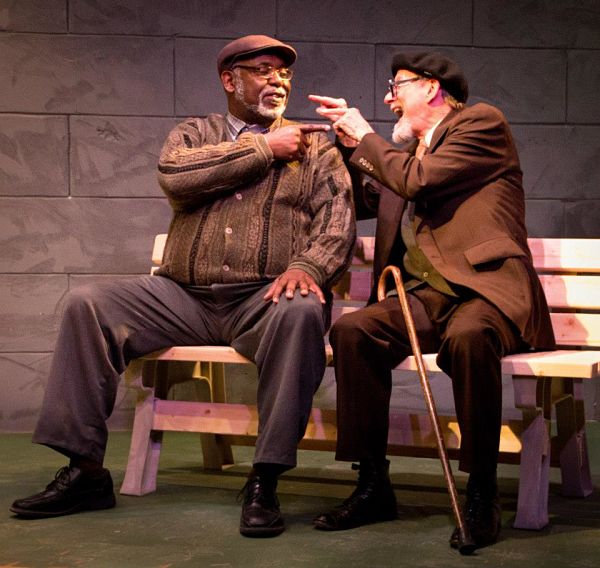 Director Don Toner tells the audience proudly that these two actors are appearing in their third production of the play, "and by now they're just about the right age for it!" That draws a laugh from the expectant audience but it's also a reminder of the uncomfortable realities of ageing in the theatre (cf. Charley Chaplin's Limelight, Ronald Harwood's The Dresser, David Mamet's A Life in the Theatre and -- why not? -- Toner himself, a stubborn pioneer of Austin's independent stages). So there's a touch of melancholy from the outset.

Parker's character lives under fanciful names and aliases, and we won't learn his real name until much after the intermission. Despite all his woolgathering wel piece together a portrait of him as an indignant defender of underdogs, a man who happily schemes, lies and resists the various oppressors of old age and imagination. Gardner doses him with a good deal of Don Quijote, maybe a little bit of the arrogant but wistful Cyrano, and a measure of Thurber's Walter Mitty. Tom Parker has the edgy authority of a would-be leader long ago shunted off to the park bench where people don't really want to deal with him.

Harden is generally imperturbable as Midge, the building 'super' long past retirement age hiding out from a new management, a restructuring of the building administration, and the co-op commitee. The first act of I'm Not Rappaport is essentially a pas de deux as the talkative oldster in the beret insinuates himself into Midge's life. Tall tales don't do the trick, but when Midge is cornered in the park by the president of the co-op association (an uncharacteristically intimidated J. Ben Wolfe), Midge's undesired new friend intervenes in a new persona. He presents himself as a well-connected labor attorney ready to sue the bejesus out of everyone involved. 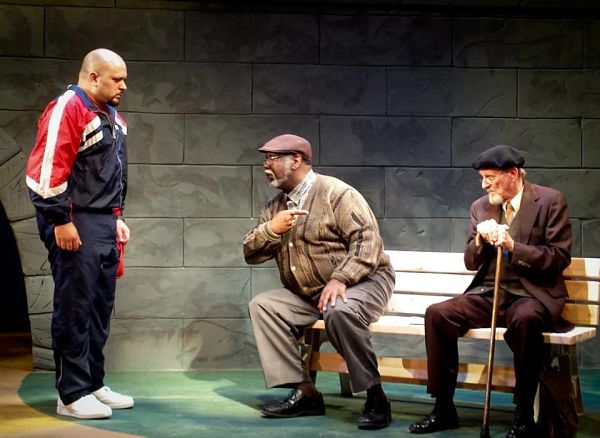 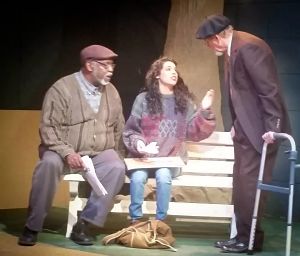 That's just the first of several windmills that Parker tilts at over the course of the evening, his character showing unexpected feistiness, courage and determination. Imagine a plight or an adversary in a public park in the more dubious quarters of Manhattan and it'll turn up here. A petty thug, a dope dealer, a damsel in distress, and even Nat's own daughter (Mary Agen Cox, who at least makes an effort to do a New Jersey accent -- Parker doesn't bother, relying on character to outdo mimickry).

It's a heart-warming tale, no matter how much you may be aware that your sympathies are being manipulated. As in the Quijote, the man's great disasters have an endearing nobility. His Dulcinea (Kenedi Delgado) disappears, and if we think about it too much we might conclude that she came to real violence at the hands of the phony cowboy drug dealer (Barry Miller). Little punk Gilly (Stephen Mercantel) is extorting protection at ever higher daily rates. Midge and Nat are somewhat worse for the wear, still there on the park bench together.  But even then a little nudge from Big Midge can set Nat off on yet another wild tale with convincing detail where he plays the role of hero.

Click to view the program of I'm Not Rappaport 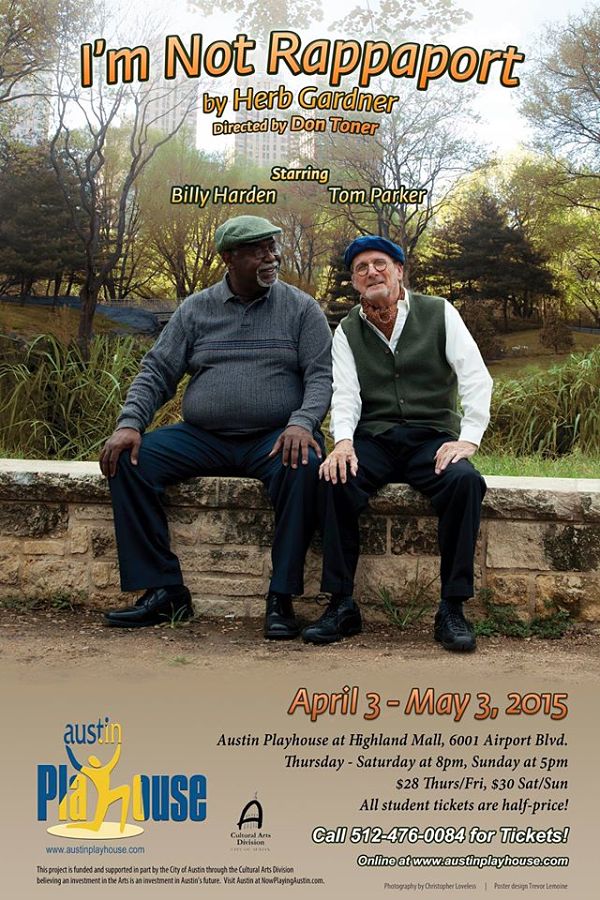