Evita is one of Andrew Lloyd Webber and Tim Rice’s best musicals, and certainly one of their most enduring. The story of a woman who used her body (and any other means at her disposal) to achieve fame and power, it also presents audiences with a moral dilemma. Are we meant to cheer for someone who relied on such unscrupulous means to achieve her success?

The answer is both yes and no, as the musical gives us a complicated portrait of a power-hungry First Lady who basked in the love given to her by her people even when it seemed necessary to buy it. Conversely, we are given frequent glimpses of the girl who rose up from nothing and genuinely needs that adulation to survive.

The creators helpfully provide us with an amusingly cynical narrator in the person of Che, a revolutionary who follows Eva from her lowly origins to the palace in Buenos Aires, constantly reminding her of the unsavory things she did to get there. 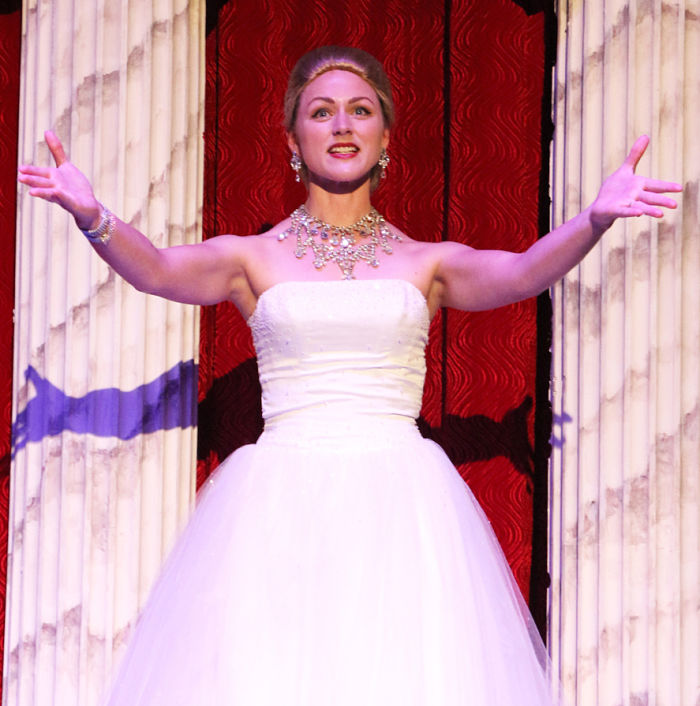 Eva had arrived in the city as a small-time actress, but upon meeting and marrying Colonel Juan Perón, her political rise and eventual status as the leader of the Argentinian lower classes was soon complete. Living this part to the fullest, she draped herself in designer fashions and expensive jewels even as her followers starved.

Like Webber and Rice’s earlier Jesus Christ Superstar, Evita is truly an opera: virtually every word is sung. As such, it relies on a competent score that delivers Evita’s story in a comprehensible and entertaining manner, and this show succeeds. Rice’s lyrics are occasionally silly (“they need to adore me, so Christian Dior me”), but they mostly work, and they’re carried along by one of Webber’s best scores, a piquant mix of Latin rhythms, military marches and longing ballads.

Along with the iconic “Don’t Cry for Me Argentina,” there’s “I’d Be Surprisingly Good for You,” Eva’s shameless seduction of Perón; “And the Money Kept Rolling In (and Out),” a light ditty about their regime’s corruption; and the touching second-act “She Is a Diamond,” sung by the president to his generals as he defends his wife.

Matthew Perales is memorable as Magaldi, the small-town tango singer whose coattails Eva rides to the big city, as is Andrea Diaz as Peron’s mistress, who makes the most of her sole number, “Another Suitcase in Another Hall,” after being dismissed by the new woman in the general’s life. All the performers are blessed with terrific voices, accompanied by musical director Josh Pepper’s rich and full orchestra. 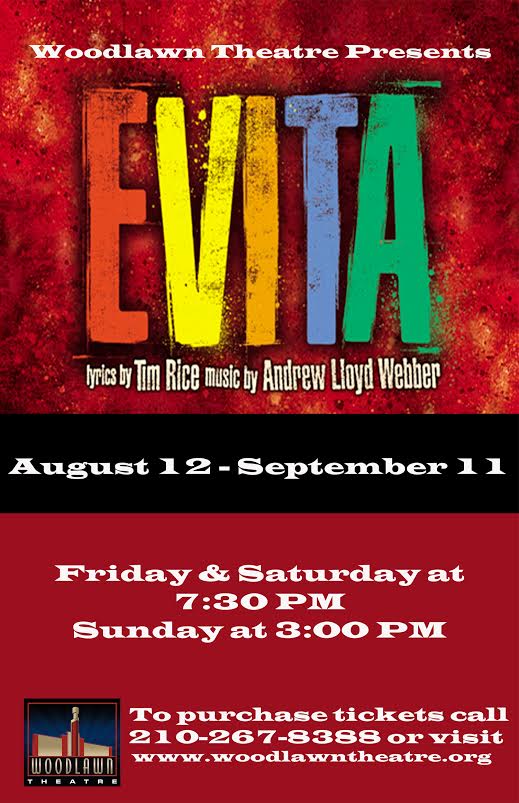