The Off Center's a pretty dark place, as is any black box theatre, so it's an appropriate setting for Capital T's production of Dennis Kelly's sardonic  little play DNA.

Mark Pickell's simple set makes the most of that void. You spend just over an hour in a stretch of nondescript forest, defined only by a line of young trees and a random rock and lump of ground. This is a long way from anywhere, and you're isolated in the primal blank of adolescent identity.

They're attractive individually, these eleven actors who come together to constitute the flighty, nervous band of adolescent acquaintances. Not friends, exactly, because individually the characters are too self-absorbed to act as friends; and not a gang, either, for that would require a cohesion and discipline patently lacking. They swirl around Phil, the tall, broad, mostly mute patient devourer of snack food. He's the leader by default because of the weight of his stolid presence and his unhurried contemplation of their consternation. This is acting largely by inaction, and Nate Dunaway in that central role acquits himself with impressive assurance.

Kelly has thrown these youngsters into a quandry of their own making. The playwright creates strikingly elliptical speeches for many of these characters, none more so than Jan (Adrian Collins) and Mark (Nicolas Saenz). These two are the first we hear, and they almost always appear together, exchanging rapid bursts of incomplete sentences. They function as the chorus throughout, and their almost telepathic communication is both comic and unsettling.  Along the lines of 'He's dead.'/ 'Dead?'/'Yes, he is.'/'Are you -'/ 'Sure? Yes.'/'What will we -'/'I don't -'/ 'Can we -'/ 'Dead. He's dead.' 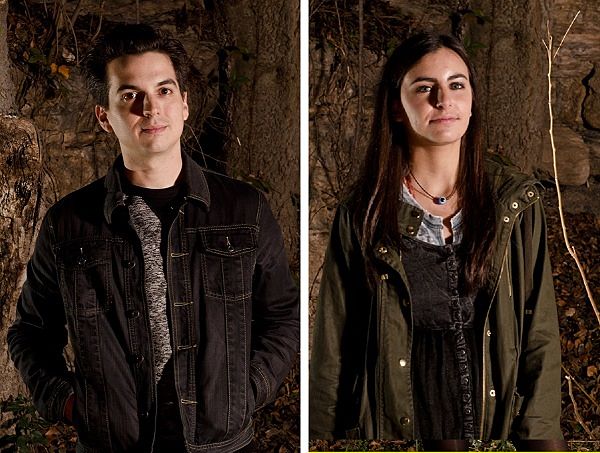 And that's just the first scene. When the band gathers, John Tate (Matthew Stoughton) provides the first coherent account. The band was having fun hassling 'Adam' and things got more and more violent. Rocks flew, there was this pit, actually a well with a slippery grating, Adam seemed to be having a good time but -- but he's gone. He's dead. What are we going to do?

With its short scenes DNA flickers forward several weeks.  Big Phil listens and tells them what to do so as to escape detection. Things get out of hand. When Phil's first plan runs aground, he's unperturbed; he provides a new set of instructions. And then another. No one questions him. No one tells the police or any of the grownups the truth. And things get worse and worse.

The core of the action is Phil's inaction and indifference, contrasted to the thought and demeanor of Lea. Perhaps she's his girlfriend; if not, she hangs about him as if she were. Julia Bauer's quicksilver delivery of Lea's logorrhea is a bright sparkle in that dark world. She can't hold back a thought, her head is buzzing, and her efforts to attract Phil's attention are insistent, unfocused and consistently unsuccessful. 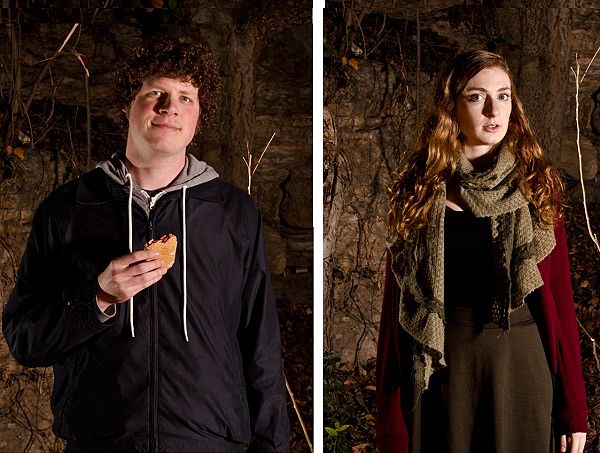 DNA is Austin actor Molly Karrasch's first foray into directing, thanks to Capital T's annual New Directions program. The script plays to her strengths, and it's a compliment both to Karrasch and to Bauer to say that her character Lea would have been a perfect vehicle for Karrasch's own quirky intensity.

Playwright Kelly polishes up the minor characters as well, providing them with clever dialogue and deft characterization. Brian the enthusiastic dolt (Will Douglas) who goes so far as to try to eat dirt; Taylor Hurley as cool, mocking amoral Cathy; Kelly Henry as Dani, focused on going to dental school. And toward the end, Nate Jackson as the boy -- his was the only face familiar to me, from Cap T's PunkPlay at the Hyde Park Theatre, and Jackson chews up and spits out the madness of his character.

Lindsay Markham as Rachel seems to offer just a shade of good sense, not giving in entirely to the collective hysteria. I was disappointed that in her final scene she was mostly inaudible under the drone of the sound design.

The preoccupations of Kelly's DNA are similar to those of William Goldman in Lord of the Flies: the amorality of a tribe of adolescents who've escaped civilized control.  It's an intense 65 minutes, punctuated with snippets of blasting music by the Springfield Someone Still Loves You Boris Yeltsin.

One suspects that these adolescents avoided Goldman's book in their high school lit classes, or if not, they made do with a Wiki version of it. The turning point of the action is a decision to make the problem go away, and the climax is a decision, perhaps courageous, to abandon the group entirely.

DNA is on a short lease, scheduled for only six performances, just enough to qualify for consideration by the B. Iden Payne awards committee. There's fine ensemble work here and some memorable individual performances. Here's hoping that we'll see more of these people on Austin stages.

Click to view the Capital T program for DNA 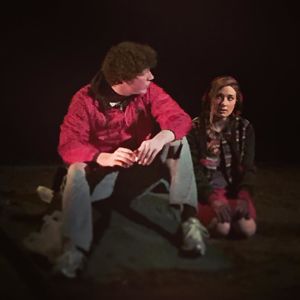 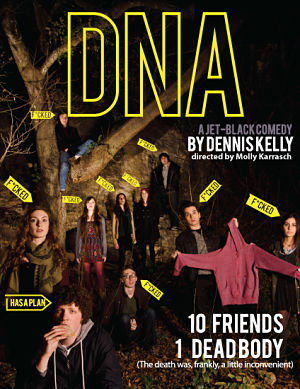