The Strangerer
by Capital T Theatre

The 2004 presidential debate mixed with Albert Camus’ THE STRANGER…seriously.

The final debate of the 2004 presidential election suddenly takes a wickedly funny turn as Mickle Maher masterfully infuses parts of Albert Camus’ The Stranger — an absurdist novel about murder— into the night’s proceedings (sounds crazy right?).   Bush and Kerry are bizarrely  forced to grapple with predetermined murder, their inner psyche, and the power of theatre.

No need to brush up on your Camus or even swear political allegiance before coming to what will be the most memorable debate you have ever witnessed.

Mickle Maher is a cofounder of Theatre Oobleck, and has been a playwright/adaptor/translator for 20 years. He has authored eight plays for Oobleck, including The Strangerer (funded by a grant from Creative Capital), Spirits to Enforce, and The Hunchback Variations. Other plays include Cyrano (translator) and The Cabinet for Redmoon Theater, and Lady Madeline for Steppenwolf Theatre Company. Maher’s works have been produced throughout the country and in Europe. 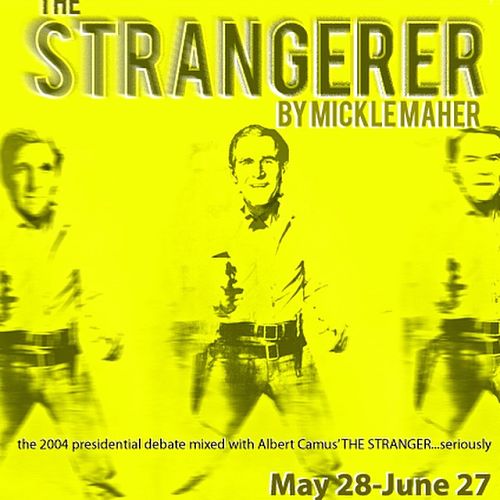