Review: A Short Stop at the Long Time by BLiPSWiTCH
by David Glen Robinson

Pivot. Adapt. Repeat. These might be the watchwords of Blipswitch Movement's latest success A Short Stop at The Long Time, a highly successful performance on November 19, 2022. The show offered a multimedia show in the truest sense. The event was a fine arts dance performance wrapped around a photography exhibit, performed to an electronic soundtrack composed for the event. Afterward, the up-and-coming synth band Grand Maximum, performed live to all hours. The final element of multimedia uniqueness was the venue, The Long Time baseball park east of Hornsby, just off FM 969 in eastern Travis County.

Blipswitch is well known for offbeat performance concepts in alternative spaces, part of a branch of contemporary dance called site dance, or site-specific performance. Their last major performance was the well-regarded Gentle Our Driftless Caravan at Rain Lily Farms in south Austin, also in rainy weather. The company produces a collective series, Offbeat; they held the latest edition at the Curtain Theatre grounds and park in far west Austin. Blipswitch Movement's  innovative gimmickry may obscure for some their skill and commitment to dance art. Their work in movement is exquisite, and A Short Stop at the Long Time did not disappoint. 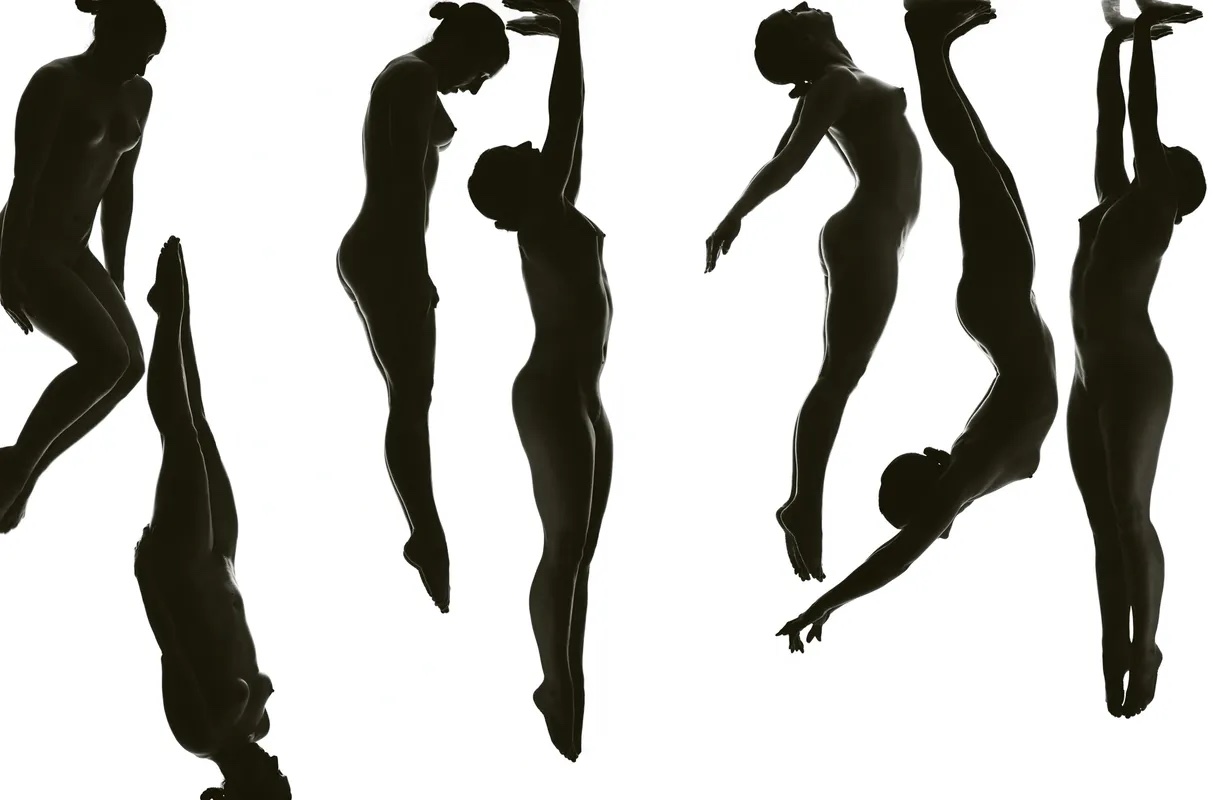 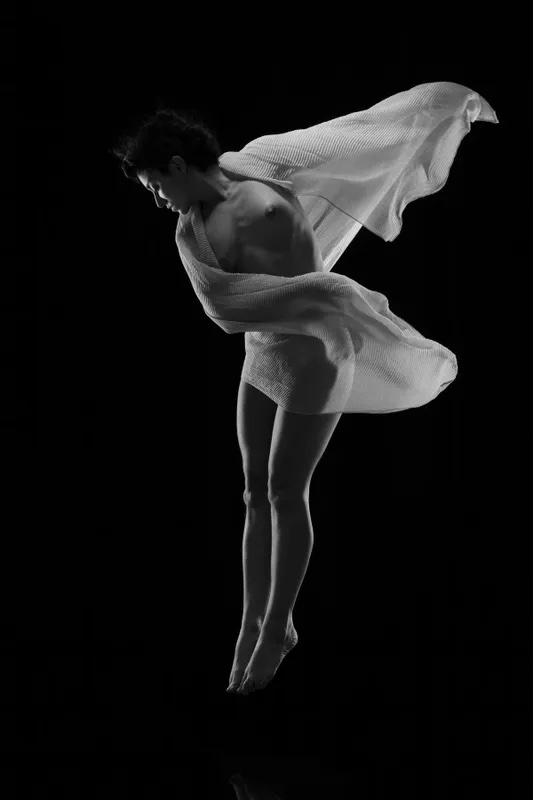 The photographic exhibit was the premiere of the Insecta series by Frank Curry, professor of photography at Austin Community College. Gray-scale photographic prints, all exquisitely clean and well produced, comprise the large series. The formal content and titles speak to insect types belonging to several families of that phylum. Curry posed dancers in shapes suggestive of moths, beetles, and so forth. Costume pieces—veils or strips of fabric—assisted the imagery. A few models were completely nude. The exhibit of matted images lined the interior walls of an old house that had been moved onto the property and set on ten-foot concrete pillars to raise it above flash floods. The premiere of the photo exhibit with accompanying dance by Blipswitch had been planned for 2020, but, of course, that was the year the pandemic changed everyone’s plans. Pivot to 2022, and the circulating audience enjoyed the exhibit’s premiere out of the cold and rain in a unique venue.

The weather complicated the production. The dance had been choreographed and rehearsed for performance on the spacious, well-kept grounds of The Long Time (though not the ball diamond itself). November 19th, 2022 found vast regions of Texas, including Travis County, under a large, cold and rainy air mass that seemed happy to move in to stay. Blipswitch assured its ticket buyers that the show would go on and hurriedly adapted the dance for performance in the rooms of the elevated house. Speakers were wired into the house for the soundtrack.

The final complication came as the crowd settled in for the performance. The audience stood around the walls of three rooms, between the photographs of the Curry exhibit. A few minutes after the performance should have started, the lights in the old house with ancient wiring went out. Not intentionally or to heighten the drama of an opening sequence; the lights simply went out. Producers scurried to make repairs. The audience in their raincoats, overcoats, rain hats, and colorful yarn knit caps held place, standing in darkness among strangers and friends. The scene was comical, almost a performance-art live sculpture installation placed in darkness so nobody could see it. In reality, these were doughty dance mavens who cannot be pried off a dance show. The lights came back on, and the performance started about twenty minutes late, not off-norm for an independent Austin dance event. It was later estimated that around fifty people had crowded into the house, and a total of perhaps seventy people had driven out from Austin in the rain and cold for the event. 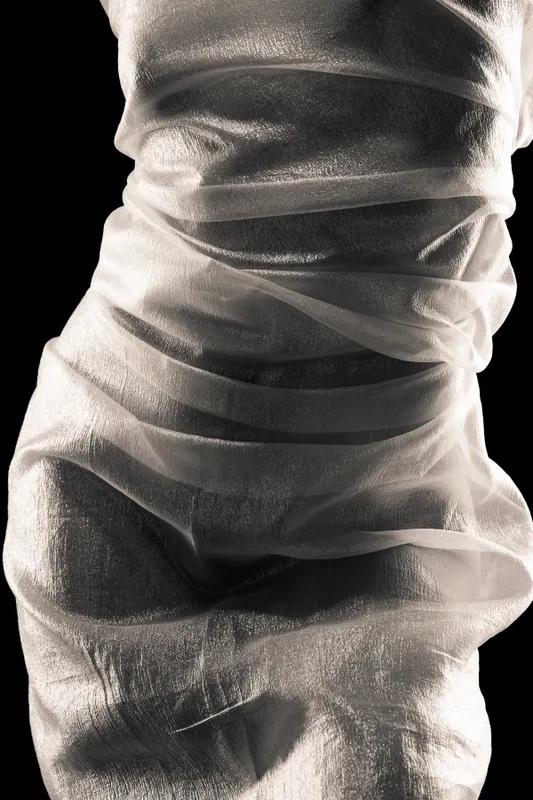 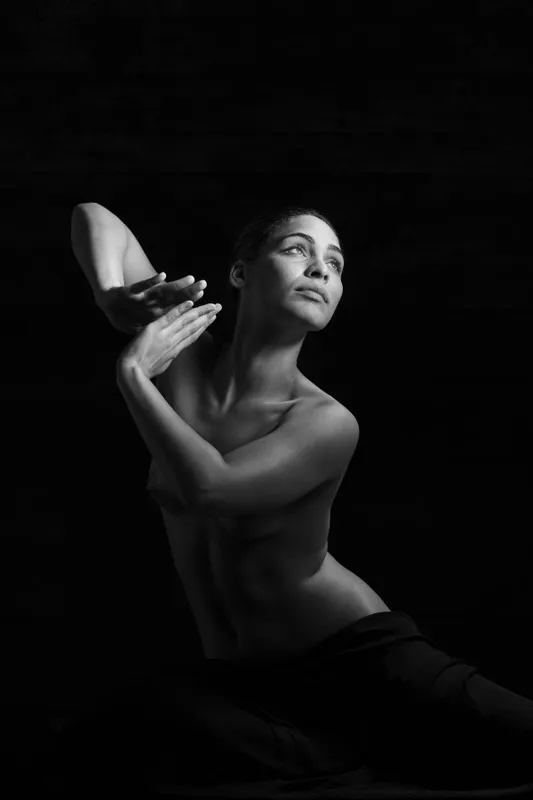 An ensemble of five performed the rapidly adapted dance. One could see that the rigors of the production drew heavily on the personal skill development and innate talents of the individual dancers. All rose to the occasion. Shining sequined costumes evoked images of iridescent beetle carapaces and bottle-fly abdomens. As always, co-artistic Director Alex Miller's  passionate eyes were as much a part of the performance as the rest of her body. Her out-of-unison gestures in a duet with Erica Saucedo added a very mature choreographic design detail in the sequence of movement. Miller definitely puts the blip in the switch.

Floor work is a leitmotif of Blipswitch. Several entrances into the rooms were at a crawl, metaphors of how insects often introduce themselves to us. The crawls typically morphed into contact work, live human bodies trading weight and sometimes forming shapes of multiple arms and legs, more insectoid references. Co-artistic director Taryn Lavery showed herself yet again to be a lithe and flexible master of movement along a floor. The dance echoed the photography of human/insect hybrids, dancers becoming insects and insects metamorphosing into flying, sentient, artistic humans. These were the deeper thoughts of the dance piece performed almost flawlessly by the aforementioned and Celeste Camfield, Katie Lowen, and Christina Mitchell. The dancers responded closely to the excellent synth score composed by Michael Brown and Erik Garven, the leading lights of Grand Maximum. 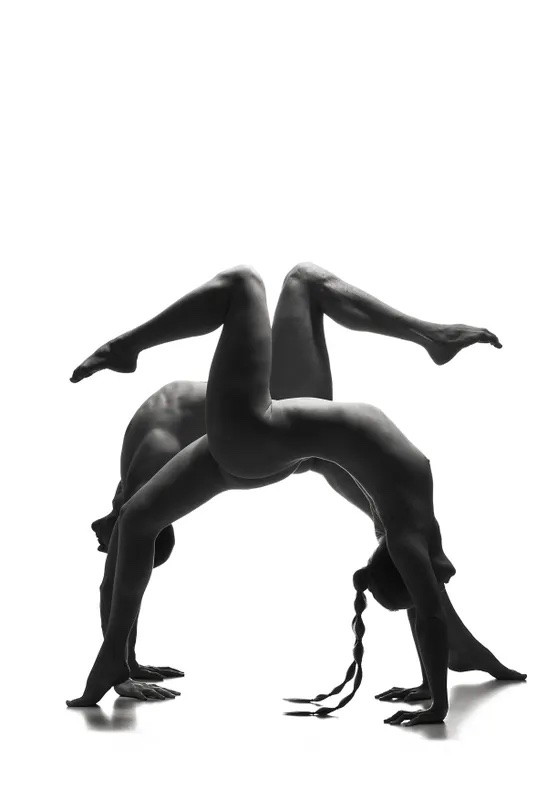 At times, enforced pivoting, adaptation, and imposed delays make a work deeper and richer. This was the case with A Short Stop at The Long Time, multiple puns intended. Blipswitch, Grand Maximum, and photographer Frank Curry are all off to their next projects. Interested audiences must be nimble to follow Blipswitch, but the sometimes arduous trek amply rewards with excellent performances. 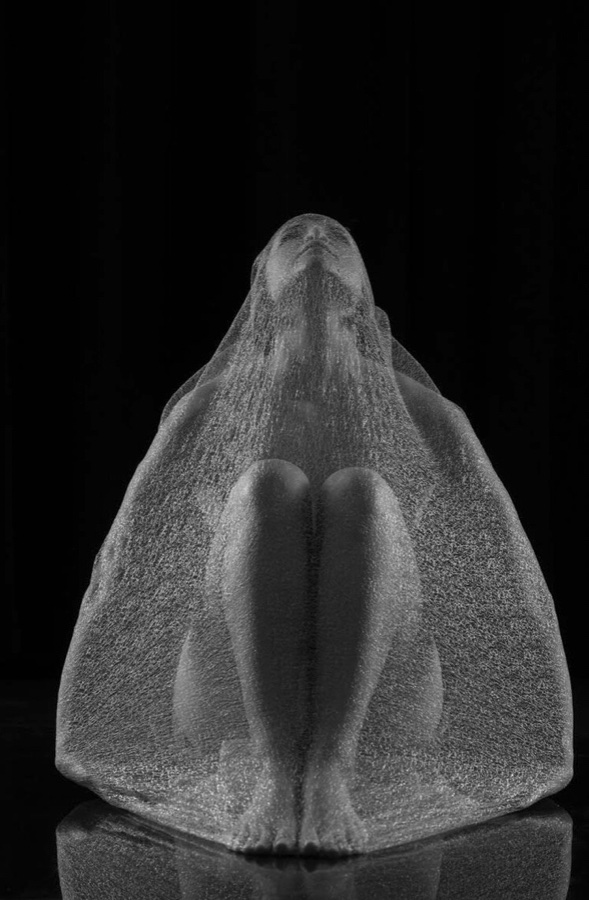 BLiPSWiTCH was founded in the fall of 2015 by Taryn Lavery, Alex Miller, Lucy Wilson, and Nathan Brumbaugh as an inclusive platform for artists to unite, create work and …