There's an air of dreary predictability to Charly Evon Simpson's Jump, currently playing as Shrewd Productions' participation in the rolling world premier in cooperation with the National New Play Network. The set is ramshackle, the lighting is low, the themes are bleak; if you're looking for an upper, this earnest work won't provide it.

Indigo Rael's design divides the broad, shallow playing space at the Santa Cruz Theatre into halves. To your right are cardboard boxes, a couple of beds, and some miscellaneous furnishings to represent the family home where no one lives any more. Sisters Fay and Judy will do some desultory sorting of items left when their mother of cancer died some time ago. Their dad will wander through, working elsewhere in the dweling, vaguely planning to sell this place of their childhood memories, and he'll settle with a whiskey, deeply fatigued, for a few distracted words with one or another of the girls. 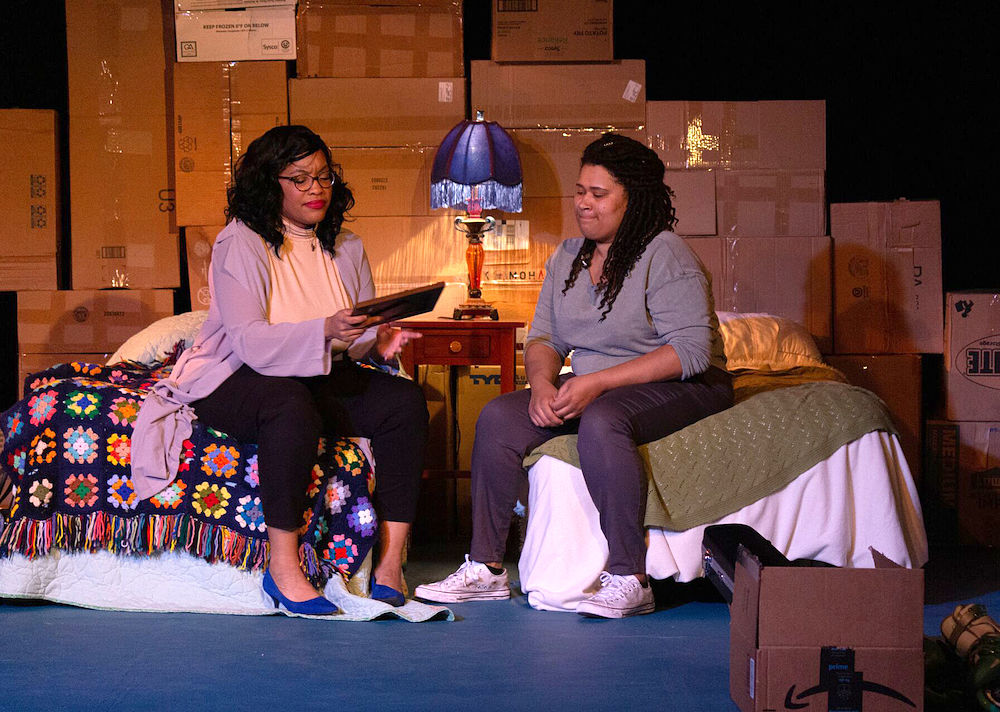 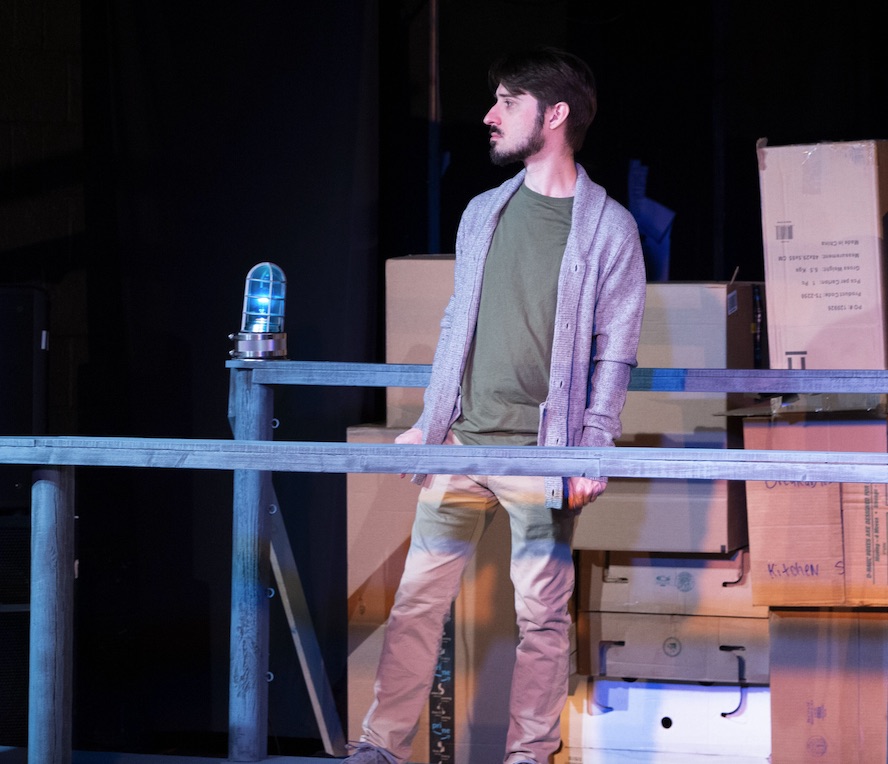 To your left is a bridge, defined by the railing that runs parallel to the edge of the stage and unlit blue lights along that railing. Curiously, the   piles of cardboard boxes run along behind it, perhaps to suggest a greater disorder in the unoccupied house. The title of Jump and this bridge to nowhere over nothing should ring your Chekhovian alarms. The master playwright commented that a gun visible on the wall in an opening scene will be fired by the end of the play; this set piece warns you someone won't be saved from the abyss. But whom?

Chelsea Manasseri and Allegra Jade Fox portray sisters Fay and Judy. As the lights come up, Manasseri is tired, perhaps despondent, on the bridge. Director Shannon Grounds has Manasseri take a very long time waiting there, sighing, vaping, and fiddling with her phone, but when the sisters actually do meet, their early dialogue is fast, easy, and sharp, just the sort of talk you'd expect between a busy, get-things-done woman (Fox as Judy) and an aimlessly unhappy one (Manasseri as Fay).  Back in the old family home they perk up a bit, reliving some girlhood games, and there's a nice rivalry and interplay as they sort things into piles to keep, to donate, and to trash. But they don't do much sorting; they don't get much done. And perhaps that's integral to the theme. 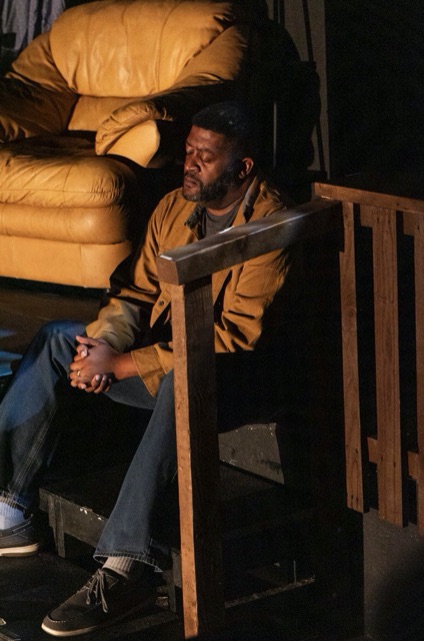 Playwright Simpson is primarily interested in exploring the sisters' relationship, but she does create two foils. Kyron M. Hayes is the wearied Dad, given listening time but not a whole lot to say, and Trey Deason is Hopkins, a loner whom Fay encounters several times at the bridge. Deason's role here is similar to the nerd he portrayed in Reina Hardy's Stars and Barmen back in 2013, except that here Hopkins isn't given very much to say. Fay and Hopkins see one another a couple of times but don't connect; it's only when Hopkins rocks out to "Another One Bites The Dust," oblivious to the world, that Fay can't resist joining him. (Like the opening, that wordless rocking-out scene goes on longer than is necessary to establish the premise.) Hopkins is just as lost as Fay, and it's clear that the void beneath the bridge is calling to him.

There's a plot twist that answers the earlier question, leaving the audience challenged to inspect the causes and symptoms of despair. What, after all, is the purpose of our existence, particularly if we keep missing the connections that should be so important? What happens to a family when death alters its fundamental reality? What's the motivation to keep on keeping on?

Simpson poses the questions but doesn't answer them. That's something each of us has to do individual lybasis.

plus service fees, available via 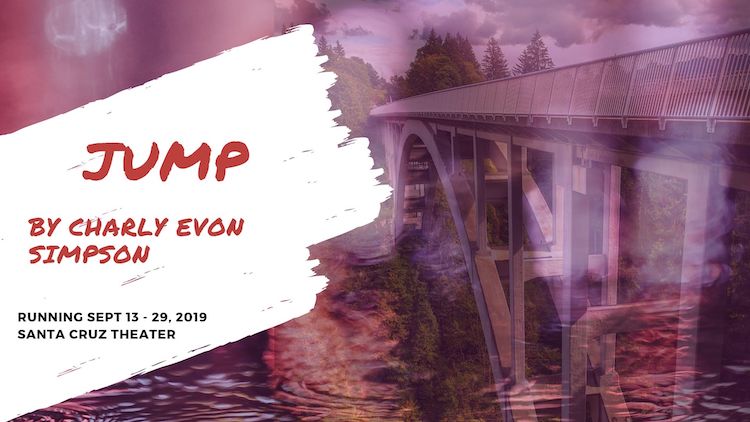