Review: Until The Flood by Theatre en Bloc
by Michael Meigs

We lost the first weekend of Until The Flood by Dael Orlandersmith (Donna Brown) due to illness, so this sensitive re-creation by Florinda Bryant was only briefly on view at the Vortex in Austin. Two weekends seemed insufficient, for this was an event that required thought to digest and would have benefited from more word of mouth. 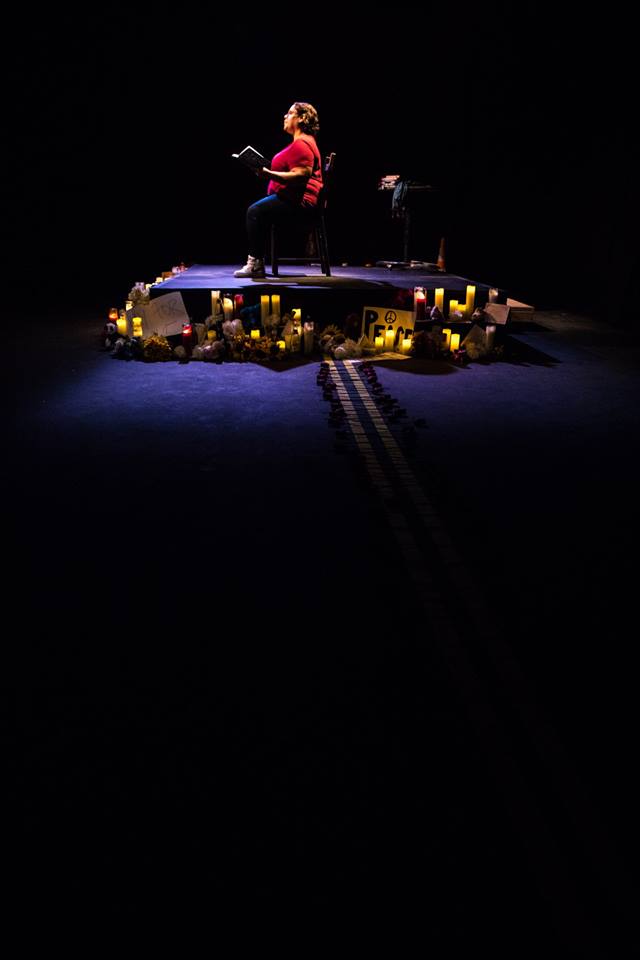 The Saint Louis Repertory commissioned the playwright to create a work connected with the August 19, 2014 shooting of 18-year-old African-American Michael Brown, Jr. by Ferguson, Missouri police officer Darren Wilson. The killing provoked widespread demonstrations and many denunciations of police violence, both in Ferguson and across the country; both a Missouri grand jury and a U.S. Department of Justice investigation found no grounds to prosecute the police officer.

Until The Flood is not about what happened that August 19, however. Anyone who wants a detailed -- in fact, exhaustive -- account can look it up on Wikipedia. Instead, Orlandersmith went to Ferguson and through extensive interviews searched for attitudes and opinions of town residents. The work she performed in 2016 as a one-woman show used that source material to present first-person accounts of eight of those she'd encountered.

This is an approach to art that in some ways goes counter to conventional structures of the drama. Often the audience's expectation is to receive a story, presented with beginning, middle and resolution so that through empathetic identification they are moved through an experience almost as if on a Disney ride: the playwright gives them the impression that when they emerge from their hour or more in the sacred space, they have learned something.

That's not the case here. The individuals portrayed by Orlandersmith do not interact and, indeed, are unaware of one another. Instead of progressing smoothly through a story tunnel, the audience descends eight distinct, deep and sometimes dark shafts of storytelling.

Anna Deavere Smith, actress and founder of the NYU Institute on Arts and Civic Dialogue, researches, writes and presents thematically in this fashion. She did two pieces about Los Angeles riots and a collection of portraits, Let Me Down Easy, in which she appeared at the Zach Theatre in 2009.  Zach Theatre will present Smith's Notes from the Field in February, 2019, with a cast portraying African-Americans, Latinos and native Americans. Moises Kaufmann with the Tectonic Theatre Project used similar research and presentation on the The Laramie Project concerning the murder of Matthew Shepard, a young gay man, and a followup ten years later. One could say that  first-person incarnation of characters is older than theatre itself; a reading, recital or rendition of The Iliad or The Odyssey could achieve similar effects, as Cami Alys demonstrated in Penfold's An Iliad at the Scottish Rite Theatre. 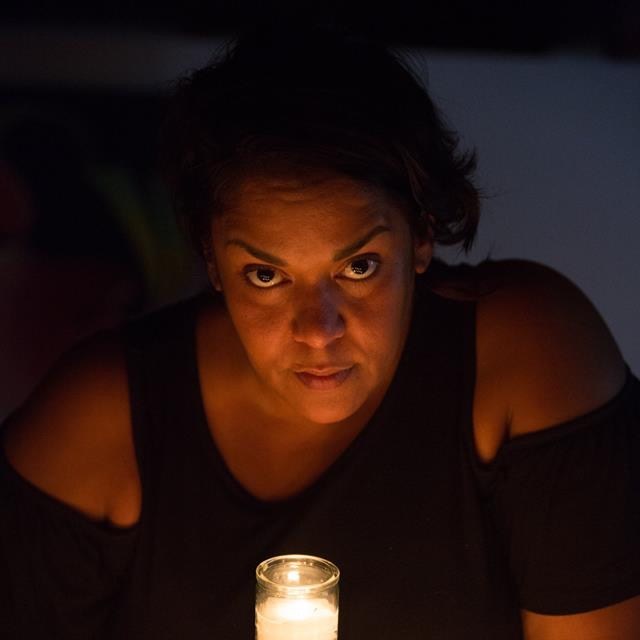 Florinda Bryant the actor becomes each distinct character, using Orlandersmith's transcriptions/reworkings to illuminate not the killing of Michael Brown but the context. Among those who speak to us are an African-American grandmother long resident in Ferguson; a white teacher confused to find that because of the shooting she has lost a close African-American friend; a smart, verbal, "fluid" young man from the projects who knew "Mike-Mike" Brown to nod to, and who fears a similar fate; a middle-class African-American barber who dimisses two idealistic college students, one black and the other white, who want to do something to relieve the "oppression" they think he's feeling; a high-school boy enamored of learning and art who wants more than anything to get out, to get away, to grow up and find something better than all this; and a hard-scrabble West Virginia man who escaped poverty and abuse and now views young blacks in Ferguson as the enemy. Bryant shifts voice and attitude for each, changing garments or accessories.

The presenter remains on a platform surrounded by tributes and candles for most of the performance. To mark each change of character she returns to an upstage table to exchange the book in hand for another. The book prop somewhat hinders her movements. This convention seems unnecessary and artificial, perhaps meant to remind us that these people were captured via interviews. And it's all the more curious, considering that almost everyone in the audience can look down and see that the pages are blank. Bryant's final set piece, performed away from the platform, is a verse recital that wasn't memorable, principally because it seemed not to be attached to a particular character. Perhaps it was commentary by the playwright.

Once the work is finished, one is left a bit disoriented. There's no artful conclusion or lesson here, unless it's the appeal simply to listen and understand the depth of feeling, the constraints, and the rigidities that underlie the insoluble problems of race, class, territory and perception.

That's not a comfortable finish to your experience in the sacred space of the theatre. But it's exactly why the threat of the title Until The Flood cannot be ignored.

Click to view the program sheet for Until The Flood.

Until The Flood
by Dael Orlandersmith
Theatre en Bloc

Opening delayed due to exceptional  circumstances.

[image from 2016 production by Repertory Theatre of St. Louis] 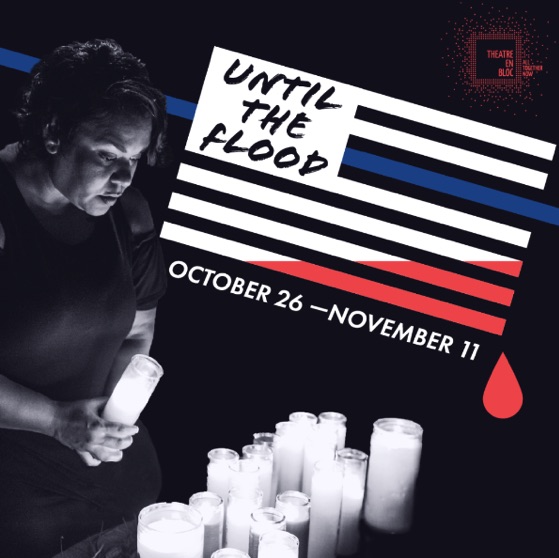