Watch your back, Matilda. Tina Denmark is in town!  Book and lyrics by Joal Paley.  Music by Marvin Laird.

Ruthless is the story of a naive 1950s housewife, Judy, and her adorable but sociopath 8-year-old daughter Tina. Encouraged by her manager, Sylvia, Tina will do ANYTHING to get the lead role in her school play "including murdering the leading lady!" In Act II, while Tina spends time at a reform school for psychopathic ingenues, Judy discovers from her adoptive mother that her birth mother was a famous actress. Judy decides that she should be famous as well and becomes a Broadway diva. 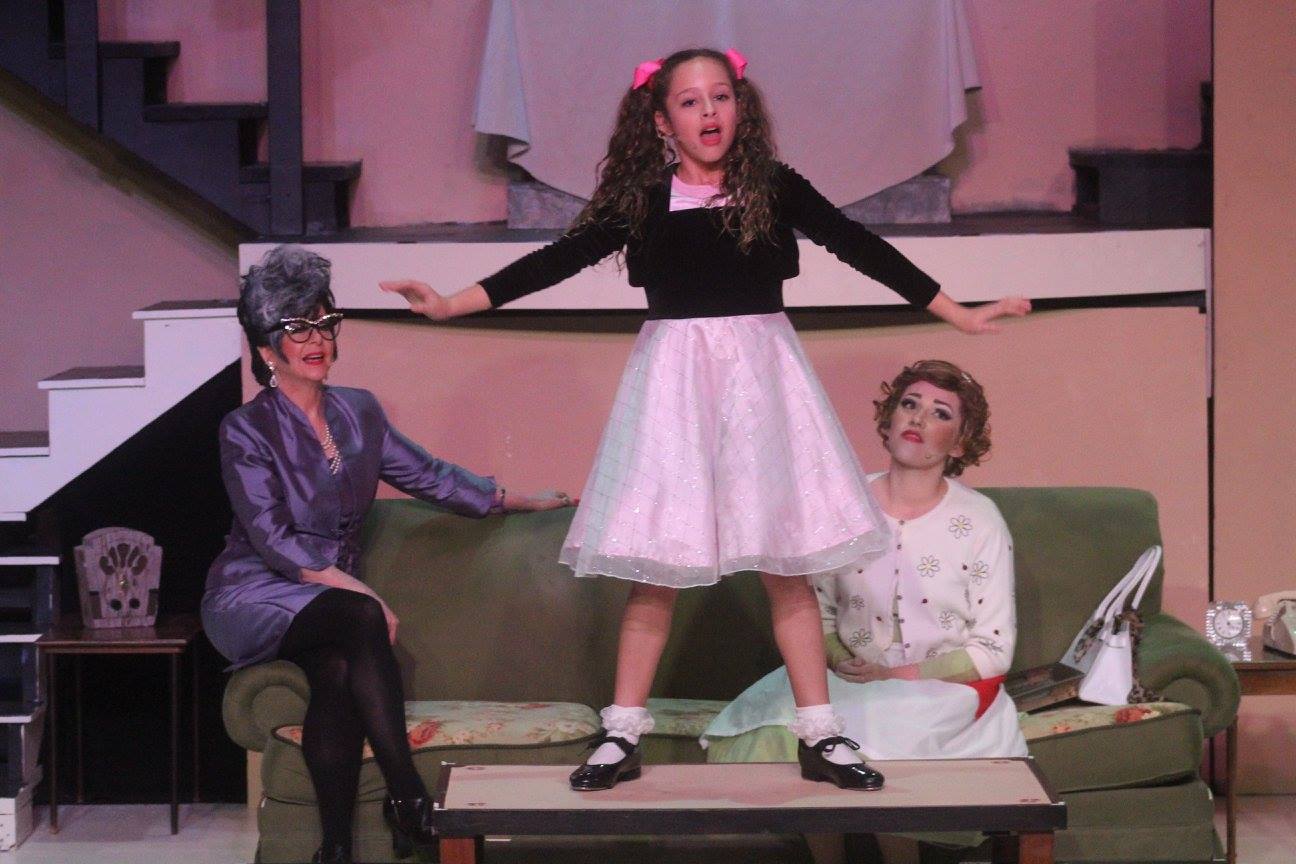 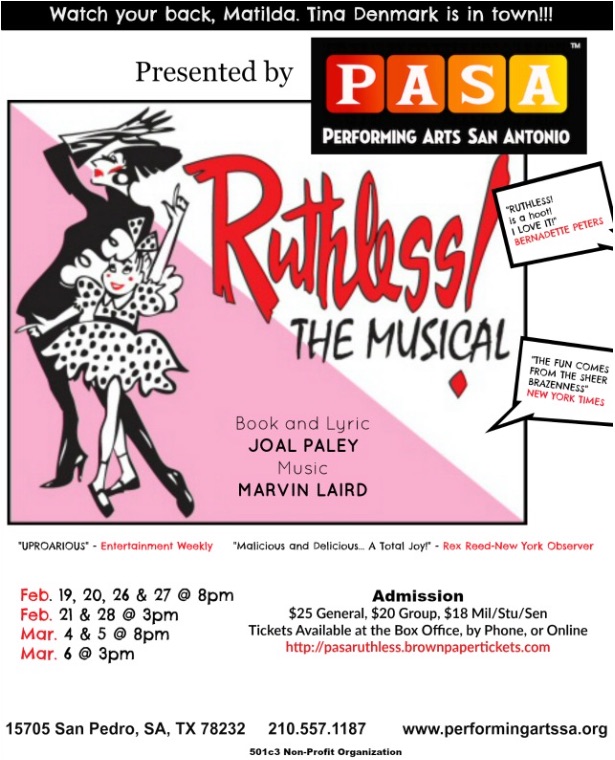