Now in its 32nd year of Free Shakespeare in Zilker Park, Austin Shakespeare      brings a professional production of a modern, military Macbeth facing unusual witches and sword fights in camouflage. Audiences are encouraged to bring blankets and picnics on any Thursday through Sunday at 8 pm for the entire month of May for the production co-sponsored by the City of Austin Parks and Recreation Dept.

Bloody “Macbeth” will be played by Marc Pouhé, who created the role for Austin Shakespeare at the Long Center’s Rollins Theater in 2008. His provocative wife will be portrayed by Helen Merino, who has played the title role in Hamlet in Zilker Park as well as at the Long Center. 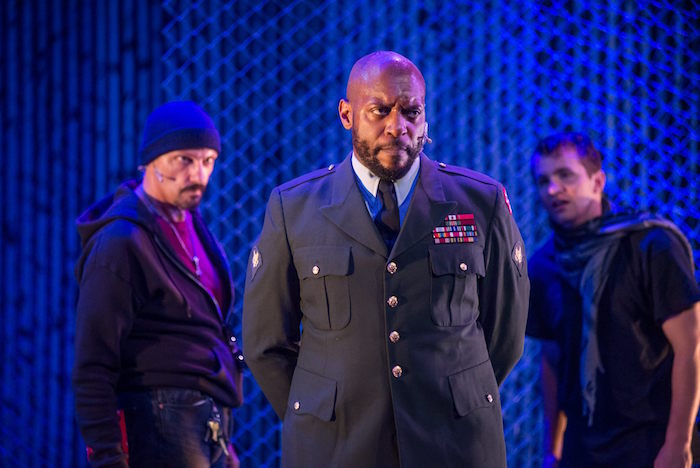 Artistic Director Ann Ciccolella is drawn to the heroic aspect of the tragic hero. “We see Macbeth as a contemporary tale. War, trauma and power-lust still has been riddling the world, especially in recent decades in Bosnia, the Middle East, Africa and Latin America. Macbeth himself is drawn to bring the violence of battle from the field into his own home,” she says.

The heroic Macduff is Keith Paxton, also popular with Austin Shakespeare audiences in the recent Zilker Park production of The Taming of the Shrew, as well as The Invention of Love,Cyrano de Bergerac as “Christian”, As You Like It as “Orlando”, Othello as “Cassio” and Pride and Prejudice as "Mr. Bingley" at the Long Center Rollins Theater. Keith received a BFA in Acting from Texas State University and has studied abroad with the Royal Shakespeare Company. 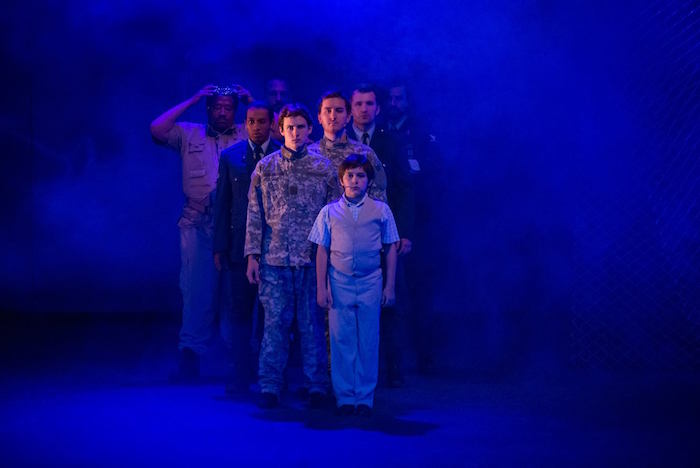 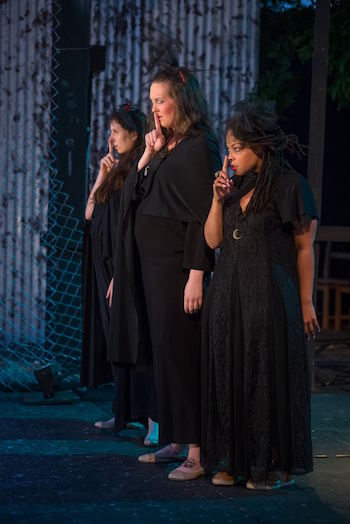 “King Duncan” is Jamie Parker, who recently joined Austin Shakespeare as the tragic “Messenger” in Medea. Jamie appeared as Estragon in Waiting for Godot at City Theatre; also as a guest artist at St. Edward’s University in Marisol.

The comic “Porter” will be played by two actors on varying nights; one, new to Austin Shakespeare is Bob Jones, an experienced Shakespeare actor who has also been assistant director of the University of Texas Shakespeare at Winedale program. The other, Tony Salinas, worked with Austin Shakespeare on last year’s Wild West version of The Taming of the Shrewand as a comic cadet in Cyrano de Bergerac.

New to the company is Evan Shaw as the “Bloody Sergeant.” Company regular Alison Stebbins is Ross, a military woman, as well as the extraordinary witch, Hecate. Moving up from the Young Shakespeare company are teens Jonathan Holle as Lennox and Cal Ussery as Fleance, who also performed in the company’s production of Stoppard’s The Invention of Love.

Unusual witches are played by Crystal Bird Caviel, a theater student at Texas State who recently won over audiences in Austin Playhouse’s Disgraced; Hannah Rose Barfoot, who was also recently seen in Austin Shakespeare’s production of A Streetcar Named Desire; and Jessica Hughes, who also performed in the group’s Pride & Prejudice.

Alumni of the company include Michael Lucus (The Taming of the Shrew) as the Doctor/Siward; Cameron McKnight (Medea) as Malcolm, the heir apparent; Kevin Squires, (fight choreographer) as Lord Menteith; and David Bankston (Cyrano de Bergerac) as the king’s son Donalbain.

Rosalind Faires - Assistant to the Director

Free to the public 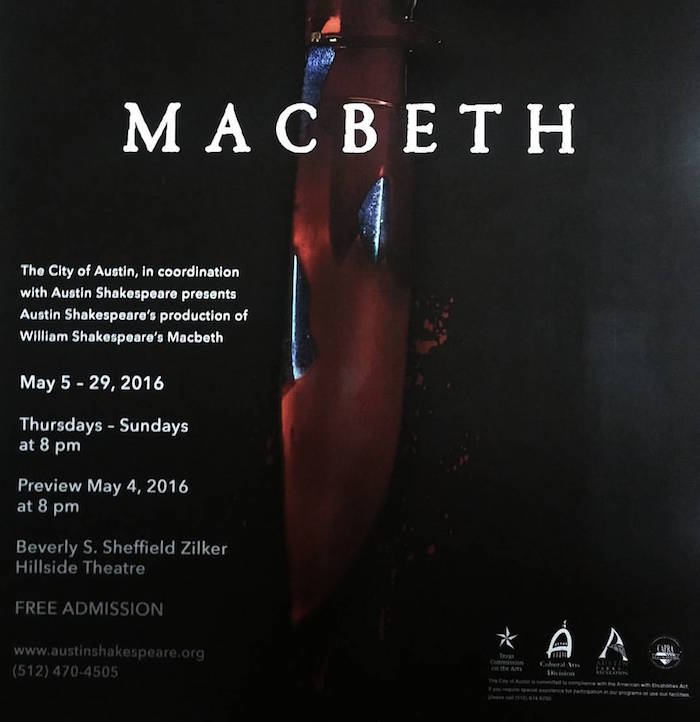 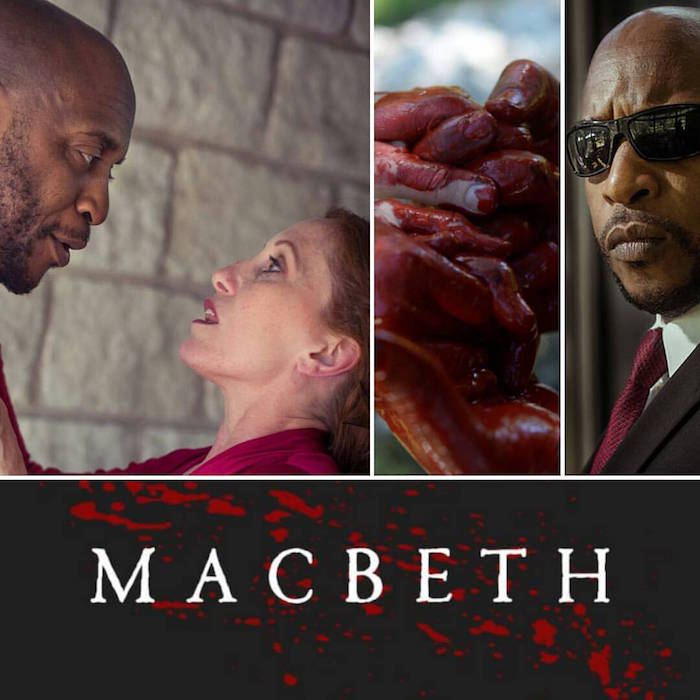