Into The Woods
by Woodlawn Theatre

One of Sondheim’s most enchanting works, Into the Woods follows the stories of the Baker and his wife who wish to have a child, Cinderella who wishes to attend the King’s Festival and Jack who wishes his cow would give milk. With the words ‘once upon a time,’ the story begins. We follow Cinderella, Rapunzel, Little Red Riding Hood and Jack (of beanstalk fame) encountering the consequences traditional fairytales conveniently ignore.

“The magical tale winds its way through everyone’s favorite Brothers Grimm fairytales flipped upside down…with a hefty dose of reality thrown in for good measure,” says Woodlawn artistic director Greg Hinojosa. “Like…what does one do with a dead giant in the backyard? And what really happens when you marry a prince? It’s a whimsical, slightly dark story for adults and children alike where happily ever after is just the beginning.”

Into The Woods
by Stephen Sondheim and James Lapine
Woodlawn Theatre

Tickets are on sale now at  www.woodlawntheatre.org or by calling the box office at 210-267-8388. Show times are Friday and Saturday at 7:30 pm and Sundays 3 pm. Tickets cost $15 - $23 with discounts for students, military and SATCO members.

The Woodlawn recommends Into the Woods for adults and children 13 and up.  A  timeless yet relevant piece, Into The Woods is a rare modern classic. It won several Tony Awards during its Broadway run, including Best Score and Best Book. 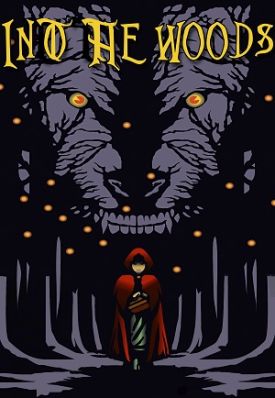