Production Support: Field Guide is commissioned and developed by Yale Repertory Theatre, New Haven, CT, James Bundy, Artistic Director and Victoria Nolan, Managing Director. Creation support for this project also comes in part from from The MAP Fund, a program of Creative Capital supported by the Doris Duke Charitable Foundation and the Rockefeller Foundation, Mid-America Arts Alliance and foundations, corporations and individuals throughout Arkansas, Kansas, Missouri, Nebraska, Oklahoma, and Texas, and The National Endowment for the Arts, because a great nation deserves great art.

Rude Mechs creates new works collaboratively, and we believe it is important to acknowledge the work that is done prior to getting the show ready for production. This work begins often with the Co-Producing Artistic Directors finding consensus around a project’s concept. That done, a collaborative team refines the concept, develops content, structure and style, and gets the piece on its feet. This collaborative team eventually expands to envelop to the entire production team as the work is created.

What We Were Ever Thinking

The creation process for Field Guide began in Fall 2014 with the Co-Producing Artistic Directors in the earliest concept phase. Company Members joined in November and then in December, we all headed off to Yale for a 9-day residency where we generated material. We put it all away until the first week of March – we generated more material and ruthlessly cut and shaped the piece to make it audience-ready.

Rude Mechs completed this workshop showing of the first draft in March 2015 (3/19 – 3/29). Tickets were free and a post-show feedback session was held after every performance to solicit ideas and critique from our patrons.

To date, the piece has been flitting around how to be a good person, or how to live the best life possible: The Brothers Karamazov; Yul Brynner’s forehead; stand-up comedy; dancing; meditation; Jack Kerouac; and acting cubes. We will present a more complete picture of the piece in April 2016.

“Alexei doesn’t get a lot of time in the stage adaptations and the movie we found because, I think, it’s hard to depict spiritual longing… as opposed to action – you know, like Dmitri running around drinking, gambling and hitting people – that’s easy.”

Tickets are $25 on Fridays and Saturdays.

Tickets are Sliding Scale $5 to $25 on Thursdays and Sundays.

You will receive a receipt via email from support@artful.ly. Check your spam folder. If you did not receive a receipt, you do not have a ticket. Email us if you want us to check for you. It’s easy. We are happy to.

A waiting list will begin in person at the box office one hour prior to each performance. Unclaimed tickets will be released to the waiting list at 7:55pm.

We can refund tickets and we can exchange tickets for a different performance if there are seats available. We cannot do either of those things within 24 hours of the performance in question.

Your tickets are transferrable to another person – you just need to email us and let us know their name (the reservation will stay under your name). If we don’t have the name, we can’t let them use the ticket. 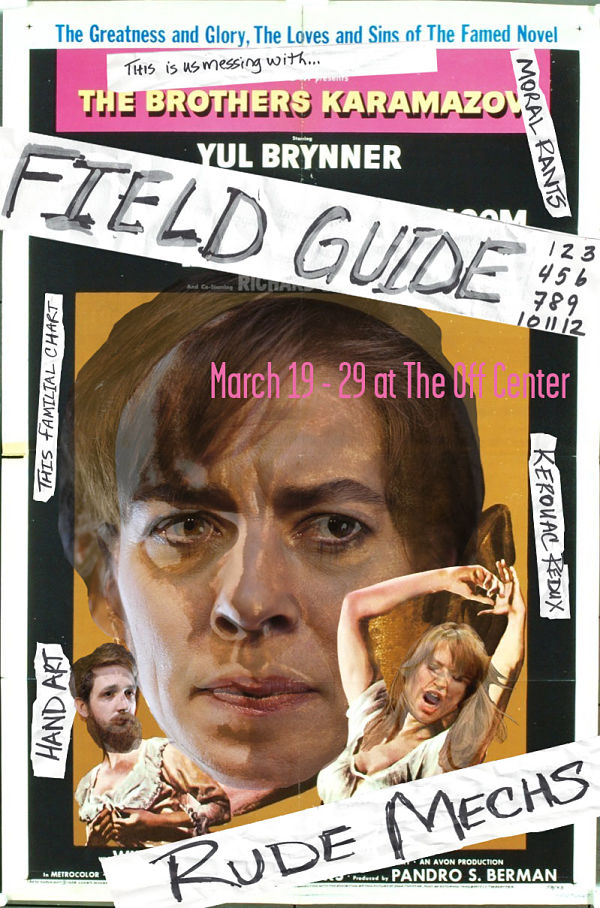