This multiple-award-winning musical tells a universal tale of fame, fortune, murder, and all that jazz with one show-stopping number after another. Set in prohibition-era Chicago and based on actual crimes from the era, Chicago is a satire packed with glamour and glitz and a host of unforgettable characters including murdering chorus girl, Roxie Hart who attempts to make the most of her sudden fame, vaudevillian Velma Kelly and the Merry Murderesses of Murders' Row trying to keep the limelight focused on themselves, and their sweet-talking, fast-dealing lawyer, Billy Flynn. The performance rights for Chicago haven’t been available to regional theaters for over a decade, so Austin Playhouse is thrilled to be one of the first theaters to produce this show!

The play is directed by Michael McKelvey, with musical direction by Lyn Koenning, choreography by Danny Herman and Rocker Verastique, set design by Desiderio Roybal, lighting design by Don Day, costume design by Buffy Manners, and sound design by Joel Mercado-See.
Feature by Robert Faires for the Austin Chronicle, May 29

Austin Playhouse is a professional theatre currently performing its 15th season. Under the leadership of Producing Artistic Director Don Toner and Artistic Director Lara Toner Haddock, Austin Playhouse has grown from a three-play season on the campus of Concordia University, to a year-round operation producing an average of eight plays a year. Austin Playhouse is currently performing at ACC's Highland Mall campus. The theatre is currently being renovated to include an expanded lobby, rehearsal hall, and restroom facilities.

BOX OFFICE: 512.476.0084 or online at www.austinplayhouse.ticketleap.com/chicago


DISCOUNTS: All student tickets are half-price. $3 discount for Seniors 65 and up. Group rates available. 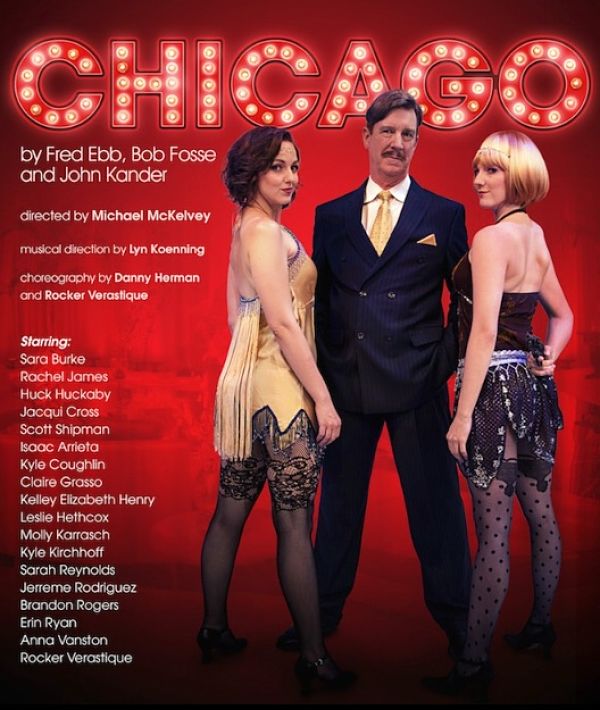