Directing at the Hill Country Community Theatre for the first time, the award-winning Bridget Farias Gates holds a BFA in Acting and a BFA in Directing from Texas State University. Having studied for two summers with the Royal Shakespeare Company in Stratford, England, Bridget is now the Artistic Director of the EmilyAnn Theatre & Gardens in Wimberley. She has worked professionally with City Theatre, ZACH, Scottish Rite Children's Theatre, Austin Shakespeare, Troupe Texas, The Baron's Men, and Trinity Street Players.

Performances will be on Thursdays, Fridays, and Saturdays at 7:30 PM and Sunday matinees at 2:15 PM 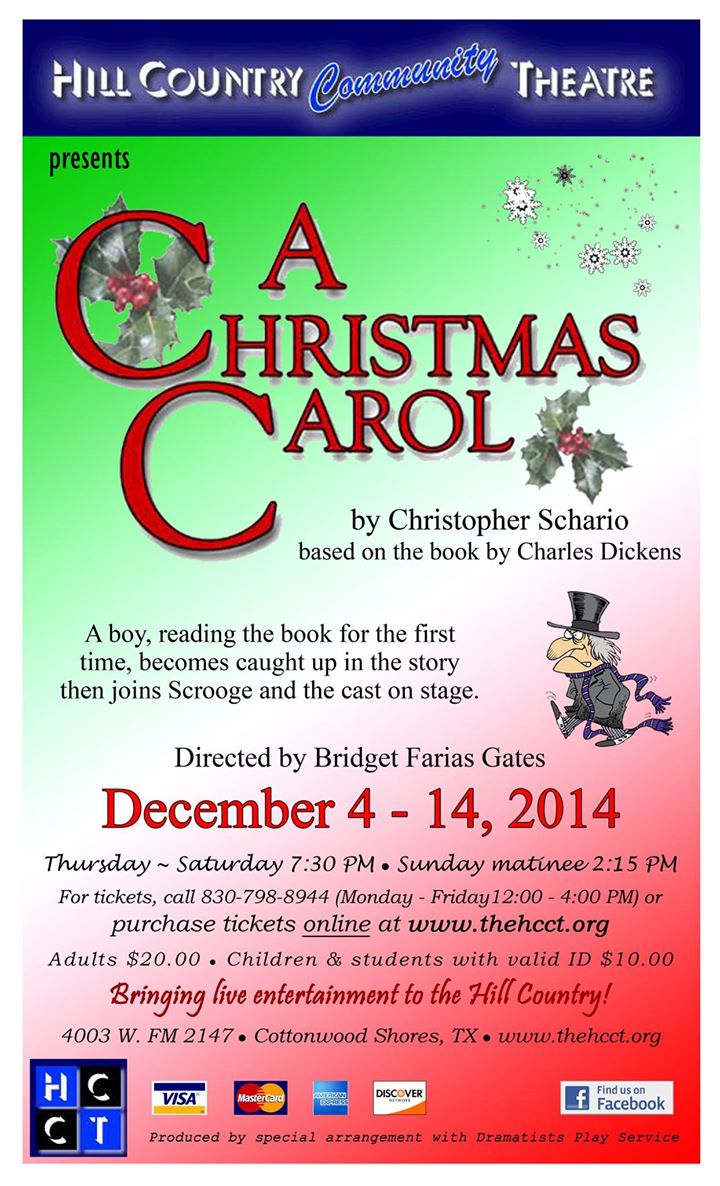