Based on the novel  by E.L. Doctorow, Ragtime is a compelling epic capturing the American experience at the turn of the 20th century. Tracking three diverse families in pursuit of the American dream in the volatile “melting pot” of turn-of-the-century New York, Ragtime confronts the dialectic contradictions inherent in American reality: experiences of wealth and poverty, freedom and prejudice, hope and despair. Over the course of the show, the worlds of a wealthy white couple, a Jewish immigrant father and his motherless daughter, and an African American ragtime musician intertwine. Together, they discover the surprising interconnections of the human heart, the limitations of justice and the unsettling consequences when dreams are permanently deferred. This musical sweeps across the diversity of the American experience to create a stirring epic that captures the beats of the American experience: the marches, the cakewalks and - of course, the ragtime.

We are still casting for the role of Young Coalhouse Jr. This role appears briefly at the end of the show and has no lines or songs. 4-6yo; Black performer (walk on at end of show.) If you're interested in this role or if you know someone that would be interested, please email Chris@woodlawntheatre.org 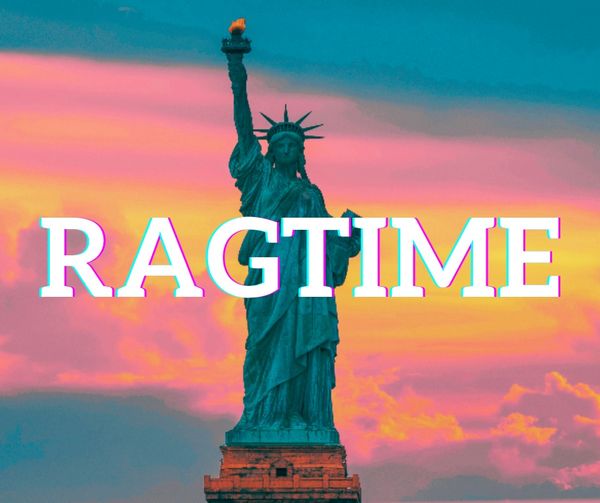