The Real Thing
by Austin Shakespeare

The Real Thing is Tom Stoppard's exploration of fidelity/infidelity. Using a play-within-a-play mechanism, the play integrates issues of political anarchy in the politically charged atmosphere of London in the early 1980s. The audience must decide between reality and appearance, honesty and falsehood.

Set in the early 1980s, Tom Stoppard's witty plot explores marriage, fidelity and infidelity and includes an array of mid-20th century pop music. The Real Thing offers the same clever writing and exploration of relationships audiences have seen in Arcadia, The Invention of Love, and Indian Ink.

*appearing through an agreement between Austin Shakespeare and Actors’ Equity Assn., the union of professional actors and stage managers in the United States

The Rollins Studio Theatre at the Long Center, Austin 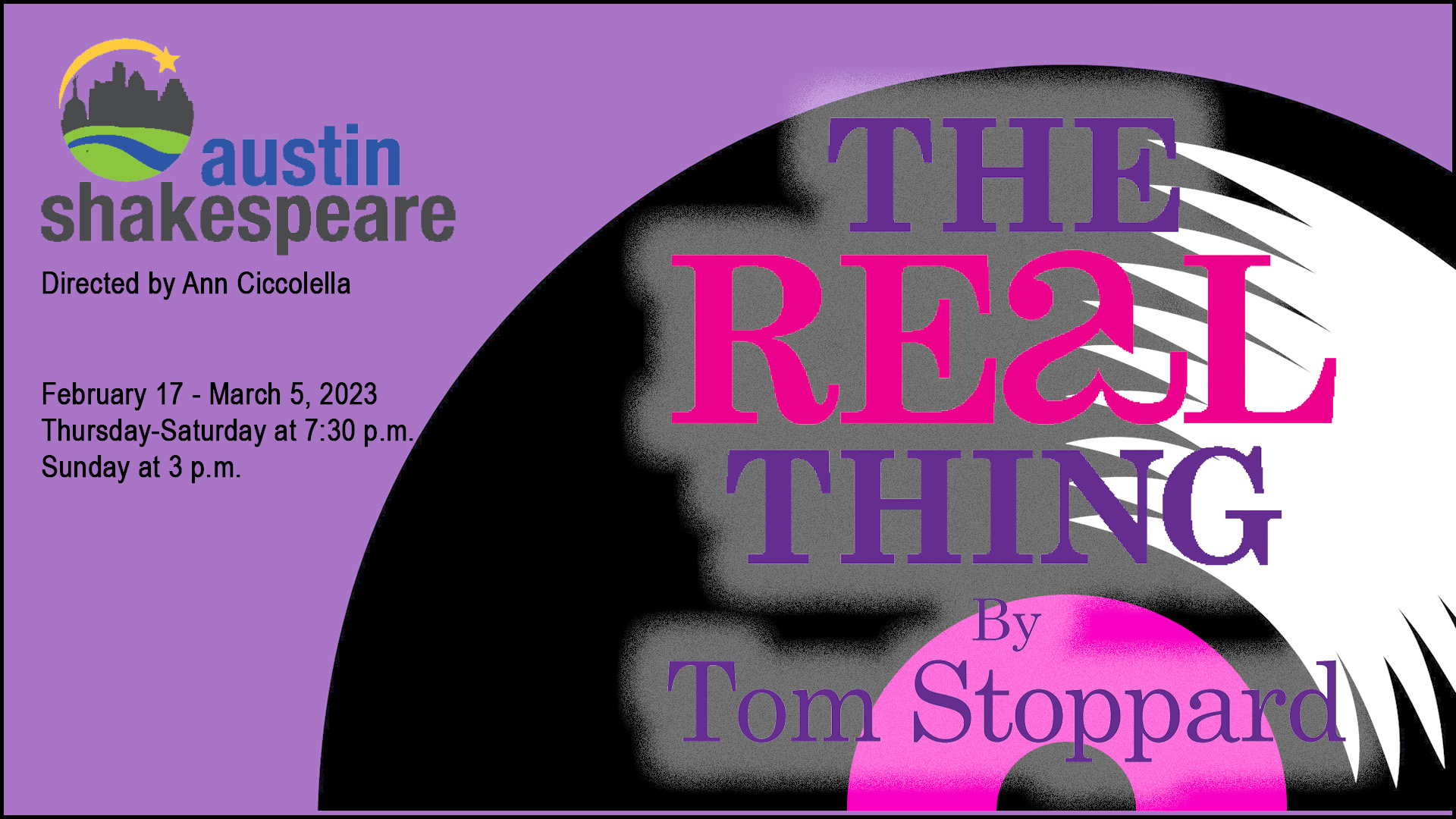