The Man Who Came to Dinner
by Sam Bass Community Theatre

The Man Who Came to Dinner, Known for its over-the-top characters and hilarious plot, has been an audience favorite since it debuted in 1939. The play sees radio personality Sheridan Whiteside confined to a wheelchair as he recovers from a fall taken at the Ohio home of Mr. and Mrs. Stanley. Tensions mount as Whiteside’s flashy New York City celebrity lifestyle clashes with the Stanleys' quiet midwestern values and his secretary falls in love with the editor of the local newspaper. A parade of eccentric visitors descend son the small town as Whiteside inserts himself into the lives of the Stanleys, attempts to disrupt his secretary’s new romance, and tries to escape the tedium of rural Ohio.

The play’s authors, Moss Hart and George S. Kaufman, based a number of the characters on well-known figures of their day, including Alexander Woollcott, Harpo Marx, and Noel Coward. A 1942 film adaptation of the work featured Bette Davis.

The Sam Bass Theatre Association was established in 1973 and performs in a building originally used as a depot for the Union Pacific Railroad. 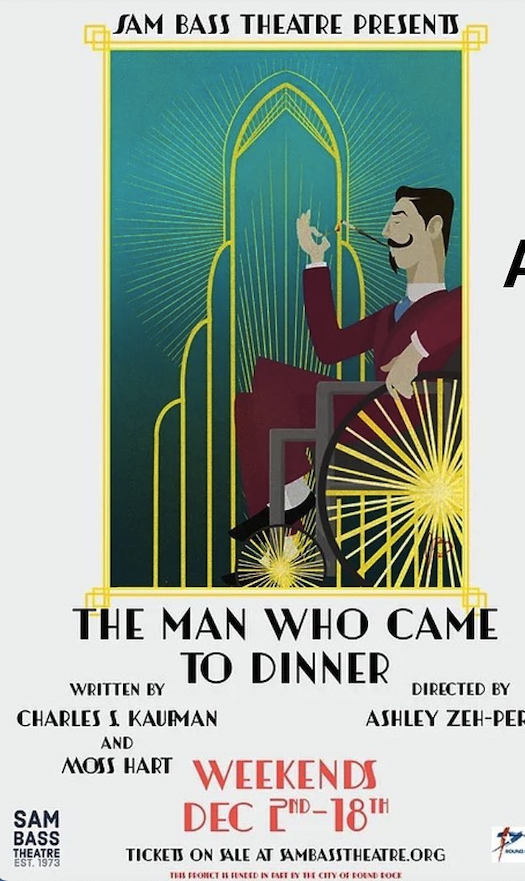