The play, set in 1669 at the King’s Company playhouse, is a fictionalized account of these women’s experience within Restoration theatre. The plot follows all five of these women as they navigate the world of theatre.

Nell Gwyn begins as a server at the “Cock and Pie,” then promotes herself to orange seller in the playhouse, until finally she becomes not just an actress, but the most famous Restoration actress in history.

Elizabeth Farley begins preaching the Bible on the streets of London, only to find out that the playhouse is looking for a new actress. Elizabeth auditions and successfully joins the King’s Company.

Rebecca Marshall is a young actress at the King’s and over the course of the play, she has an affair with the Earl of Oxford, which eventually leads to her demise.

Mary Betterton is the lead actress at the King’s, she is a seasoned and excellent performer. However, she is getting older. By the end of the play, she is forced to leave the playhouse and give up her former leading parts to the young actresses.

“anything. now WE can say anything.” 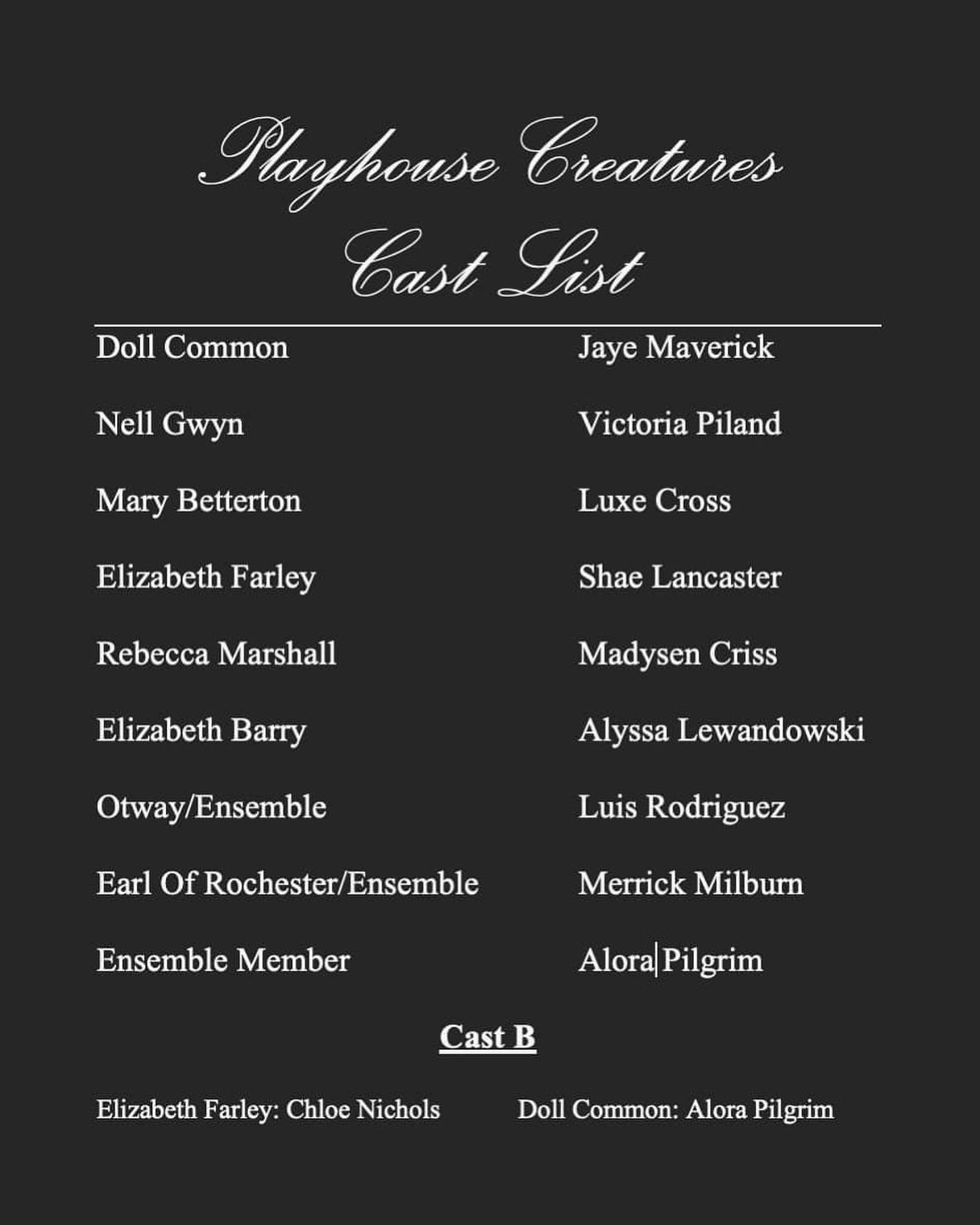 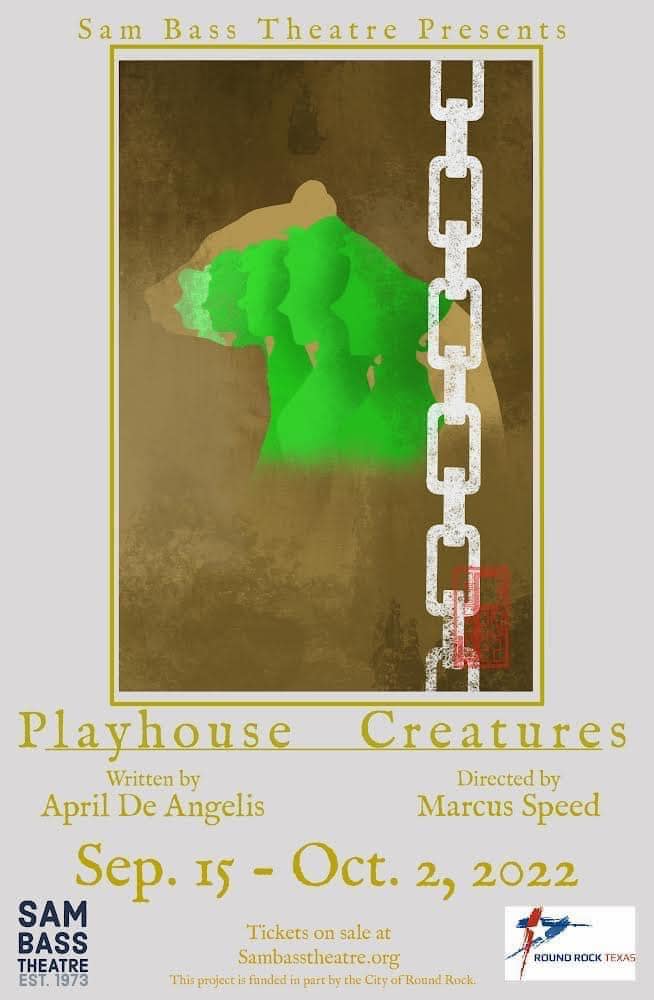