The Rivals
by Austin Shakespeare

Celebrating the antics of a comedy of manners, join Austin Shakespeare and its talented cast for the hilarious online reading of The Rivals by Richard Brinsley Sheridan.

This is the story of a high-born Englishman impersonating an impoverished suitor in order to win the heart of Lydia Languish, who singularly refuses to marry any well-to-do suitor! This farcical romp skewers money, class, and marriage. With a current, contemporary twist, audiences are sure to revel in the fun and frivolity.

Featuring award-winning Austin actors Marc Pouhé as the demanding but good-natured father Sir Anthony Absolute and Babs George as the infinitely misspoken Mrs. Malaprop, young actor John Austin will also be joining in the fun playing the hero Captain Jack Absolute by Zoom-ing in from Washington, DC. John, originally from Austin, previously amazed Young Shakespeare audiences as both the dapper young Romeo and the great and garish Julius Caesar.

“One of the wittiest romances ever! Comic characters abound, and we are delighted to have a bouquet of talented performers to bring them to life and laughter.”  -Ann Ciccolella

Streaming online -- one performance only 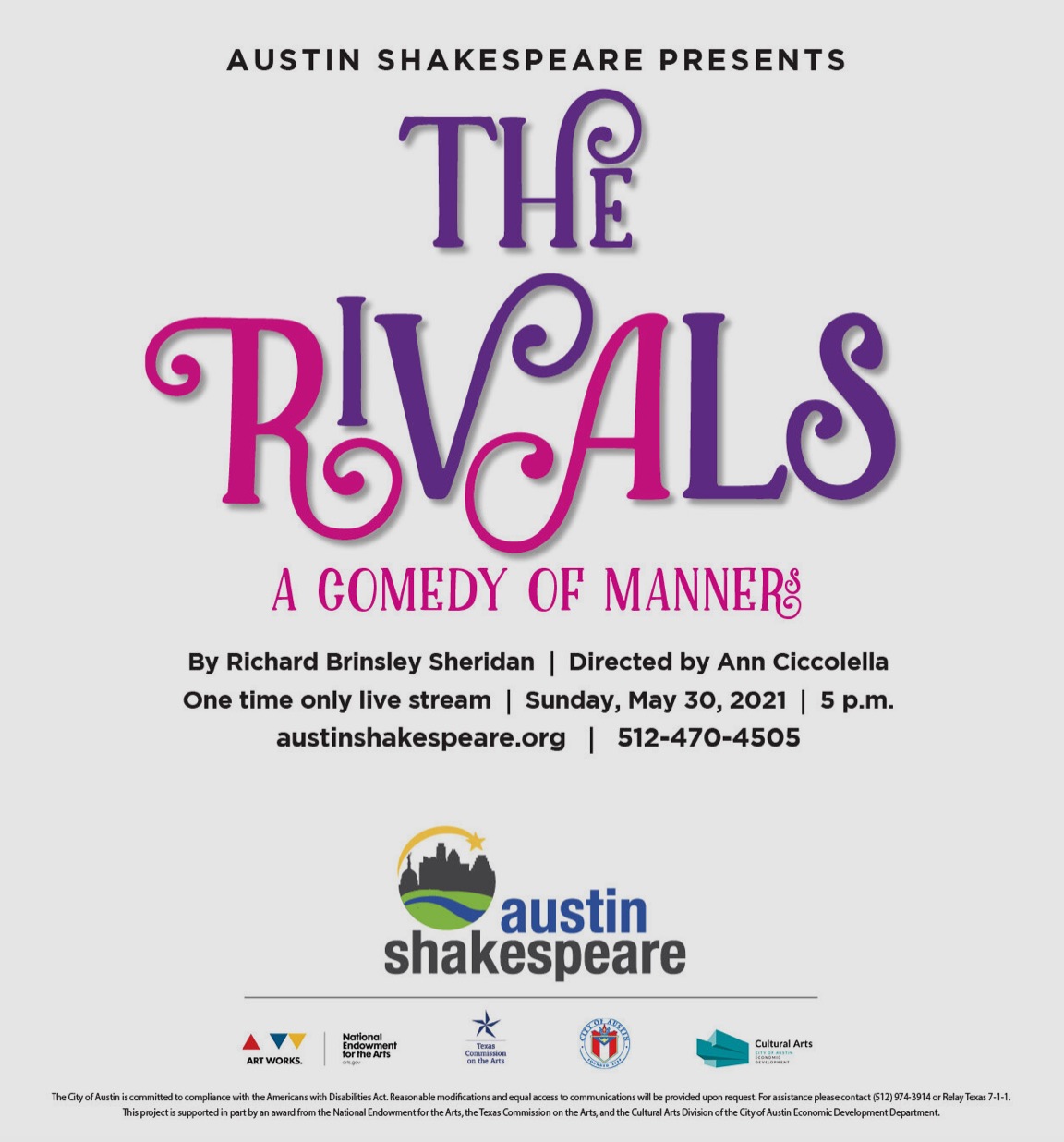