Lysistrata
by The Baron's Men

Lysistrata, written by Aristophanes more than 2000 years ago, is one of the best and earliest theatrical portrayals of the battle between the sexes. Set in Athens at the time of the Peloponnesian War, this raunchy political comedy shows to what great lengths the women of Greece are willing to go in order to end hostilities between the cities of Athens and Sparta. The titular heroine and her band of lusty ladies overtake the Acropolis and solemnly (and somewhat reluctantly) vow to withhold all marital pleasures from their war-like menfolk until peace is declared. The action comes to a head the when the women’s stiff resolve stiffens the men themselves, thrusting the play towards its climax. The Baron’s Men are proud to present a reprise of this steamy and hilarious production that keeps audiences coming back millennium after millennium.

Lysistrata
by Aristophanes
The Baron's Men

The Baron's Men proudly presents an on-line  reprise of Lysistrata, one of the best and earliest theatrical portrayals of the battle between the sexes. Lysistrata was originally performed by The Baron's Men in 2014, so if you missed it back then, now is your chance to see it.  We will be performing it live virtually on July 11 at 7pm CT.  We are requesting a minimum donation of $5, but Lysistrata and her ladies are never ones to turn down an ample purse. All funds raised will go towards towards future production needs.

Don't miss out on this steamy and entertaining good time! 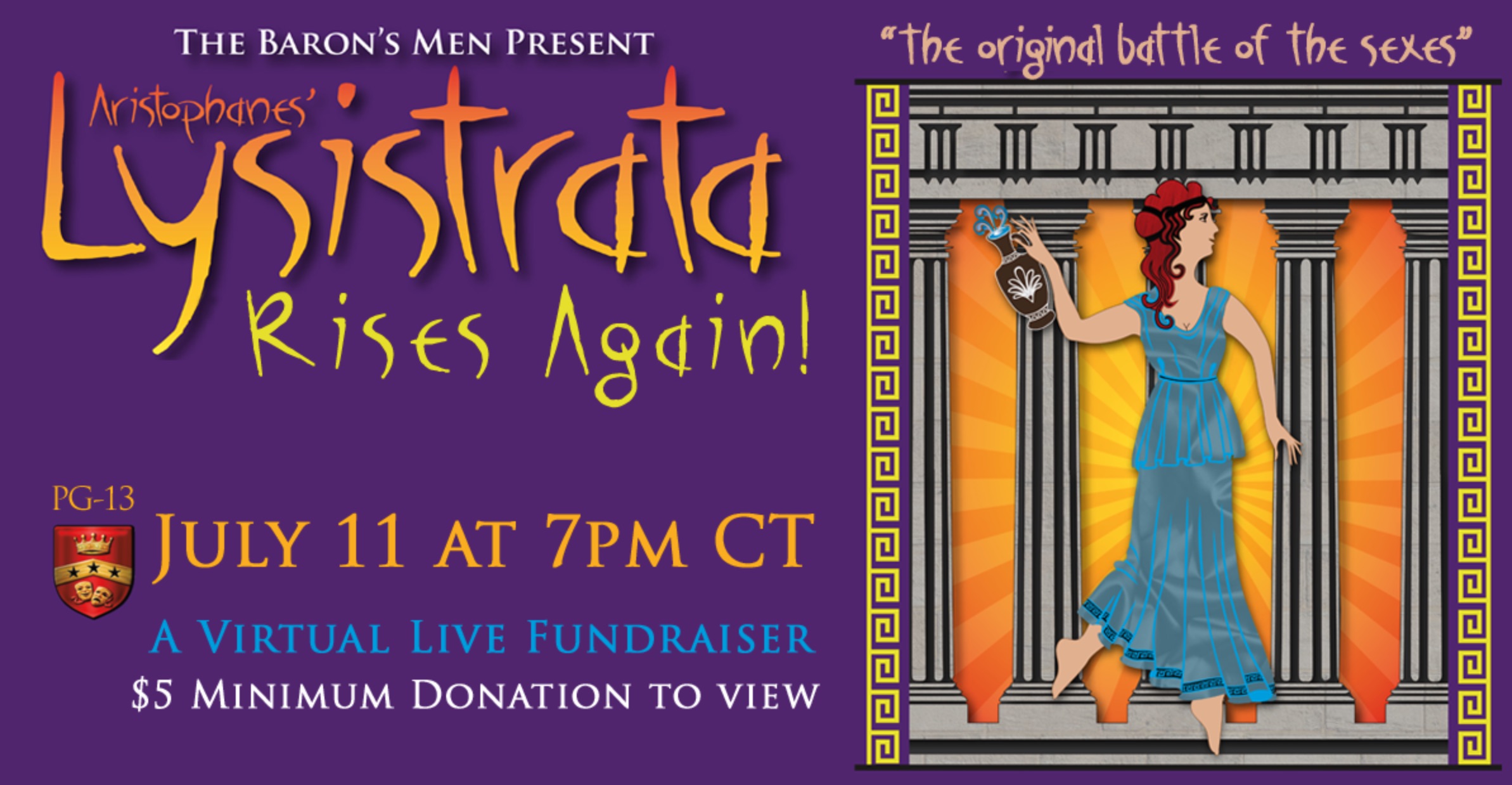 The Baron’s Men is a small, independently funded community theater dedicated to research of the Elizabethan theater and the performance of plays from that period. The troupe’s first production was ...