A Christmas Carol, one-actor, by Bernadette Nason
by Austin Playhouse

Join Austin Playhouse in celebrating the holiday season with award-winning actress, storyteller, and author Bernadette Nason, as she reprises her one-woman version of Charles Dickens’ A Christmas Carol. Using Dickens’ own abridged version, Nason vividly brings the holiday classic to life, portraying more than thirty characters in one hour.

"Bernadette (Nason) delivers Dickens' quick-moving vivid text with crisp assurance and deft, economical mime. No exaggerations or mugging here; a shift of the shoulders, a roughening of the voice, a glint in the eye and she creates Ebenezer Scrooge in our minds, not in pantomime on the stage. Hers is the opposite of a bravado performance. She invites us into the fable, sketches the characters, and articulates the text with precision and relish... They're all here -- skinflint Scrooge, meek Bob Cratchit, Scrooge's bounding nephew Fred, the two quite distinct old gentlemen soliciting charity, each of the Cratchit children, three spirits of Christmas and a goodly crowd of others..."Austin Live Theatre, December 2010

"Now this is a one-woman show. And Nason does portray all the characters. But stating these facts doesn't fully connect to the statement that Nason is A CHRISTMAS CAROL: narrator, characters, beginning, middle, drama, humor, end, and all..."Austin Chronicle, December 2009

Austin Playhouse is a professional theatre in its 20th Anniversary season. Under the leadership of Producing Artistic Director Don Toner and Artistic Director Lara Toner Haddock, Austin Playhouse has grown from a three-play season on the campus of Concordia University, to a year-round operation producing an average of six mainstage plays a year along with two theatre for youth productions and a new play festival. Austin Playhouse is currently performing at the Austin Community College Highland campus while the veteran arts organization raises funds for its new facility. 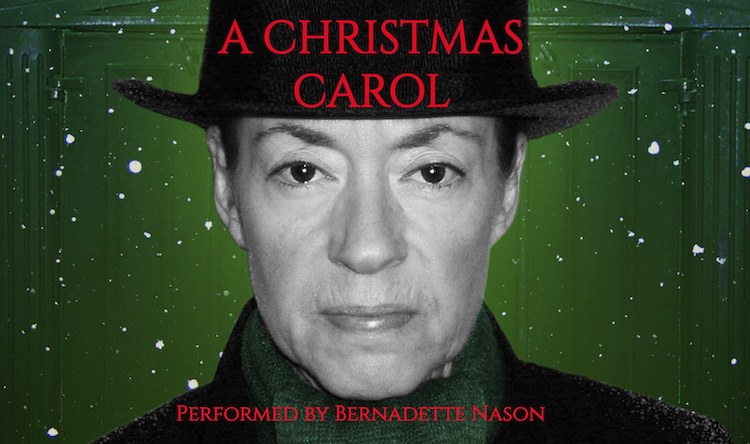 Mission... Austin Playhouse is dedicated to providing opportunities for Austin artists and audiences to celebrate the human experience. Austin Playhouse will nourish your mind, delight your spirit, and enrich your ...