The Tempest
by City Theatre Company

Let the winds blow in this sizzling reimagining of Shakespeare’s popular romantic play as City Theatre Austin is thrilled to present the 2019 summer production of The Tempest, a fantastic, storm-raging theatre event you don’t want to miss. Guest director Levi Gore leads the production.

“Lord, what fools these mortals be!” – Tempest Act III, Scene 2

Trickery, mystery, and revenge set the stage for one of Shakespeare’s masterpieces, where spirits roam, magic is real, reality is elusive, and illusion abounds. In this fanciful classic, often compared to A Midsummer Night’s Dream, an exiled noble turned sorcerer uses his power to raise a fierce storm, shipwrecking a group of conspirators onto his remote island home that’s full of mysterious and magical beasts, and nothing is as it seems. There, attended by his daughter, the sorcerer leads his enemies through a fantastic dream where all must choose between vengeance and the freedom that can only come with reconciliation and forgiveness. Conjure up a night of unforgettable entertainment!

“We are such stuff as dreams are made on.” - Prospero

First written and performed around 1611, The Tempest is considered to be the last of Shakespeare’s late romance plays and believed to be one of the last plays he wrote alone. For centuries, the play was disregarded and viewed as an inferior work compared to others in Shakespeare's collection. Before the ban of play performances in 1642, it was rarely performed, and only gained popularity after the Restoration when his plays were brought back to the stage. In the twentieth century, scholars, and actors alike, began to reconsider the play's value, and today it is considered one of the bards most well-written plays. If you’ve never seen a Shakespeare play before, this is a great place to start!

City Theatre is excited to welcome back guest director Levi Gore, who has a taste for Shakespeare, having performed in the CTC productions of A Midsummer Night’s Dream, Twelfth Night, Julius Caesar, and Hamlet. In 2018, he directed the company’s highly successful production of As You Like It, winner of numerous BroadwayWorld Austin theatre awards. He is joined by the incredible cast of George Kendall, Tristan Evans, Sunny Huang, Emma Parsons, Denver Surgener, Sunshine Garrison, Fernando Velez, Chuck Winkler, Anthony Nichols, Mick D’Arcy, Marc Balester, Peter Young, Bonnie Lambert, Holly Garrison, and Sarah Weiner.

The City Theatre Company is excited to be celebrating its 13th anniversary season of live theatre entertainment in Austin. CTC is an Austin-based, not-for-profit arts organization and is sponsored in part by the Austin Creative Alliance and the Austin Cultural Arts Division. Founded in 2006, the company has been recognized by the Austin Critics Table Awards, the B. Iden Payne Awards, the Central Texas Excellence in Theatre Awards, Austin Live Theatre, BroadwayWorld Austin and has twice been voted “Best Theatre Company” by Austin American-Statesman’s Austin 360.

CTC is dedicated in providing quality theatrical experiences and entertainment for Austin artists and its community and continues the commitment to making productions accessible for everyone. CTC offers its discount ticket program with $10 Thursday seats and $12 student seats for any show. The ticket discount is available throughout the 2018 - 2019 season. The production of The Tempest is an age-old romantic comedy and does contain adult situations and subject matter which may not be suitable for children.

The Tempest by William Shakespeare 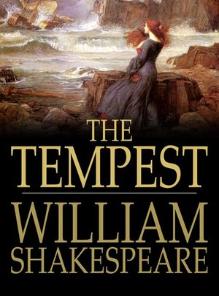