Soldier Songs combines elements of theater, opera, rock-infused concert music, and video by filmmaker Bill Morrison to explore themes of loss, the exploitation of innocence, and the difficulty of expressing the truth of war. The libretto, created by the composer, was adapted from recorded interviews with veterans of five wars. Soldier Songs traces changing perceptions of war in our society and by those who experience it. It is a chilling and realistic view of our media-crazed, war-machine culture, and of the nature of power in war.

The Opera ATX presentation is produced by Beth Morrison Projects, which has been hailed as a “contemporary opera mastermind” (Los Angeles Times) and “the edge of innovation…its own genre” (Opera News). The opera features baritone David Adam Moore, who starred in the premiere of this production. The guest chamber ensemble Newspeak, a mainstay of the New York indie-classical scene, is conducted by Todd Reynolds, and the evening is directed by Ashley Tata, all in their Austin Opera debuts.

In celebration of its bold new artistic initiative, Opera ATX, Austin Opera is proud to present the Central Texas premiere of an innovative new multimedia work, Soldier Songs, by acclaimed composer David T. Little, April 5–6, 2019 at the historic Paramount Theatre in the heart of downtown Austin.

Friday and Saturday at 8 p.m. 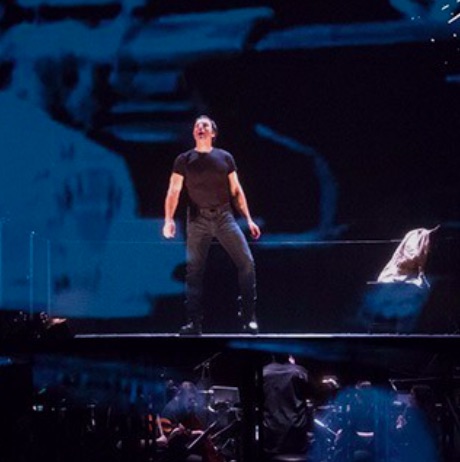