Cat on a Hot Tin Roof
by Austin Shakespeare

CAT ON A HOT TIN ROOF 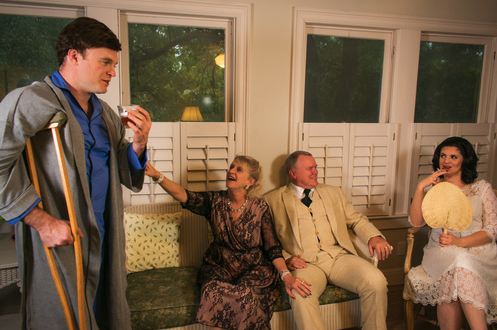 Noted for its Southern sexy verve, the play will have a new staging by Artistic Director Ann Ciccolella. Gwendolyn Kelso returns as “Maggie the Cat,” after wowing audiences as “Blanche” in A Streetcar Named Desire, one of the most of popular shows the professional company has ever produced. New to Austin Shakespeare is Zac Thomas as “Brick,” the husband who is succumbing to alcoholism as his wife tries to save him and their marriage. As his dynamic father, “Big Daddy,” Ev Lunning returns to the stage, with a new actor debuting with Austin Shakespeare, Elise Jacobs as “Big Mama.”

“Tennessee Williams is both a poet and a playwright, and in Cat his beautiful potent story unfolds in a Mississippi bedroom,” said Ciccolella. “In one powerful night that is meant to celebrate Big Daddy’s birthday, truths are revealed that have been masked by each member of the family.”

ABOUT AUSTIN SHAKESPEARE: Founded in 1984 and the only professional classical theater company in Central Texas, Austin Shakespeare presents theater of the highest quality with an emphasis on the plays of William Shakespeare, staging performances that are fresh, bold, imaginative, thought-provoking and eminently accessible -- connecting the truths of the past with the challenges and possibilities of today. In the fall and spring, Austin Shakespeare also produces plays by Shaw, Schiller, and Stoppard at The Long Center for the Performing Arts Rollins Studio Theatre. Austin Shakespeare’s ongoing “Shakespeare Aloud” reading group and “Artist’s Way” sessions invite new participants weekly and the company’s education program 20/20 sends professional actors into the schools to encourage love of language. In 2018, Austin Shakespeare was honored with a grant from the prestigious Bloomberg Philanthropies’ Arts Innovation and Management (AIM) program 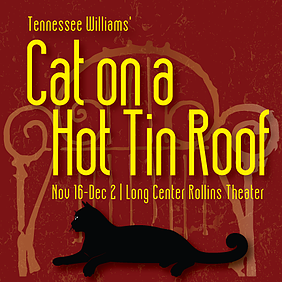