Much Ado About Nothing
by Austin Shakespeare

Austin Shakespeare kicks off the holiday festivities with Shakespeare’s popular romantic comedy Much Ado about NOTHING, running in the intimate Rollins Studio Theatre at The Long Center from November 15 - December 3. Set in the lush “Belle Époque” at the turn of the 20th Century, the witty and battling couple Beatrice and Benedick first trade barbs and then kisses. Music will fill the air in sunny Italy with surprising songs performed in trios and duets, featuring mezzo-soprano vocalist Shelley Auer. Shakespeare aficionados and newcomers will find much to love in Austin Shakespeare’s accessible and visually delightful version of this classic play.

Two of Austin Shakespeare’s favorite professional actors, Marc Pouhé and Gwendolyn Kelso, will play Benedick and Beatrice. The pair was last seen feuding as Kate and Petruchio in the company’s Free Shakespeare in the Park production of The Taming of the Shrew. Director Ann Ciccolella expressed her enthusiasm, saying, “Exuberance is the key to a joyful battle of the sexes, especially between Beatrice and Benedick, two of Shakespeare’s most clever characters.” 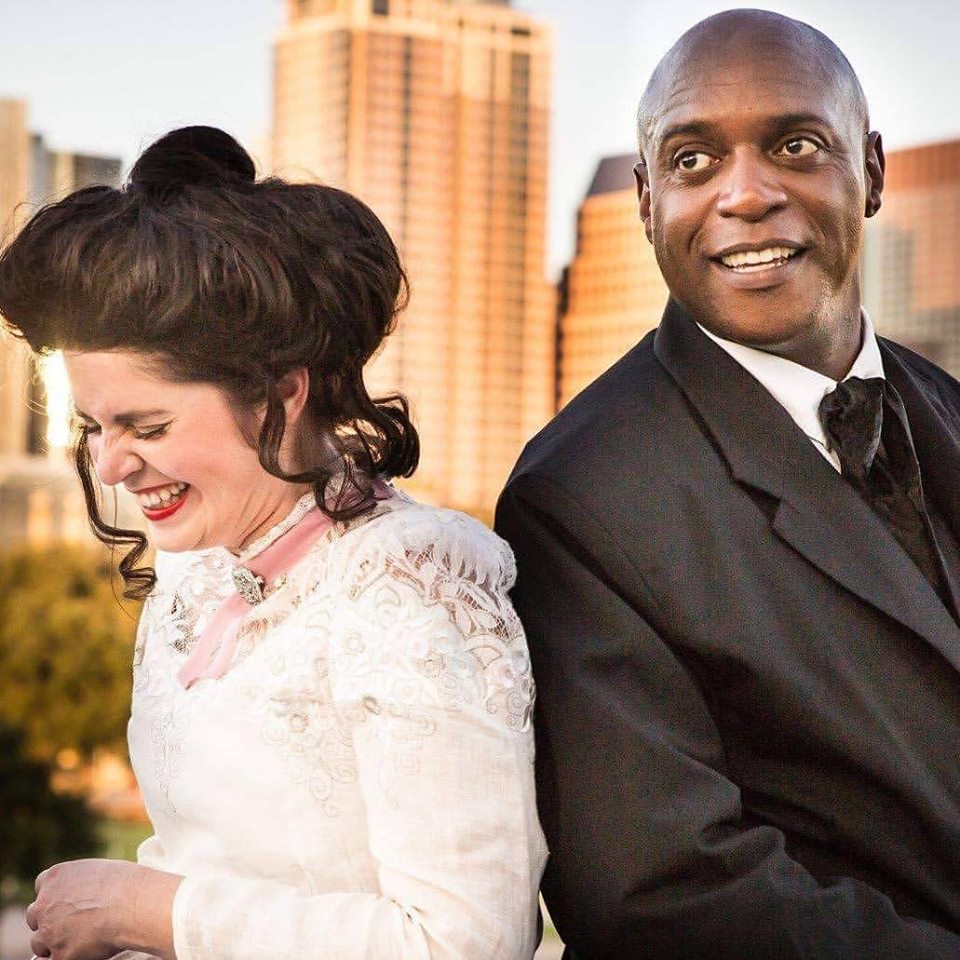 No Performance on Thanksgiving Day

Specially-priced student tickets and a number of $5 “eyeGO to the Arts” tickets for High School students are available for every performance. Tickets are also available for a student “Informance” on Thursday, November 30 at 11 am, where students will have a chance to tour The Long Center, see fully-staged scenes, and participate in a Q & A with the actors and director. For more information, contact education@austinshakespeare.org. 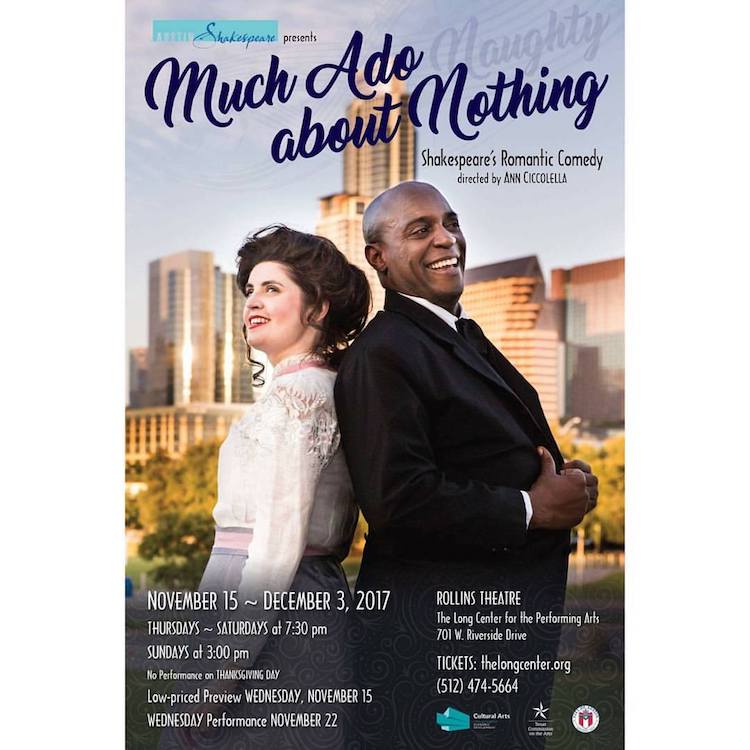