Passion AND Assassins (two one-acts)
by The Theatre Company

In celebrating Stephen Sondheim’s 60th year on Broadway, we are proud to present a world premiere. For the first time on any stage, The Theatre Company will present Sondheim’s two Award-winning one-act musicals together in one evening!

Passion tells the tale of an Italian soldier pursued by two women, one married and one obsessed. Assassins is a fantasy taking place in the Dallas book depository where John Wilkes Booth and other assassins and would-be assassins talk Lee Harvey Oswald into killing John F. Kennedy.

TTC obtained special permission from Mr. Sondheim himself to bring this combined event to our stage! 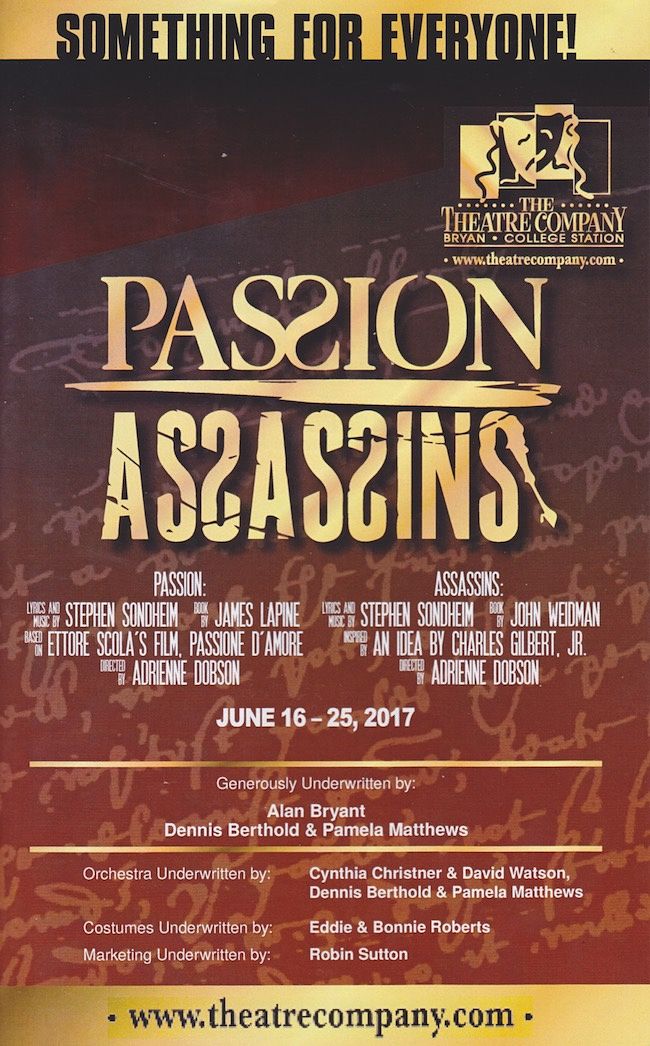