A comedic romp into the world of fantasy role-playing games, She Kills Monsters tells the story of Agnes Evans as she leaves her childhood home in Ohio following the death of her teenage sister, Tilly. When Agnes finds Tilly’s Dungeons & Dragons notebook, however, she stumbles into a journey of discovery and action-packed adventure in the imaginary world that was Tilly’s refuge. In this high-octane dramatic comedy laden with homicidal fairies, nasty ogres, and 90s pop culture, acclaimed young playwright Qui Nguyen offers a heart-pounding homage to the geek and warrior within us all.

Critical Response to SHE KILLS MONSTERS:

Sam Bass Theatre’s production of SHE KILLS MONSTERS will be directed by Logan Vohs who is making his directorial debut at Sam Bass Theatre at the age of 17. Mr. Vohs has been involved in Sam Bass Theatre for many years, acting in both shows for adults and as an active part of the Sam Bass Theatre Youth Guild. Mr. Vohs has has been seen on the Sam Bass stage in Table Settings, The Secret Garden, Alice In Wonderland, Never The Sinner, and Aladdin Jr. which garnered him the Broadway World Austin Award for Best Young Actor in 2015. When he is not on the Sam Bass Stage Logan Vohs is often seen performing with Cedar Ridge High School as part of their award winning musical theatre program.  When asked about why Mr. Vohs took on this show which has been lauded as “A Loveletter To Nerd Culture”Mr. Vohs said “It's a story that needed to be told. On the surface this is a fun and comedic romp about 90's nerd/geek culture. But delving into it, you have a heartwarming story about two sisters truly getting to know each other for the first, yet final, time.” The show features a world within a world, with lots of surprises and twist through the process, When asked why this story was important in 2017 Logan responded “The overall theme in She Kills Monsters is acceptance. Even in 2017 we are still dealing with acceptance on many levels, whether it be acceptance of geek/nerd culture, homosexuality, and it's even difficult to accept the loss of a loved one.”

Recommendation: This show is rated PG13 for some mild adult language

Special events in celebration of SHE KILLS MONSTERS include:

Sam Bass Theatre - A non-profit organization, Sam Bass Theatre creates intimate theatre experiences that ignite the imagination, inspire the spirit, and engage the community. The Sam Bass Community Theatre (SBCT) has been offering quality live theater to the Round Rock/Georgetown/Austin area for over thirty five years. Proud to be the first theatre company in Round Rock, SBCT strives to create thought provoking, entertaining, and enchanting live theatre all year long. We respect, value and celebrate the unique attributes, characteristics and perspectives that make each person who they are. We also believe that bringing diverse individuals together allows us to collectively and more effectively contribute to the development of the arts in Central Texas.Sam Bass Theatre’s 2016-2017 Season is sponsored in part, City of Round Rock.

Tickets start at $20 and are available online www.sambasstheatre.org  by phone at 512-763-7228, or in person at the SAM BASS THEATRE Box Office, 600 N. Lee Street (Located inside Memorial Park Round Rock) Thursday through Saturday, 7:00-9:00pm Sundays 2:00-4:00pm. SAM BASS THEATRE is wheelchair accessible.

The City Of Round Rock, Union Pacific, and Round Rock Arts are the Leading Sponsors for SHE KILLS MONSTERS 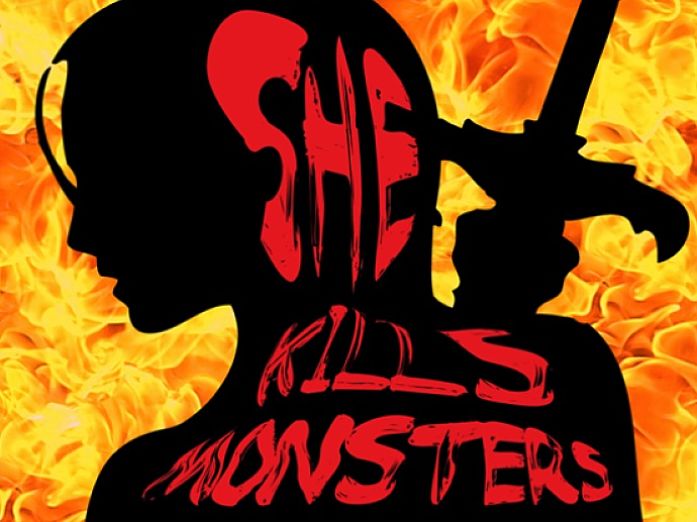 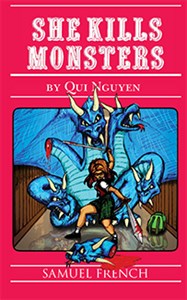