During World War II, women supported the war effort by taking on the dangerous job of flying planes in need of repairs or on their way to the junkyard. After the war, these women were often grounded as jobs were reclaimed by men. Flying introduces us to Susan, a former WASP now working to keep her husband's airfield and repair shop operational until Bob, returns home. When a former colleague of Bob's arrives at the airfield looking for work, it exposes all the vulnerabilities of Susan's current position. Sheila Cowley’s beautiful new play looks at the contributions of women to the war effort and the difficulties of getting back to "normal" life. 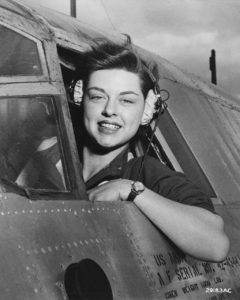