Je Christine
by The Baron's Men

Her works include her own biography, poetry (she is known to have written more than 600 ballades), books and letters in support of the just treatment of women, a treatise on warfare and chivalry, the official biography of King Charles V, colorful allegories, etc.—more tha  40 works in all. Live music composed by her contemporary, Guillaume de Machaut, underscores Christine’s words, translated by Ms. Savoy from de Pizan’s original Middle French manuscripts.

Intimate, poignant, and rousing, Christine’s story offers a glimpse into a turbulent era of war, civil unrest, climate change and rampant epidemic, and the wit and spirit with which she prevailed. (This show is not appropriate for young children.) 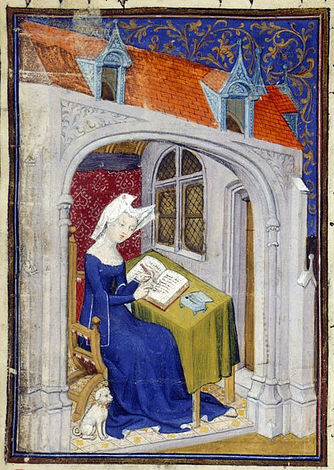 ​During a time of war, plague, and political upheaval, Christine's written counsel became increasingly valued by the royal family.  Christine published her own books, employing scribes, illuminators, and book-binders.  Her many works cover a range of styles:  love poetry, allegory, biography, educational treatises, public correspondence, spiritual writings, and a heroic poem dedicated to Joan of Arc, who was Christine's contemporary.  The City of Ladies and The Book of the Three Virtues stood in defense of women's worth five centuries before feminism became a recognized cause.  The Book of Deeds of Arms and of Chivalry, a manual on preparation for battle and on the laws and philosophy of war, is still referenced at military academies.

A’Plaisance and The Baron’s Men are excited to host this special evening with Suzanne Savoy as she enlightens her audience with the powerful words of Christine de Pizan.

The Curtain Theater box office opens at 7pm and the performance begins at 8pm.

Tickets are $15 plus service fees are available at the ticketing page of www.thebaronsmen.org 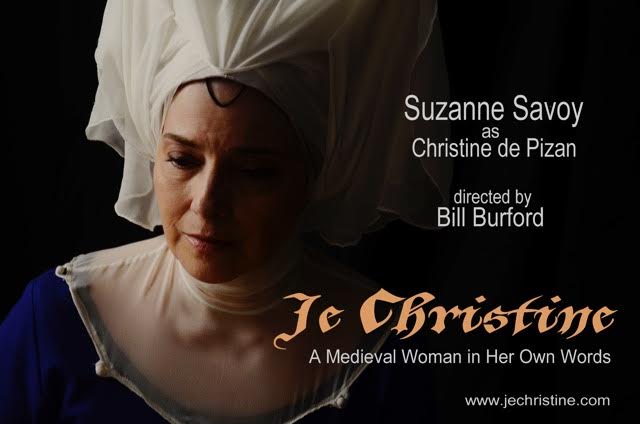