The Bowie Project: A Rock and Roll Soundpainting
by Andrea Ariel Dance Theatre

The performance will spark the curiosity of Bowie, dance, theater and music fans alike through its innovative use of a unique improvisational sign language used to spontaneously guide, shape and remix material in real time.

No two shows are the same in this exciting, unpredictable theatrical and musical experience!

Each performance will be followed by a music set of additional songs by Super Creeps, to which audience members are invited to dance and revel in the joy that Bowie’s music gave to us all.

The Bowie Project was named #2 of the Top Nine Big Bang Dance Concerts of 2015 by the Austin Chronicle.

Soundpainting was created by musician and composer Walter Thompson in New York City, and is now practiced widely across Europe in both professional and educational circles. Using over 1,200 gestures, Soundpainting allows the composer to sign artists the type of material to be performed. The very nature of Soundpainting harnesses two seemingly opposite concepts of specificity and chance and when combined with the electrifying tunes of David Bowie, the experience is nothing short of captivating.

Artistic Director Andrea Ariel has worked with Soundpainting creator Walter Thompson since the early developments in 1998, and is a Certified Soundpainter and Educator. As an Austin Creative Ambassador she attended the International Soundpainting Think Tank in Girona, Spain (2014) and recently in Milan, Italy (2016). AADT is only artistic company practicing and performing this art form in Austin and this region.

Find out more at: http://www.arieldance.org/portfolio/the-bowie-project-a-rock-roll-soundpainting/

This project is supported in part by the Cultural Arts Division of the City of Austin Economic Development Department, The Creative Fund, business sponsors and individual contributors.

The Bowie Project: A Rock & Roll Soundpainting returns to the stage in a tribute to David Bowie for the final performances in Austin, Thursday-Sunday, January 26-29 at Ironwood Hall, 505 E. 7th St. 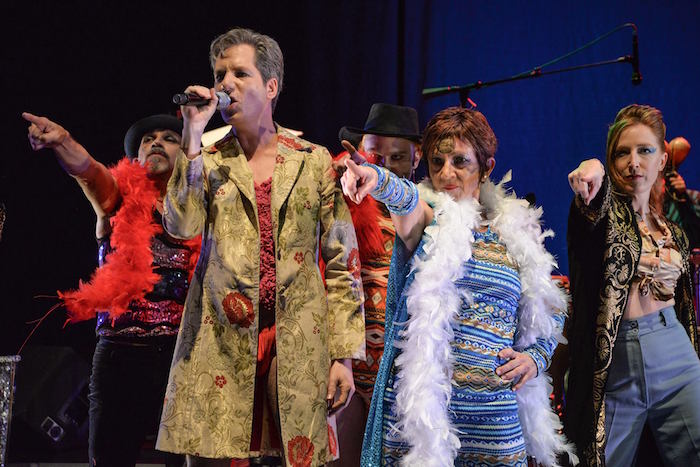