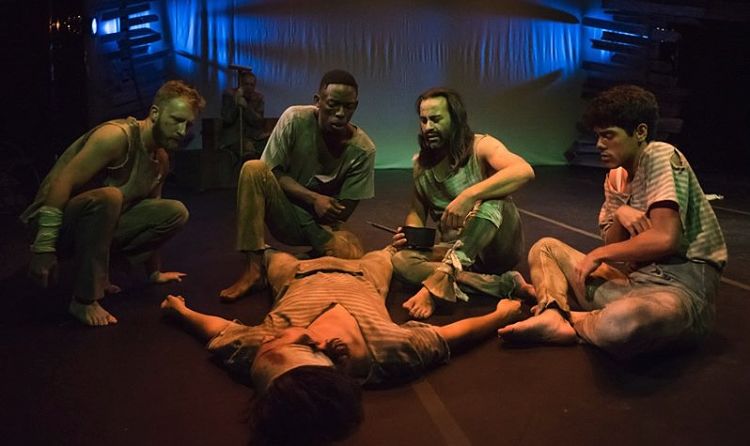 Graham Schmidt's adaptation and staging of Anton Chekhov's very short story 'Gusev' is a dark and haunting hour of theatre in which concept comes close to overwhelming content.

Graham Schmidt's adaptation and staging of Anton Chekhov's very short story Gusev is a dark and haunting hour of theatre in which concept comes close to overwhelming content.     Schmidt and talented collaborators take the ten-page story written by Chekhov in 1890 on his voyage back from Sakhalin Island in Russia's far east and endow it with rich layers of detail, remaining generally faithful to the text and sequence of the original. That overlay distracts … 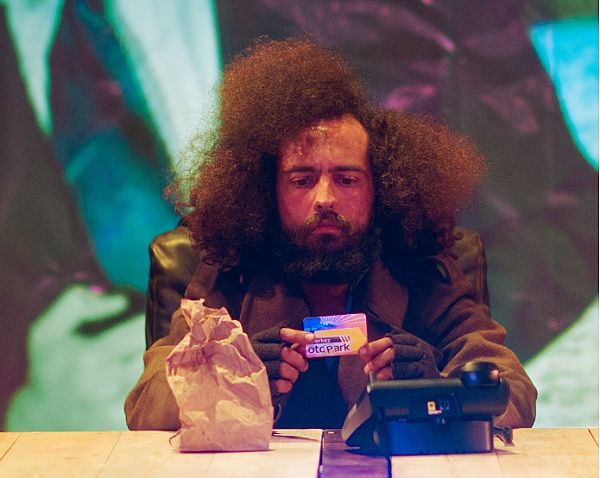 If hope is a smoky, fading ember in a dying world, we must search for it in the ashes of the barricades in Ukraine. The strangeness of this play may well be our guide and comforter.

“This is a strange play about hope.” That is the self- assessment of Playwright Maksym Kurochkin speaking in a video at the very end of his play Dulcey and Roxy at City Hall, A Play for the Theater of Arrhythmic Bullshit. By that point the audience cannot deny the truth of his words. The strangeness of the work is its informal structure as a black comedy, but one that offers strong drafts of surrealism and absurdism … 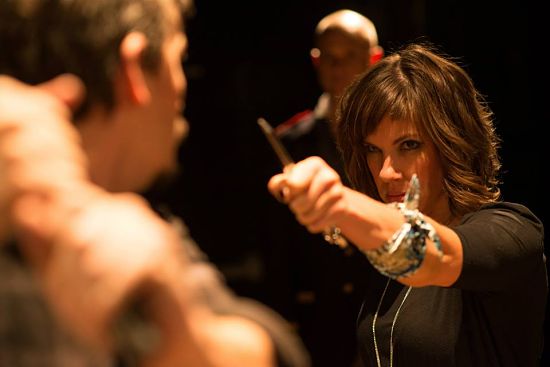 Review: Three, or the Sound of the Great Existential Nothingness by Breaking String Theater

“People don’t want what you want,” Andre comments to Olga in a half-dismissive and half pleading tone, This ironically sums up the positions of all the characters in the play: ironically, because none of them can admit or even be sure of what they really want.

What Philosophers Call It   A pause button. Many wish for it and none achieve it.   Many of life’s moments skyrocket past us with meteor-like frenzy. Some we miss altogether, because we were simply too wrapped up in, well, what we consider to be life. Vonnegut fantasizes about something similar in Slaughterhouse Five: the ability to stretch time out like taffy, look at each and every important moment from our past, and understand how they brought … 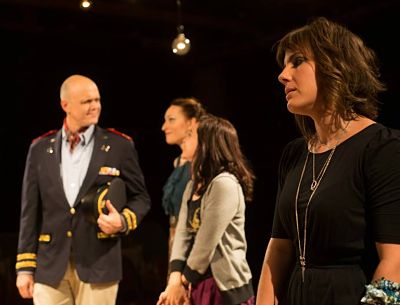 Review: Three, or the Sound of the Great Existential Nothingness by Breaking String Theater

By the end, it is clear that the characters will continue to stumble through their personal wreckage, but from that point on without the grinding misery of worrying that things could be better or could have turned out differently.

Brother Andre’s cell ringtone is Johnny Cash’s Ring of Fire, and that’s everything, right up front, for Three, or, The Sound of the Great Existential Nothingness by Timothy Braun.  Each and every character on stage goes down, down, down in a burning ring of fire, seemingly without redemption.   Breaking String Theater produces the play at the Off Center, possibly the east side’s most prestigious venue.  In marketing material, the play is described as a modern reworking of … 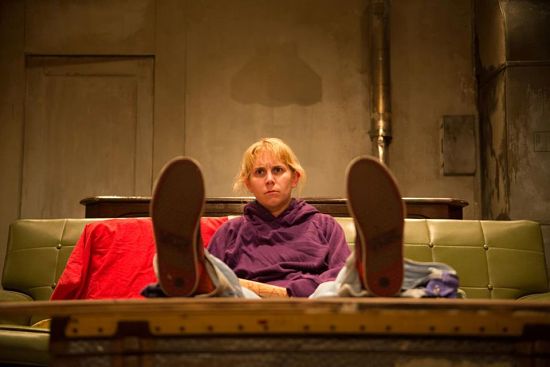 Review: STRIKE: I Am The Machine Gunner AND Martial Arts by Breaking String Theater

Any traces of nobility, socialistic brotherhood or love for Mother Russia have been washed out in the poverty and desperation of a nascent capitalist world of gangsters, corrupt cops, drug and alcohol abuse, Western films, and acting cool in the face of adversity.

Ambitious Desperation: A Look at Two Plays by Yury Klavdiev   “I was spread-eagled on the sand: catching my breath. My overheated machine gun was lying next to me; it was catching its breath too.”  The audience might indeed envy the machine gun’s respite as it is whirled along the riveting and volatile tale of a street thug appraising his life in terms of his hopes and his heritage in Yury Klavdiev’s one man opus, I … 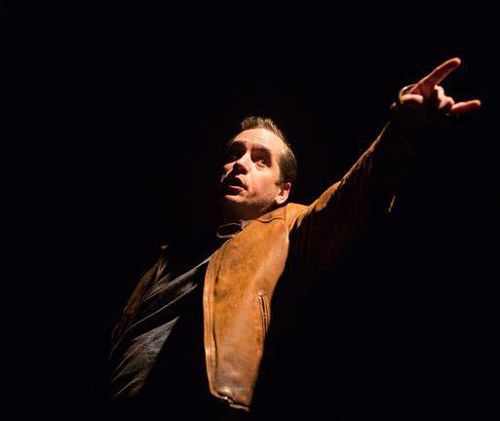 Review: STRIKE: I Am The Machine Gunner AND Martial Arts by Breaking String Theater

Since the fall of the U.S.S.R. Russian playwrights have focused not on politics but on the dark side of capitalism and its new avenues for crime.

The third annual New Russian Drama Festival in Austin, organized and hosted by Breaking String Theatre Company and its artistic director, Graham Schmidt, offered a full weekend of theatre to Austin, with impressive guests, panel discussions, staged readings, a musical program and full stage presentations of two world-class one-act plays by the preeminent contemporary playwright Yury Klavdiev.  My first and last impressions are that Austin is fortunate indeed simply to have access to such theatrical and artistic enrichment in …