In this sixty-minute solo show, Marian Licha conveys how the spirit of Kahlo prevailed against all odds to become a celebrated artist in her own right.  In Kahlo’s unconventional art class, the first lesson becomes the final lesson; death can be life and vice-versa. Her teaching unfolds as a personal story, packaged as ten “lessons.” Frida inspires her students to live life with passion.  Although a product of a patriarchal society, Frida finds her identity, passion and love by becoming an artist in her own right.

One actor will play the role of Frida, Diego, her sister and her father.

This series of comedic monologues, which the New York Times called "Glorious," chronicles the lives of various Latino immigrants dealing with transcultural shock of race and gender identity known as the "Hispanic breakdown."  The play is bracketed by the misadventures of the naive Frederico or "The Gay Little Immigrant That Could" who arrives in Los Angeles during the first day of the 1992 riots and believes he's witnessing the filming of another Lethal Weapon sequel.  Other characters include Vinnie, a kept boy being asked to leave the home of his wealthy sugar daddy because he's turned 30; Edward, a Latino actor passing for Anglo who gets a Latino part and has to deal with his real identity; the Demon Roommate, a lonely young man with an apartment a little too close to the airport; Paco, a Cuban restauranteur who was imprisoned by the Communists in Cuba for being gay and has now been exiled by his right-wing Miami family for the same reason; the Teacher, a stuffy, sexually repressed English-language instructor who abuses his Latino students when they can't learn properly the "language of Princess Di"; and La Gitana, a drag Flamenco dancer struggling with AIDS as he stages his final performance. The play ends with Federico's final misadventure as he tells of his newly found romance, a better job and his acquisition of citizenship in a grand, positive finale. "Some of the characters seem to be hanging onto their American existence by a thread, but make no mistake, these are tough, tenacious men."

One actor will play all roles.

* all roles will be paid a stipend 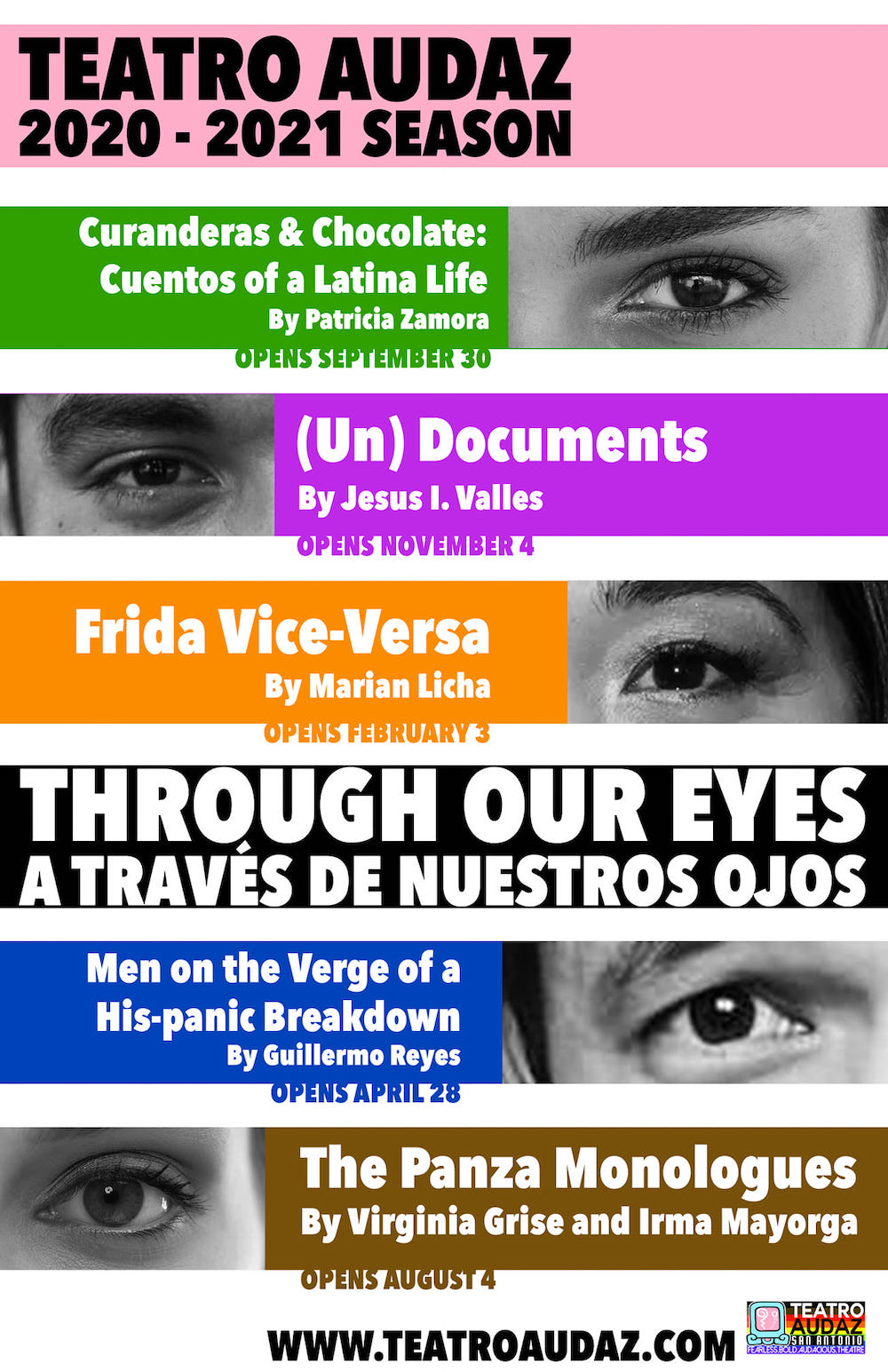 We are a non-profit theatre company in San Antonio that is focused on exploring the varied experiences and cultures of immigrant and Latinx people, through producing and showcasing the creative ...