The Invention of Love by Tom Stoppard, Austin Shakespeare
by Michael Meigs 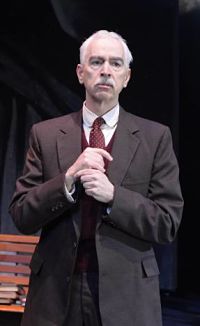 A script and production can be, unfortunately, too intelligent.

Live theatre is both a private and public art. Producer, director, cast and associates steep themselves in a script with the earnest desire to understand the author's intent, references and milieu, in order to deliver those as clearly and vividly as possible to an audience they already possess or hope to attract.

Stoppard's The Invention of Love is a deliciously erudite confection, a tour de force in the literal sense, a script that brings together a peculiarly vivid period in 19th century English cultural life and literature. The playwright exhibits a mastery of the historical moment, the sociology, the particular and peculiar institution that was Oxbridge academe, and discourse on classic literature in Latin, sometimes in Greek; his inspired and inhibiting imagination unveils itself initially in the classic underworld on the shore of the River Styx, revealed subsequently and fleetingly to be a succession of visions in the dying consciousness of the poet A.E. Houseman.

As always, the company's production values are top notch, starting with the -- again that word -- inspired choice to bring Philip Goodwin from the Washington DC area to portray the dying poet. Goodwin's precision of speech and the still intensity of his regard are riveting. I had the privilege to see him almost nine years ago in the Shakespeare Theatre's production of An Enemy of the People, for which he won the Helen Hayes award for supporting actor. Goodwin bears a startling physical resemblance to Houseman. His slim, self-mastered appearance perfectly fits the persona of the man quietly but rabidly devoted to the Latin classics, a failed Oxonian who worked for years at the patent office before his brilliant literary analyses won him a permanent position at Cambridge. 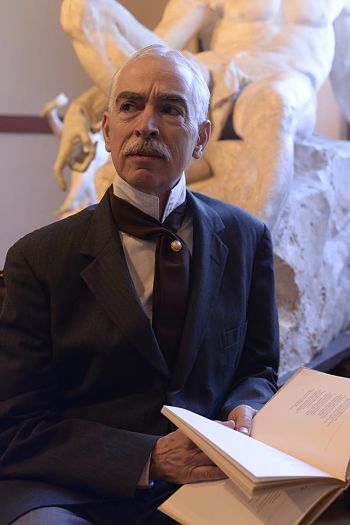 There's a certain thrill to seeing Houseman's memories and to watching him enter into dialogue with his younger self (André Martin), whose appearance and demeanor smoothly match those of the character realized by Goodwin. Erik Mathew as Moses John Jackson, Houseman's friend and object of the poet's intense physical longing, is attractive, outgoing, athletic and confident, everything the young Houseman is not. This trio has a vigorous, dreamy dynamic.

All three of these actors have been recruited from elsewhere. In pursuit of her vision, director Ann Ciccolella elected to pursue the Austin (formerly Lyric) Opera pattern of bringing in talent of the highest caliber.

It's not quite caviar to the general, but Austin Shakespeare's production of The Invention of Love simply outruns the cultural reach of almost everyone in its audience. Dramaturg notes by Jim Hankinson and Paul Hay may give a wobbly framework to those attending, but Stoppard's delight in elaborate discussions of Latin grammar and textual reconstruction, and his parading of personalities of the period certainly obscure to most of us (Jowett, Ruskin, Pater, Labouchère) leave many in an Austin audience mystified and annoyed.

The playwright's whimsical touches help reassure them and probably prevented a mass exodus at the intermission. The theme of water and boating gives the company the opportunity to present a rustic red-maned Charon (Chase Brewer) to comment about the underworld, as well as remembered outings by skiff along the Thames. More to the point, however, is the theme of intensely vibrant and unsatisfied sexual longing, explored as if by proxy in Act I discussions of the classics and more in depth in Act II with the passage of laws against 'indecent behavior' between males. 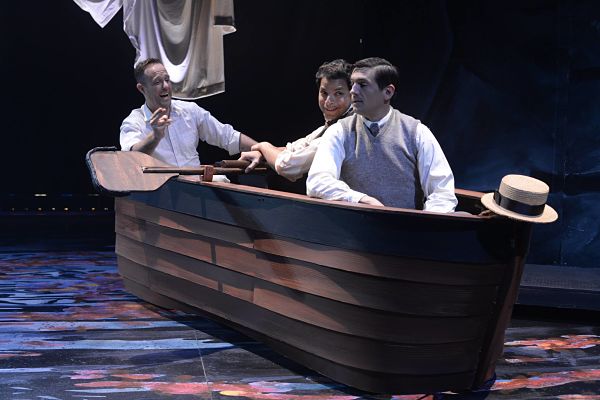 Houseman's friends deride a flamboyant undergraduate, initally unnamed, who turns out to be Oscar Wilde. Brian Coughlin's appearance as a chunky version of Wilde provides the Houseman characters with a foil in matters gay, and Coughlin is credible both with Wilde's exuberance and the disasterous effects of his prosecution. 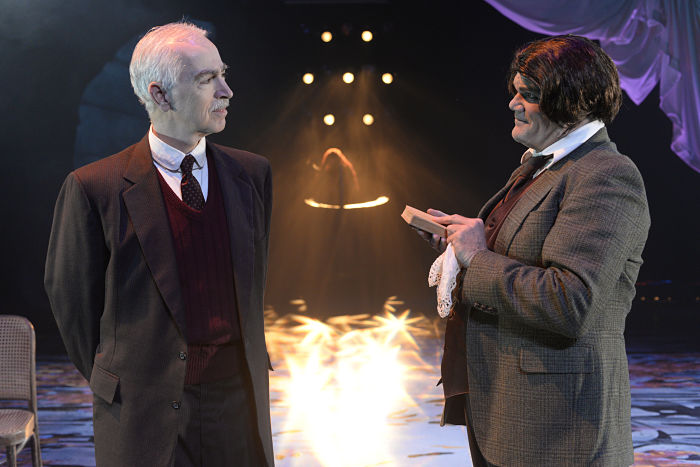 The invention of Love has great brilliance of character and of playwriting; but in order to understand and appreciate this wealth, an audience would need a different background or preparation in history and matters esoteric to Central Texas. That's unfortunate, but one cannot really blame the audience for it. I greatly appreciated the opportunity to linger by the Styx and the Thames with Philip Goodwin and the rest of the company.

Click to view the program for The Invention of Love 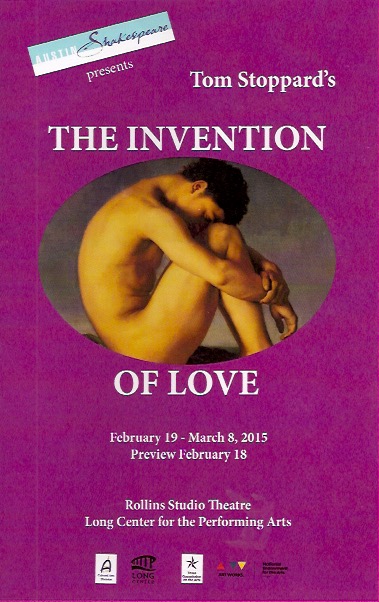 The Invention of Love
by Tom Stoppard
Austin Shakespeare

As a Resident Company of the Long Center, Austin Shakespeare will perform Invention at the Long Center Rollin's Studio Theatre 8 pm Thurs-Sat and 3 pm Sunday from Feb. 19-March 8 with a low priced preview on Wed Feb. 18.